DeMarmels, Jurg, 1992, Dragonflies (Odonata) From The Sierras Of Tapirapeco And Unturan, In The Extreme South Of Venezuela, Acta Biologica Venezuelica 14 (1), pp. 57-78: 65

Material. 2♀ (reared, with their exuviae), Base Camp.GoogleMaps

Remarks. This is the first record of T. dentata  from Venezuela. Adults were not seen. but in numerous phytotelmata held by a fallen tree (see under Microstigma rotundatum  ) about a dozen larvae of early instars were found, together with also small larvae of Libellula herculea Karsch. Only  the two females could be brought to emergence.

Santos (1973) describes the larva of T. caribbea Williamson, and Carvalho (1988)  that of T. ditzleri Williamson. From both, T. dentata  larvae might be separated on the basis of the reduced number and peculiar disposition of the palpal setae. 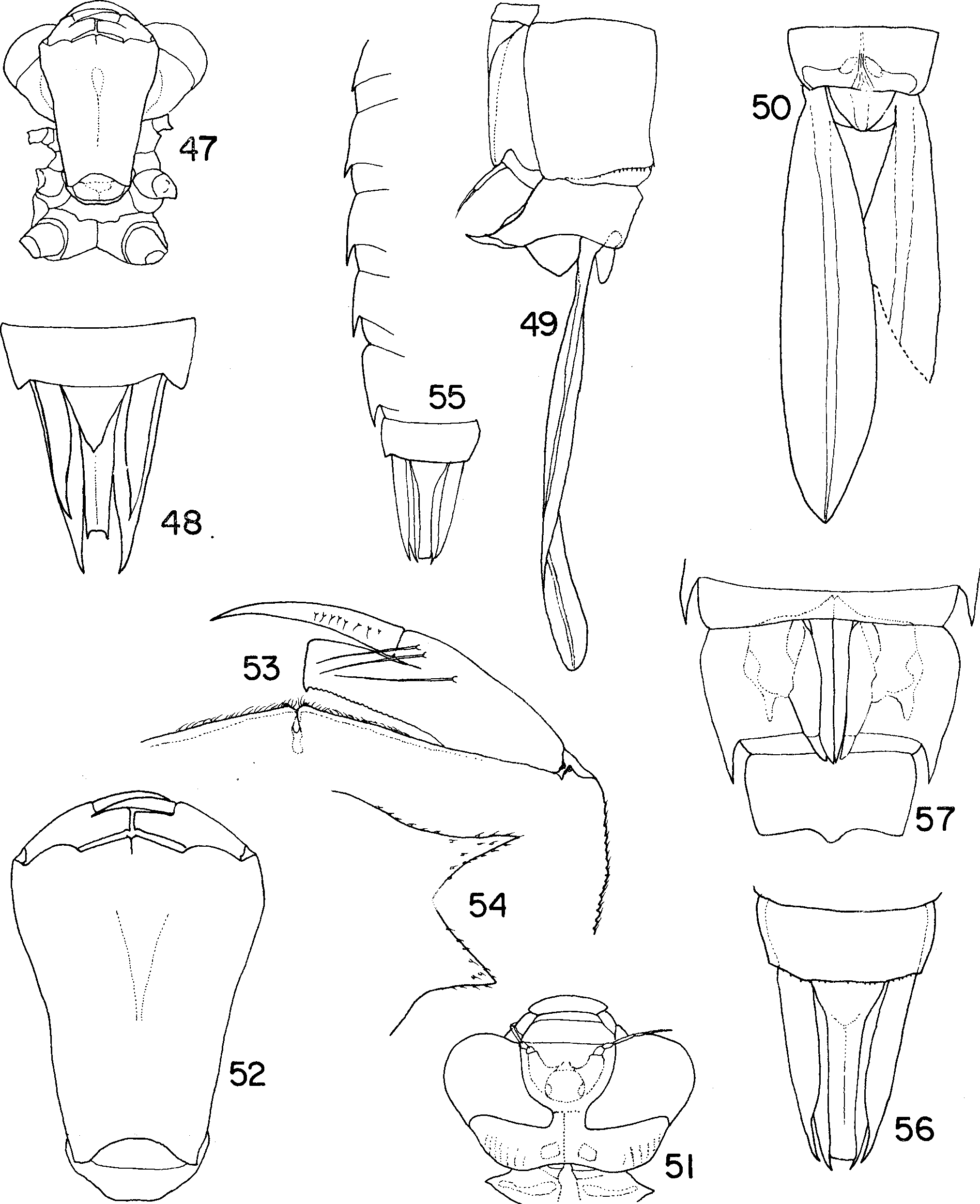