Diagnosis. This species differs from other species of the E. (En.) mira   species group by the absence of dark spots at the base of the dorsocentral setae, male right hind femur without anteroventral setae opposite subapical swelling on tibia ( Fig. 30 View FIGURES 22–31 ) and male and female mid femur with long posteroventral setae at most slightly longer than width of femur ( Fig. 11 View FIGURES 10–11 ).

Etymology. This species is named after one of the collectors of the type series, Issac Winkler (Cornell College, Mount Vernon, Iowa), who was also one of the principal investigators who initiated our study of E. ( Enoplempis   ).

Distribution. This species is known only from the type locality in Fresno County, California ( Fig. 41 View FIGURES 41–42 ). 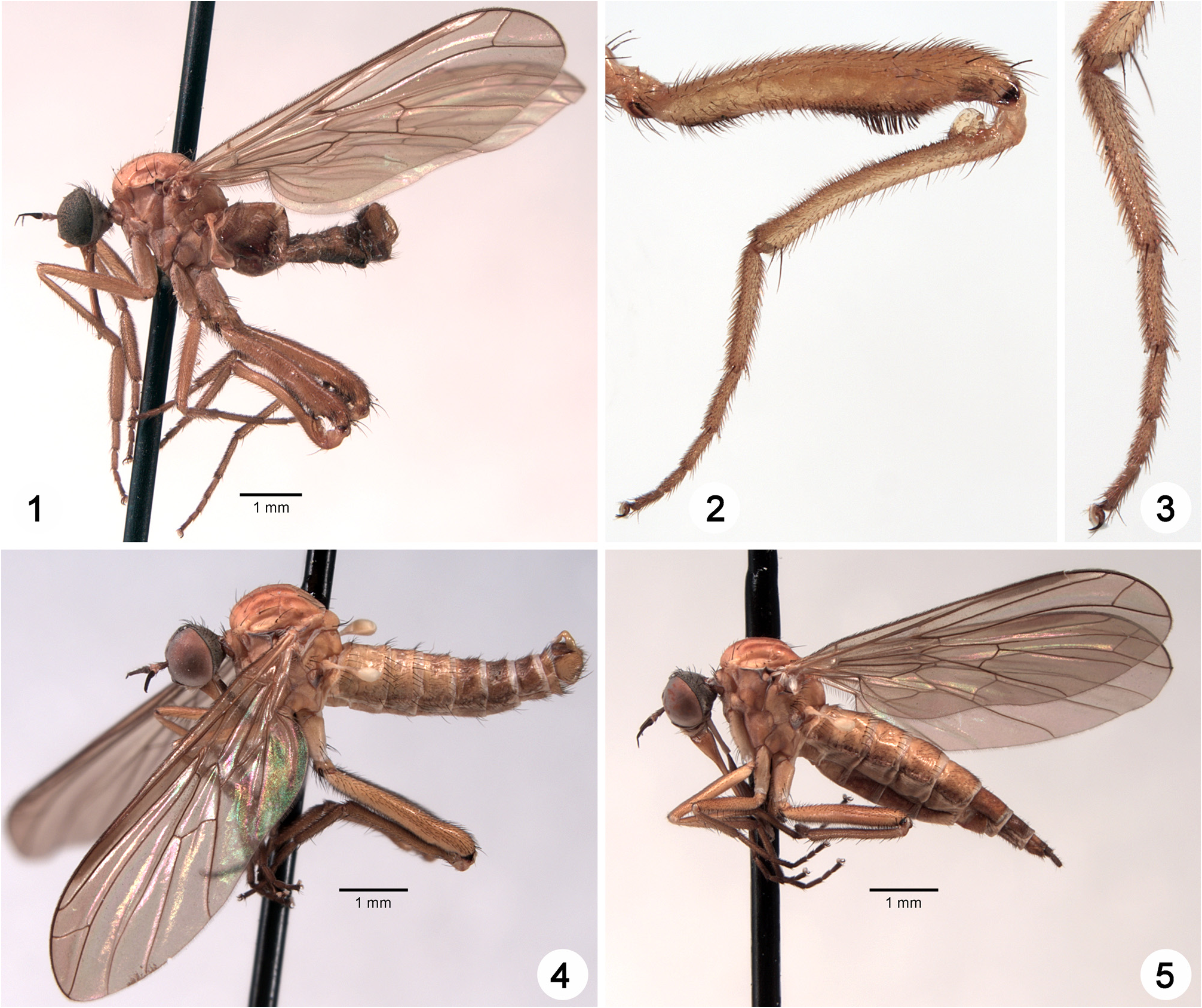