This species has a configuration of elytral striae not found in any of the other species treated here. It has five discal striae and is lacking a submarginal stria and would fall in the longicornis species group together with C. befasicus . However, the five striae are likely not homologous as C. befasicus has an abbreviated first stria, whereas the first stria is entirely lacking in this specimen, therby creating an interstriae space double in width compared to the outer intervals. But despite the lack of the first stria, it has five striae on the central and lateral parts of elytra where C. befasicus only has four. In addition, the striae are very faintly impressed, intermediate between real striae and the puncture lines found in C. peridinus . The colouration is uniformly brownish black like in C. peridinus and the body size is also similar. This specimen is possibly a different species compared to all others presented here; however, we cannot rule out that intraspecific variation of C. peridinus ranges from two defined puncture lines to five weakly impressed striae. They are very similar in all other aspects. We managed to sequence a partial fragment of CO1 (447 bp) from the Andasibe specimen (NHRS-JLKB000065698) and this indeed showed that this specimen is closely related to, or possibly conspecific with, C. peridinus . Genetic distance between them was 3.0% (K2P). Such a level of intraspecific variation is not impossible but unlikely given they were from the same locality (Analomazaotra reserve). Together with the morphological characters we believe this may be a different and distinct species, but we await the discovery of a male before the identity can be established with confidence. The second female from Namorona River near Ranomafana NP (NHRS-JLKB000065762) is substantially larger (6.4 mm) than the female from Andasibe (5.6 mm) but otherwise shares the same characteristics (for distribution see Fig. 11B View Figure 11 ). 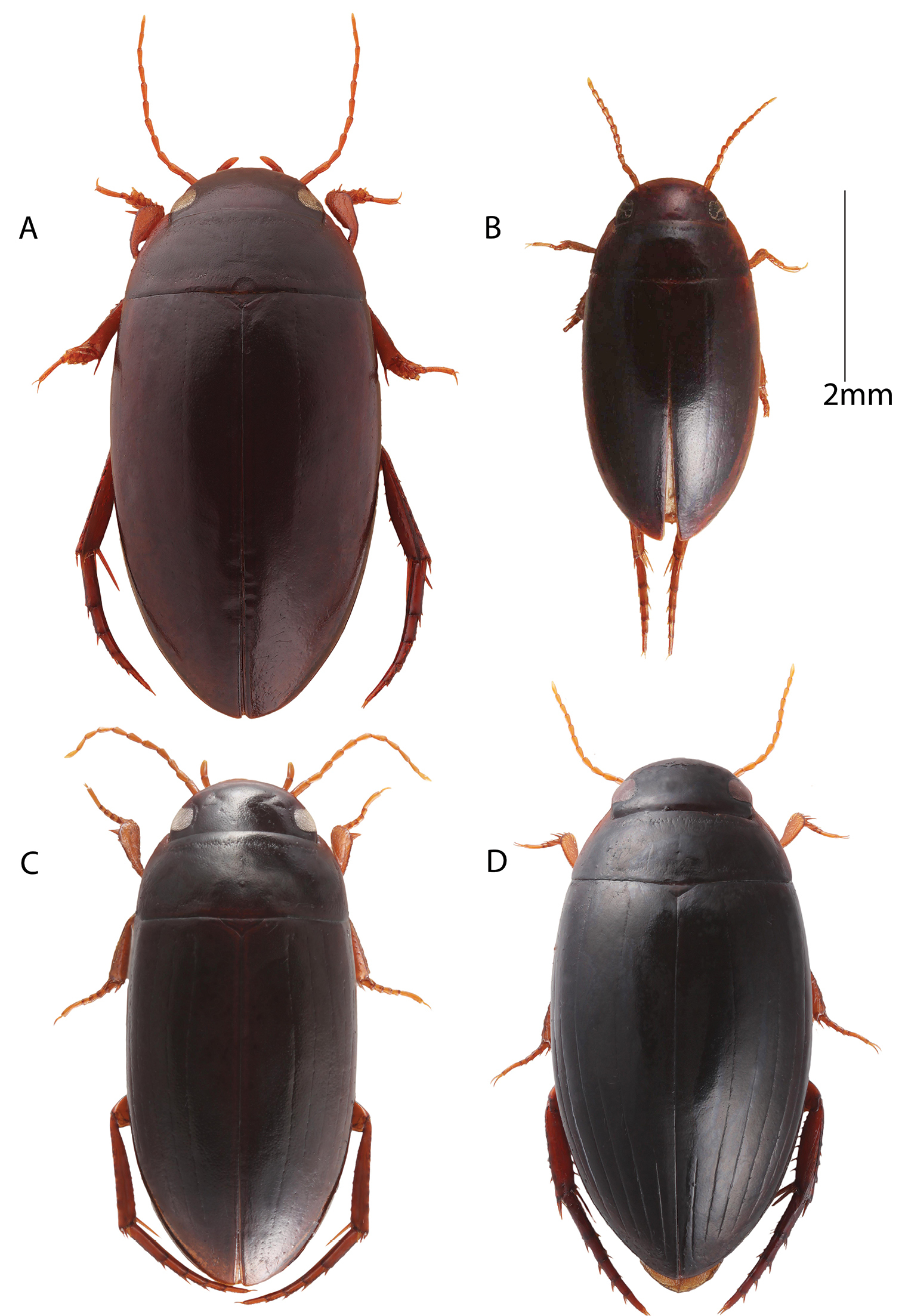 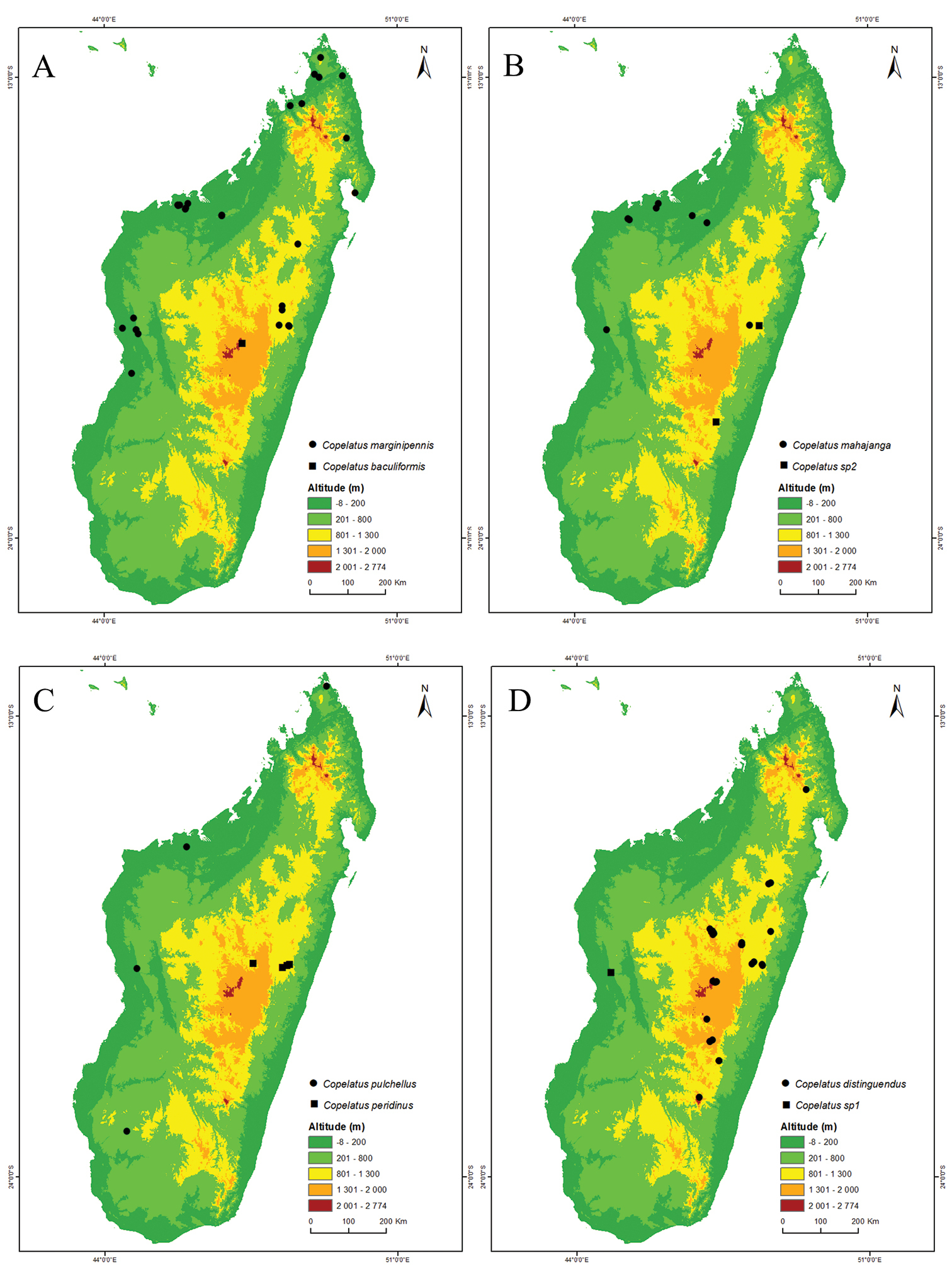