Head orbicular, as long as wide, eyes slightly longer than temples (ratio 13: 11). Anterior margin of each eye with one puncture. Temporal area with several coarse punctures. Surface with very dense and fine microsculpture consisting of transverse and oblique waves.

Differential diagnosis. Mentophilonthus tristichus may be distinguished from the most similar M. seriatipennis by the paler maxillary and labial palpi and different punctation of the elytra; it differs from M. crocuta sp. nov. by the longer and more rounded head, longer pronotum and elytra, darker elytra and denser and coarser punctation of the elytra and abdomen; from M. hystrix sp. nov. it differs by the shorter and darker elytra and narrower head. It differs from all above species by the shape of the aedeagus.

Distribution. Democratic Republic of the Congo. 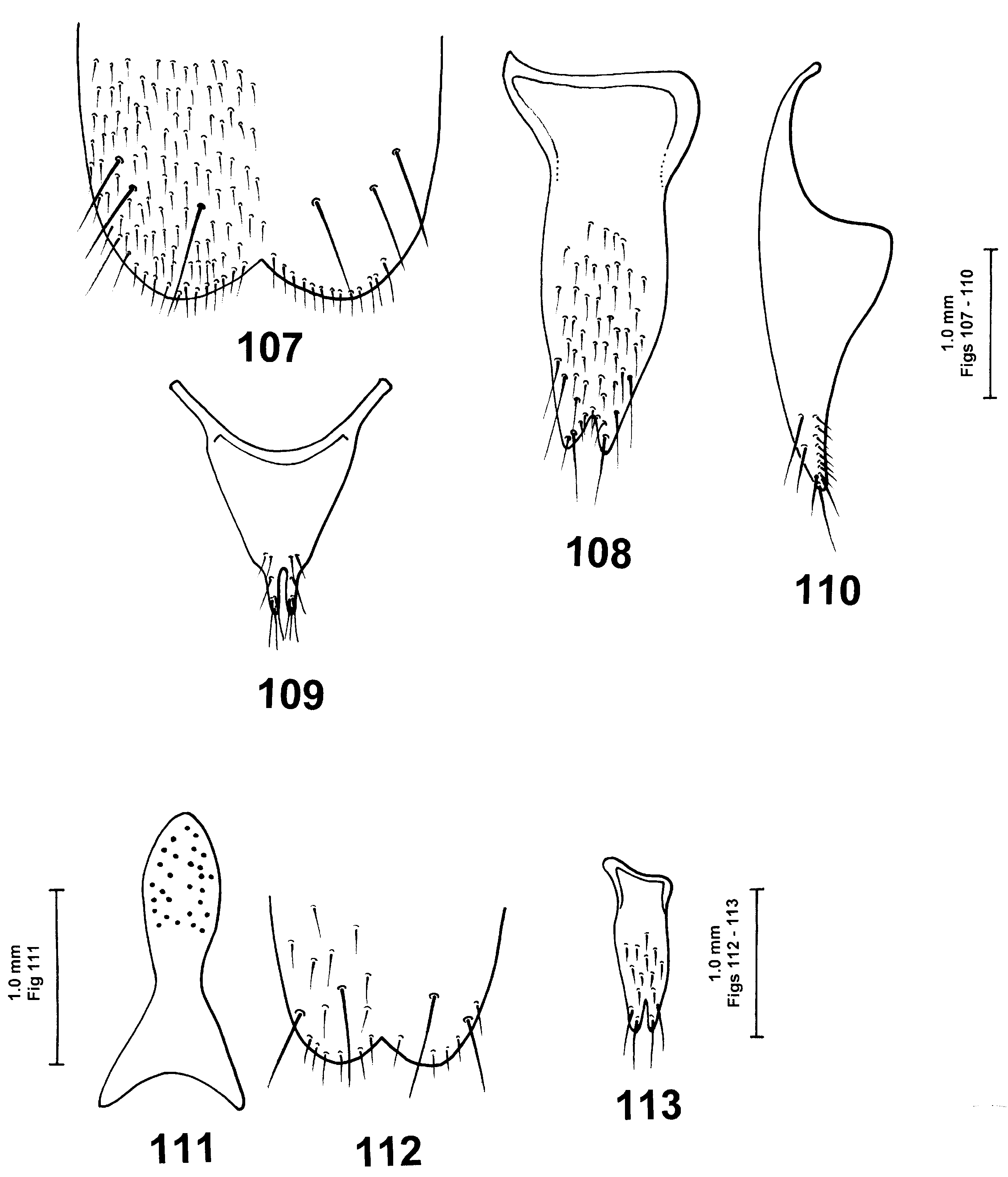