Differential diagnosis. Mentophilonthus dilucidus is similar to M. struthio , from which it may be distinguished by the shorter antennae, narrower elytra, paler elytra and abdomen, and sparser punctation of the elytra and abdomen. It may be distinguished from M. curiosus by the coarser punctation of abdomen, and from both above species by the shape of the aedeagus. 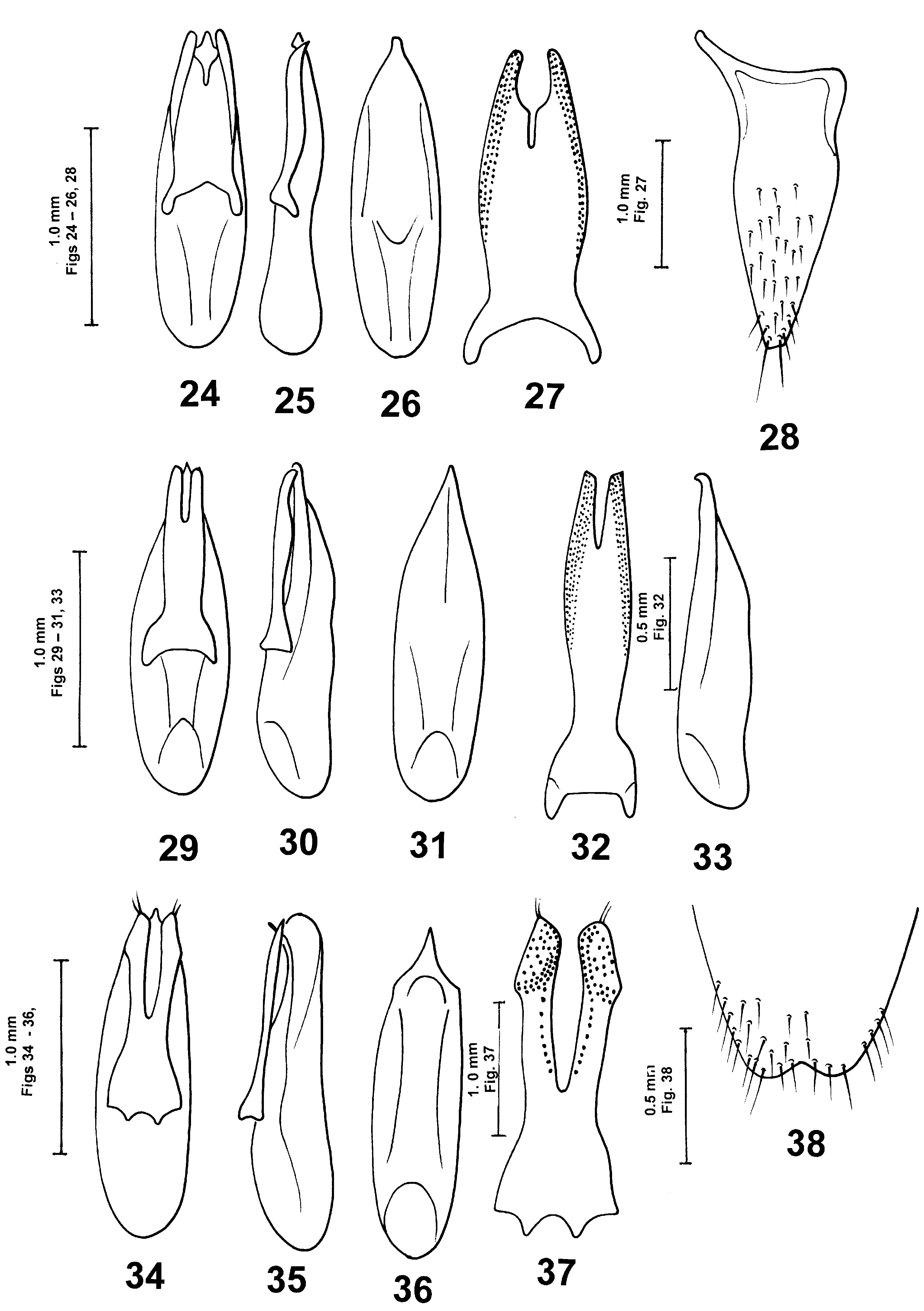