Pronotum as long as wide, slightly narrowed anteriad. Lateral margins with one long, brown-yellow bristle in anterior half. Each dorsal and each sublateral row with one puncture. Microsculpture similar as that on head.

Scutellum rather densely and finely punctate, punctures somewhat smaller than those on elytra. Surface partially with microsculpture much finer than that on head and pronotum. Setation black, relatively long.

Abdomen with visible tergite III widest, slightly narrowed from it toward base and apex. First four visible tergites of abdomen with two basal lines, elevated area between basal lines impunctate. Punctation on bases of all tergites slightly finer than that on elytra, punctation of each tergite gradually becoming finer and sparser posteriad. Surface without microsculpture; setation of the same colour as that on elytra. 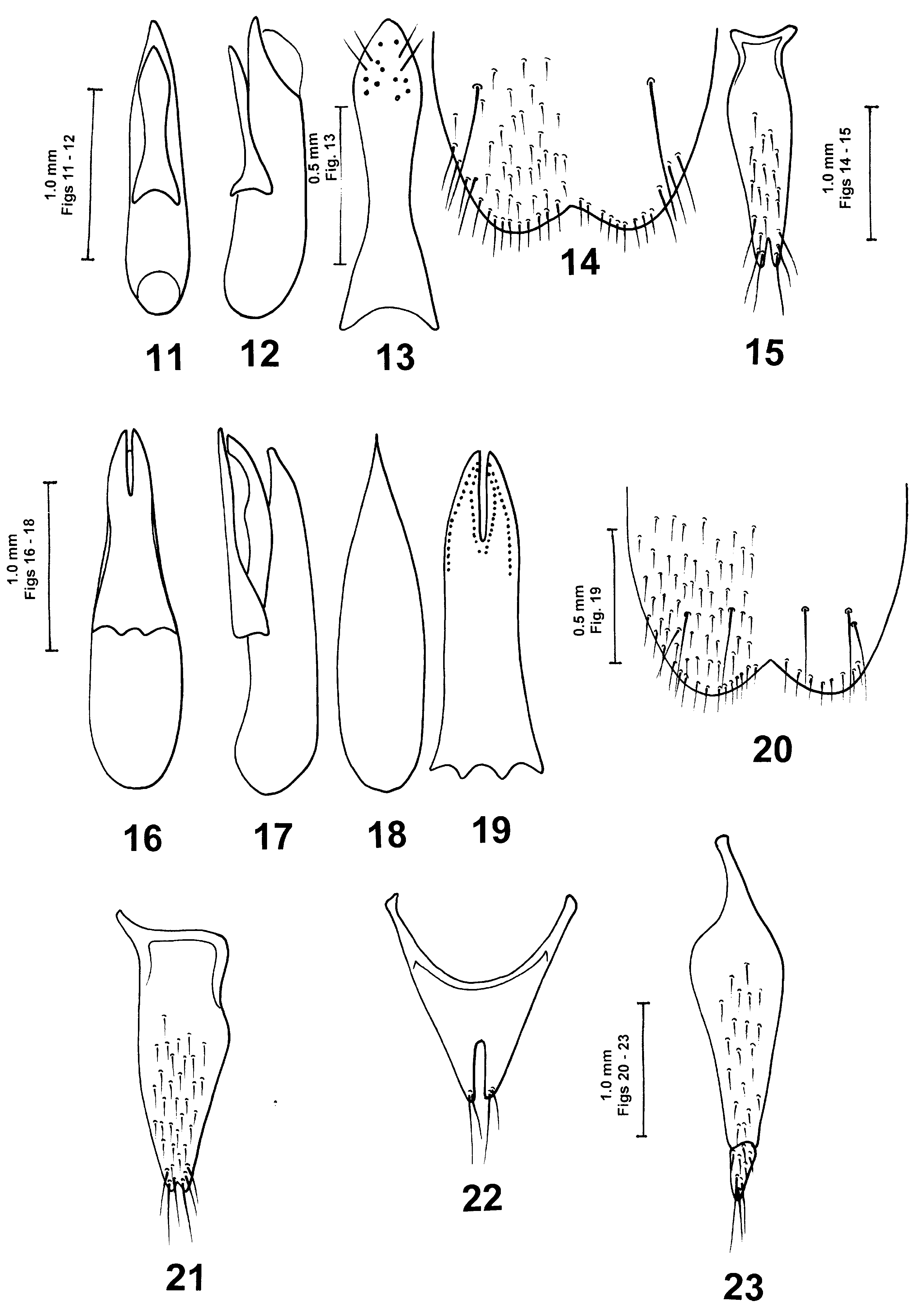