Economic importance. Mani & Krishnamoorthy (1998) considered P. polygonata   to be a serious pest of mango ( Mangifera indica   ) in India. In addition, Williams & Watson (1990) noted that P. polygonata   could be a potential pest of citrus because of its host preferences. The species is frequently intercepted at U.S. ports ( Miller & Miller 2003).

Remarks. Pulvinaria polygonata   closely resembles P. aurantii Cockerell   , but is easily separated by the number of stigmatic spines in each spiracular cleft: P. polygonata   has 4–5, whereas P. aurantii   has only 3 ( Takahashi 1955b). 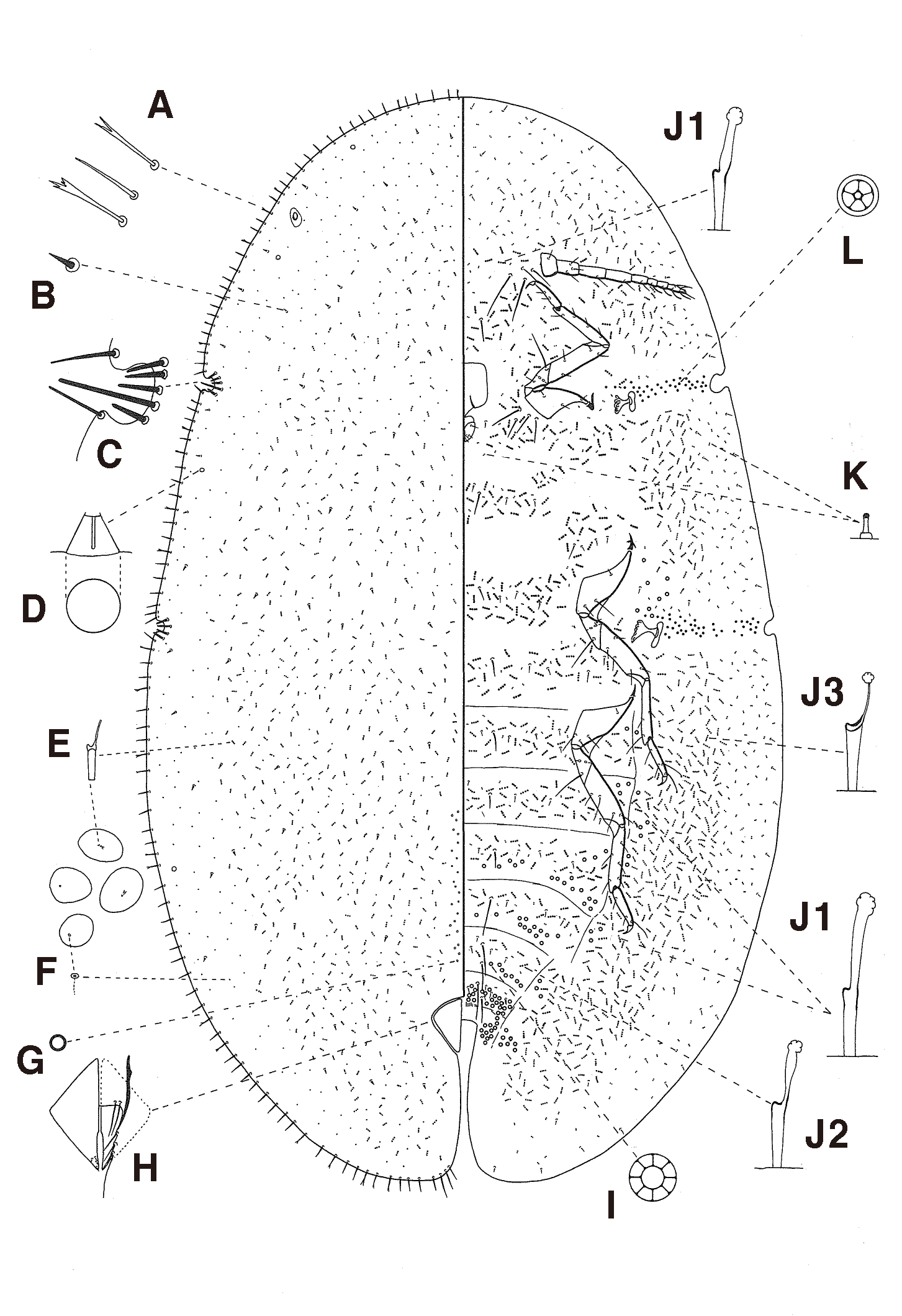