DISTRIBUTION. — Previously, this species was known from the South of Spain (García-Gómez & Bobo 1984) and Cape Verde Islands (Ortea & Rolán 1989). This paper is the first record from Angola, a significant southern range extension.

The background body colour is whitish in the living animal. The dorsum and sides are longitudinally crossed by orange and yellow alternating lines ( Fig. 8A View FIG ). The orange lines are mostly present on the side of the animals and in the anterior part of the dorsum, whereas the yellow lines are more abundant on the dorsum and in the posterior areas of the body. Some specimens have a greyish pigmentation on the dorsum, which may cover the whole body or just part of it. However, the cephalic area is always white with three orange lines between the rhinophores, which may have a grey area around them. Some specimens have a greyish colour only in the centre of the dorsum that is absent on the tail. The velum bears six appendages that are yellow with a white base. Some specimens have also a white apex. The rhinophores may be white or yellow and have a black ring near the apex, which is always white. At the base of the rhinophores (always white) there are orange and yellow spots. One of the specimens has black rhinophores. There are between eight and eleven unipinnate branchial leaves, white with small orange and yellow spots on the rachis. Some specimens have a black ring near the apex of the leaves. The specimen with black rhinophores has a black gill as well, with an orange rachis. Each animal has a white extrabranchial process on either side of the gill, which has yellow lines arranged just at the apex or almost all over the appendage.

The dorsum is covered with numerous, minute spicules, 10 µm long or smaller. The majority are oval ( Fig. 8D View FIG ). There are also a few large and scattered spicules bigger than 200 µm, being elongated with tubercles or cusps in their centre ( Fig. 8C View FIG ).

The radular formula is 8-13 × (4.2.0.2.4) for specimens between 5-15 mm preserved length. The radula has two inner lateral teeth, the innermost being smaller than the second ( Fig. 7B View FIG ). Both have a rectangular peak. There are four rectangular-shaped outer lateral teeth, which decrease in size towards the outer edge. The oesophagus is straight. The intestine emerges from the left side of the animal, surrounds the digestive gland anteriorly and descends to the right side to the anus. The irregularly circular- shaped heart is connected by the aorta to the blood gland, situated near the oesophagus.

The egg mass is spirally coiled, 0.6 mm in height. There are about 24 embryos occupying the whole height of the egg ribbon. The cream-coloured embryos are enclosed in a much larger capsule. There is only a single embryo per capsule. Capsule measured: 124-148 µm (mean: 136 µm). REMARKS

García-Gómez & Bobo (1984) described Polycera aurantiomarginata García-Gómez & Bobo, 1984 from the South of Spain, as having a black or dark grey background colour, less pigmented in the cephalic area. Yellow lines and yellow spots are present on the dorsum and on the sides. The spots close to the foot are orange to reddish. The veil has six appendages; frequently the two central appendages are orange and the rest is yellow. The basal and apical regions of the rhinophores are translucent whitish, exhibiting less coloration than the rest of the body. There is a black ring near the apex of the rhinophore. The branchial leaves are pigmented like the rhinophores except for the rachis that is yellow. The extrabranchial processes are hyaline white at the basal area, and vary from yellow to orange nearer the apex.

On the other hand, both European and African specimens have numerous spicules that are identical in shape, but the spicules described by García-Gómez & Bobo (1984) were 150 µm long rather than 10 µm long as in specimens from Angola. We have examined the holotype of P. aurantiomarginata which has spicules with the same shape and size as the material from Angola (10 µm long or smaller). There is another type of spicules that García-Gómez and Bobo did not describe. These are fewer in number but have a much larger size (up to 200 µm) and less variability in form. They are present in the holotype and in our material from Angola. The radular formula is similar between European and African specimens, as is the radular teeth morphology. We observed no differences between the reproductive systems of García-Gómez & Bobo’s (1989) original description and our material from Angola.

Polycera xicoi Ortea & Rolán, 1989 was described by Ortea & Rolán (1989) from the Cape Verde Islands. The radular morphology, external shape and coloration of this species are identical to that of P. aurantiomarginata , including our material from Angola. Consequently, we think that this species must be considered as a synonym of P. aurantiomarginata . 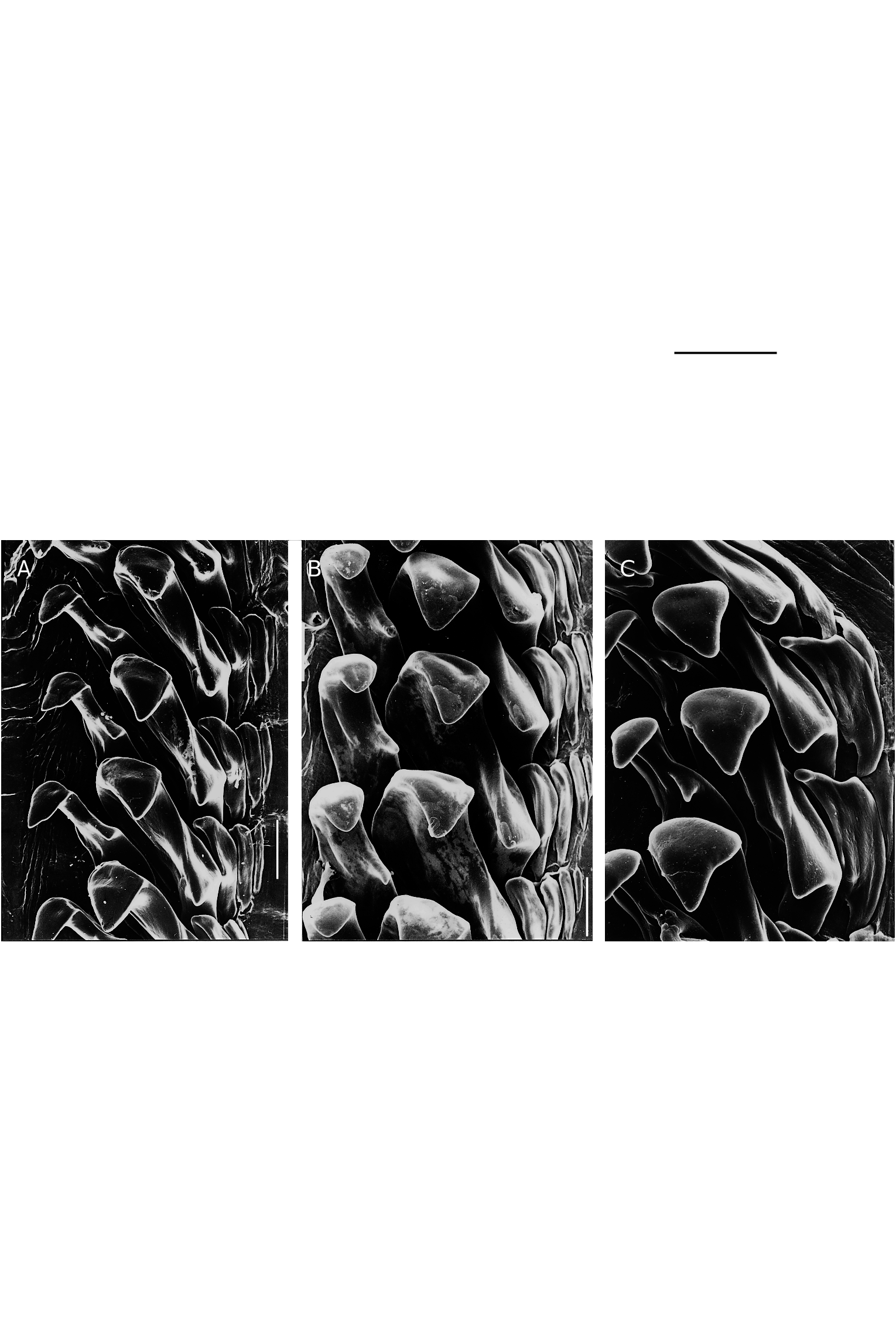 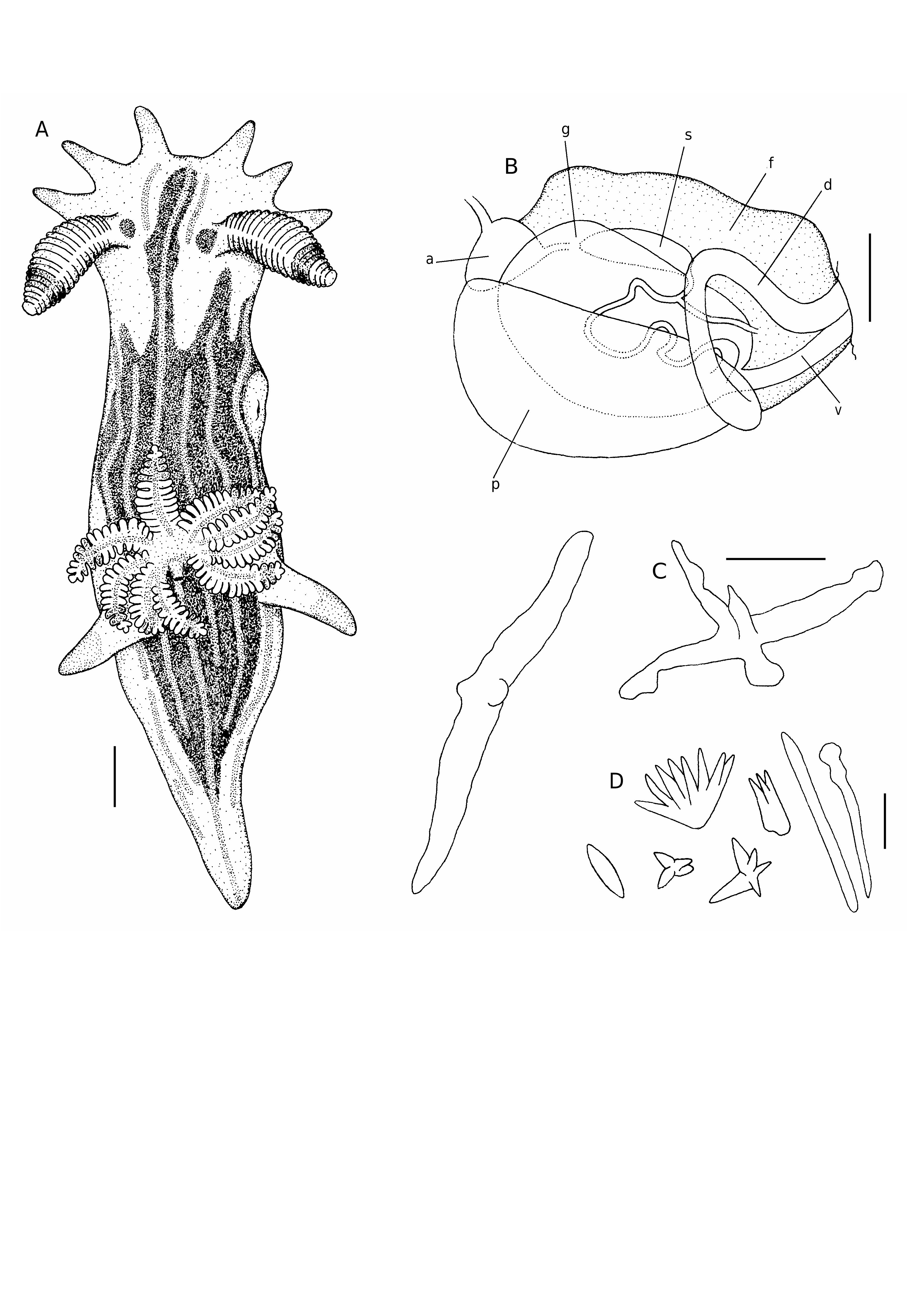