Named after Robert Zuparko of the California Academy of Sciences; gender feminine.

Defined by Heraty (2000: 375) as the Orasema monomoria   group as based on the single species Z. monomoria   (Heraty), comb. n. and on a single recently emerged teneral female. Another distinctive species is recognized herein, Z. fisheri   sp. n. The two species are morphologically distinct from each other, and the divergence in their ribosomal and mitochondrial data is generally what is expected between different genera in other Oraseminae  . However, morphological features support recognition of a single genus. Zuparka   is most similar to the African Leiosema   , the only other orasemine with ventral pores on the male scape. Based on Z. monomoria   , Zuparka   is the only genus with a pupa that lacks pronounced tubercles over the petiolar region (c.f. Fig. 37 View Figures 34–37 ) or laterally on the lateral abdominal region (Heraty, 2000). It is also the only genus known to attack Monomorium   ( Myrmicinae  ). 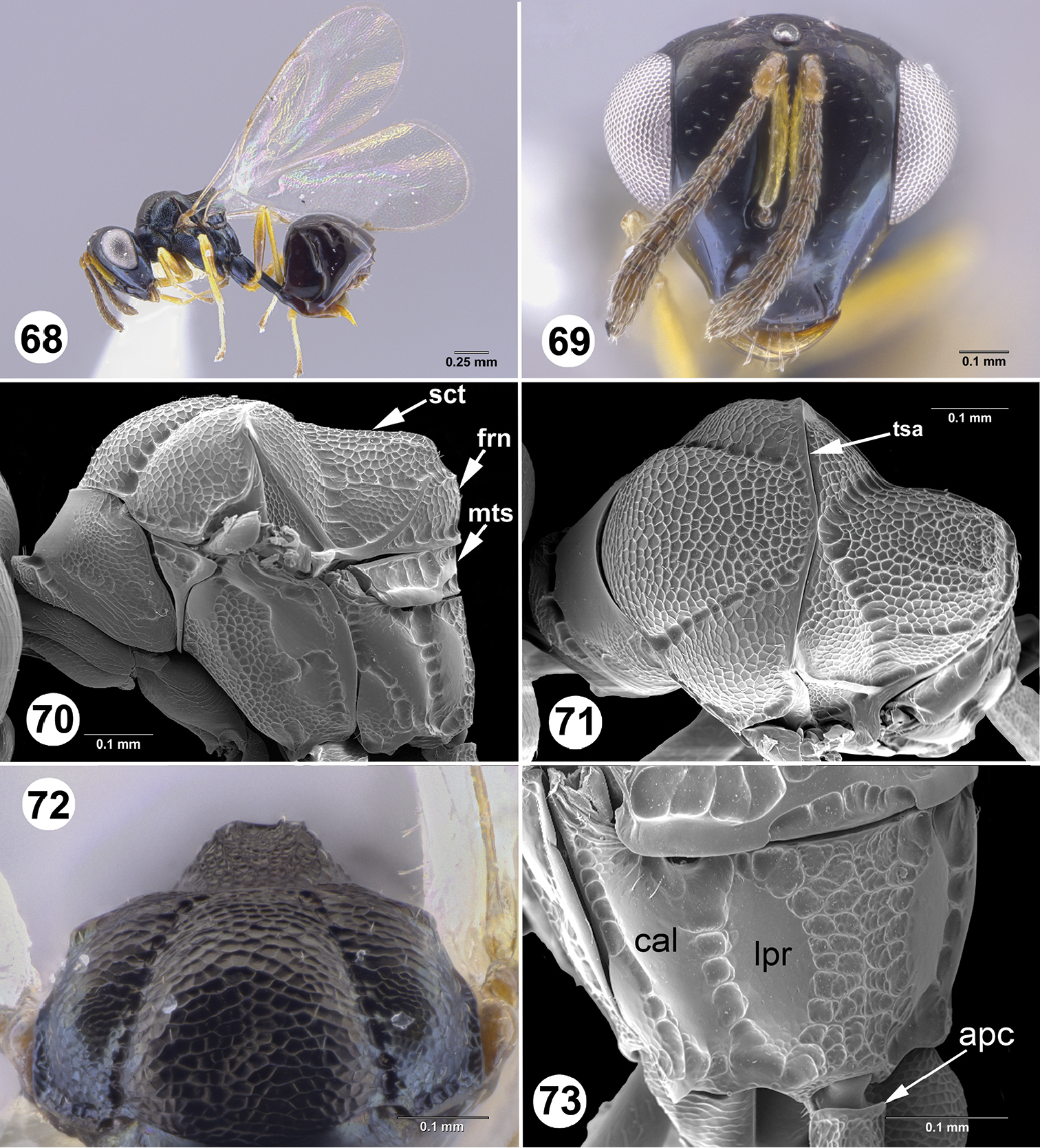 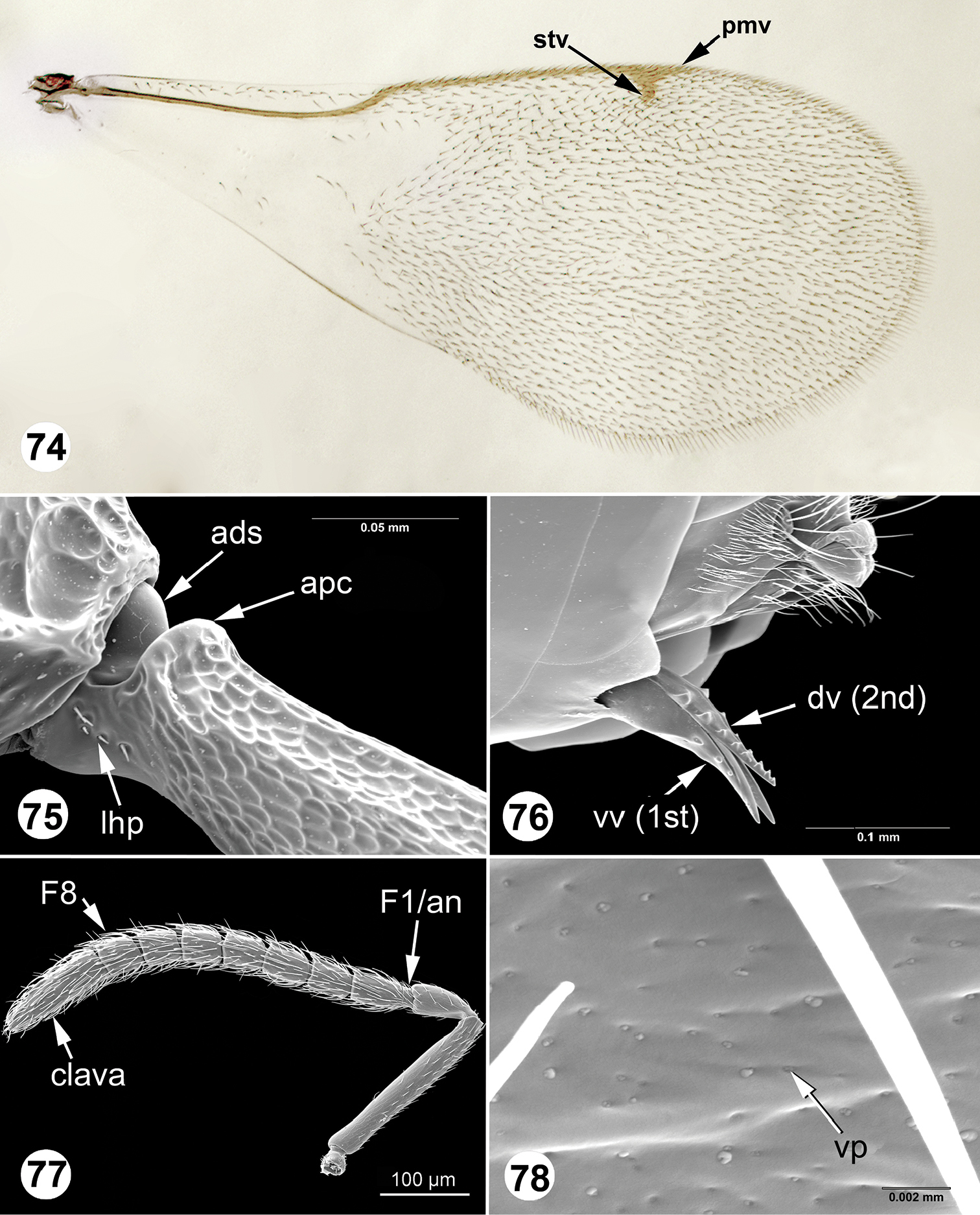 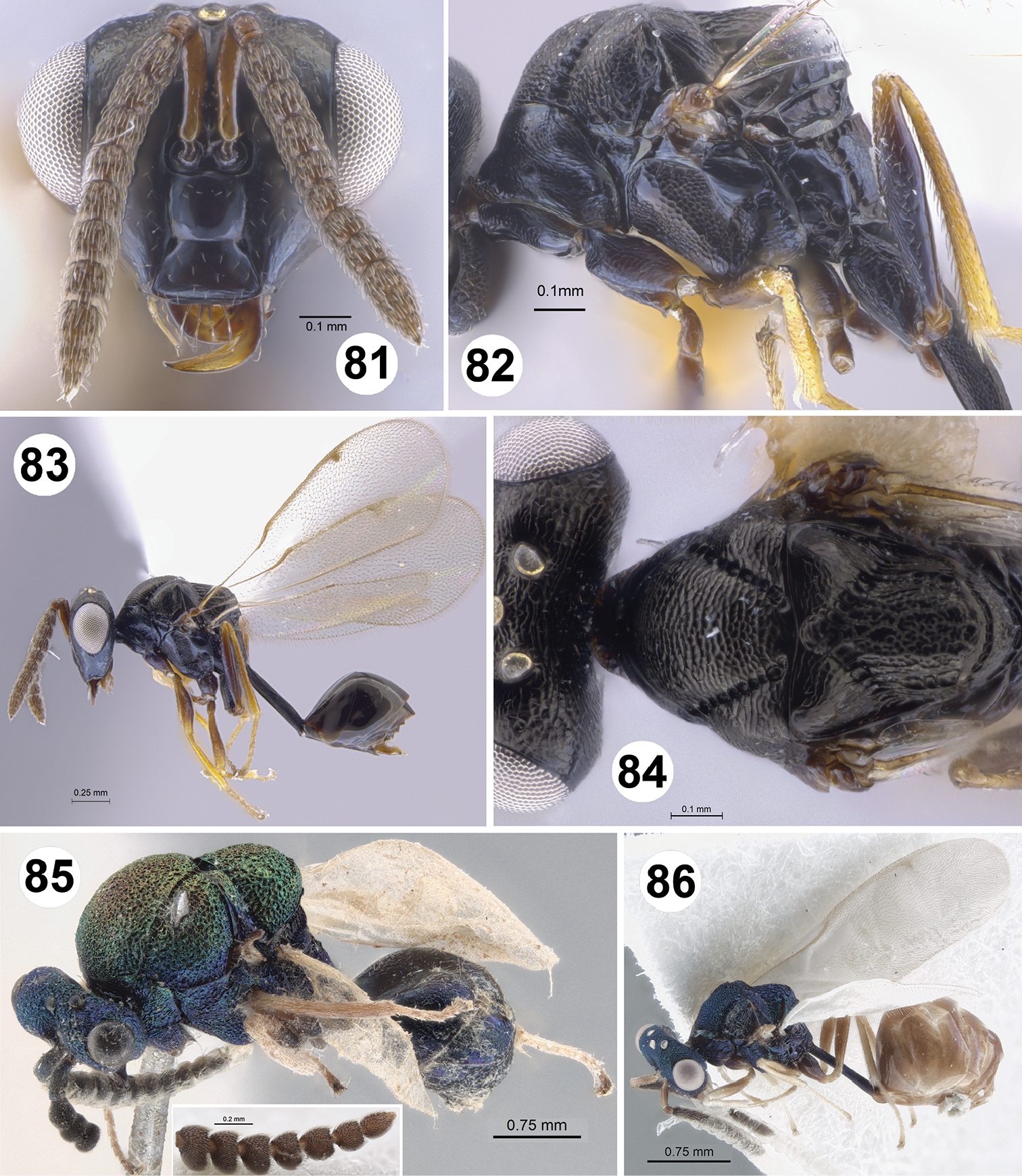 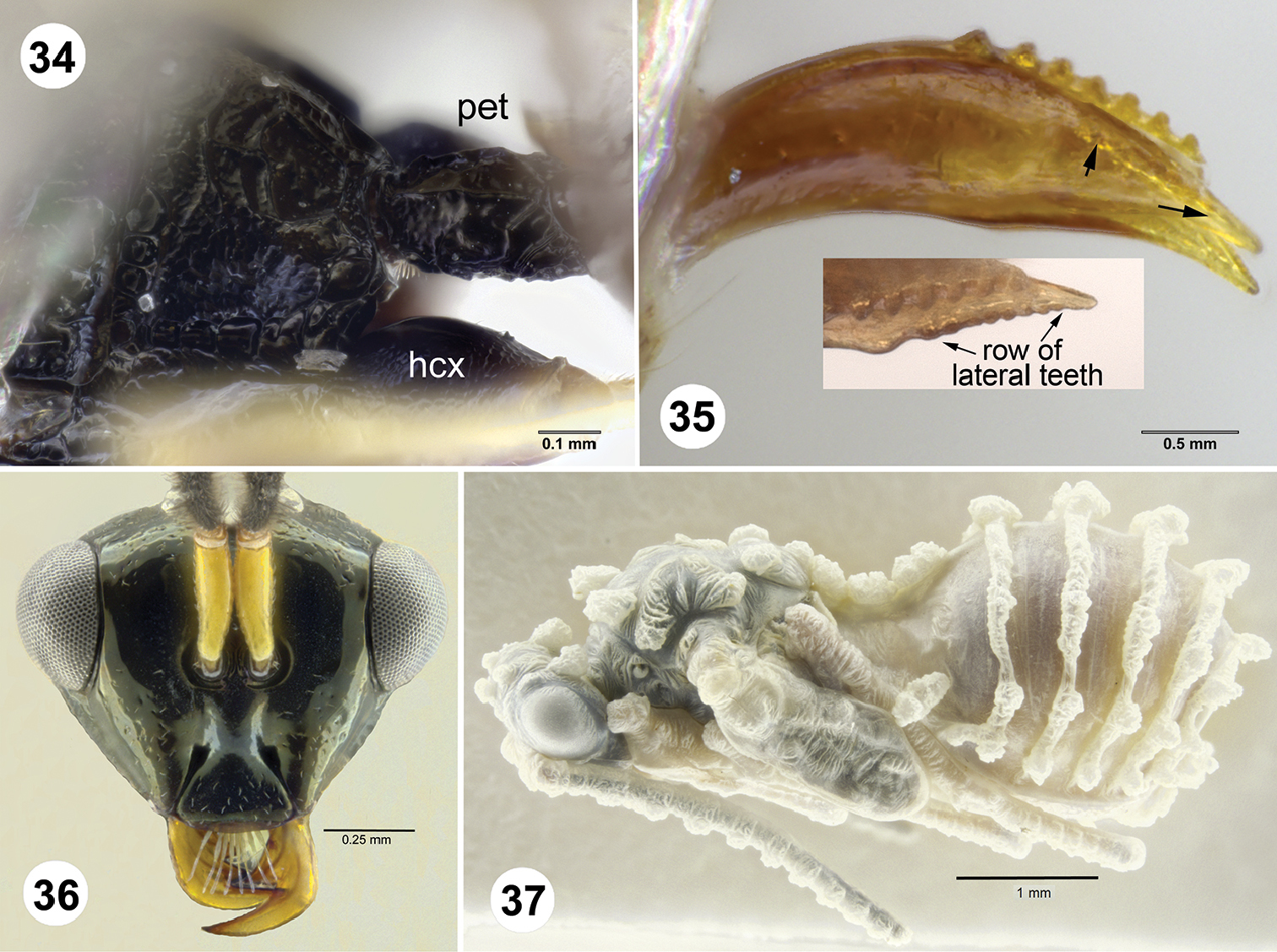