Etymology: The specific epithet (Latin, adjective: with two apices) alludes to the shape of the apex of the aedeagus.

Pronotum ( Fig. 14 View Figs 9-18 ) 1.23 times as long as broad and 0.98 times as broad as head; lateral margins subparallel in dorsal view; punctation slightly finer than that of head; impunctate midline broad; interstices without microsculpture, on average somewhat broader than diameter of punctures.

Abdomen 1.08 times as broad as elytra; punctation fine and moderately dense, only slightly sparser on tergites VII and VIII than on tergites III-VI; interstices with distinct microsculpture; posterior margin of tergite VII without palisade fringe.

Comparative notes: Based on the morphology of the aedeagus and the male secondary sexual characters, L bicuspidatum   is undoubtedly closely related to L. molodovae TICHOMIROVA 1976   and allied species, which are distributed in the Russian Far East and East Siberia, and which were attributed to the L. sibiricum   group by RYVKIN (2007). It is reliably distinguished from them only by the morphology of the aedeagus. For illustrations of the male and female sexual characters of other species of this group see RYVKIN (2007).

The only other Lathrobium species   known from the Chinese province Jilin is L. jingyuetanicum LI & CHEN 1990   , which was described from the Jingyuetan National Park to the southeast of Changchun, a locality of relatively low altitude separated from the type locality of L. bicuspidatum   by nearly 300 km. Unfortunately, aside from an indication of the body size (6 mm) and a reference to eye size (one sixth as long as postocular region), the original description of L. jingyuetanicum   is practically devoid of relevant information and does not include any illustrations.

Distribution and natural history: Thetypelocalityissituatedin the Chang Bai Shan in the southeast of Jilin province, very close to the border with North Korea. The holotype was collected from under stones at an altitude of nearly 2200 m. 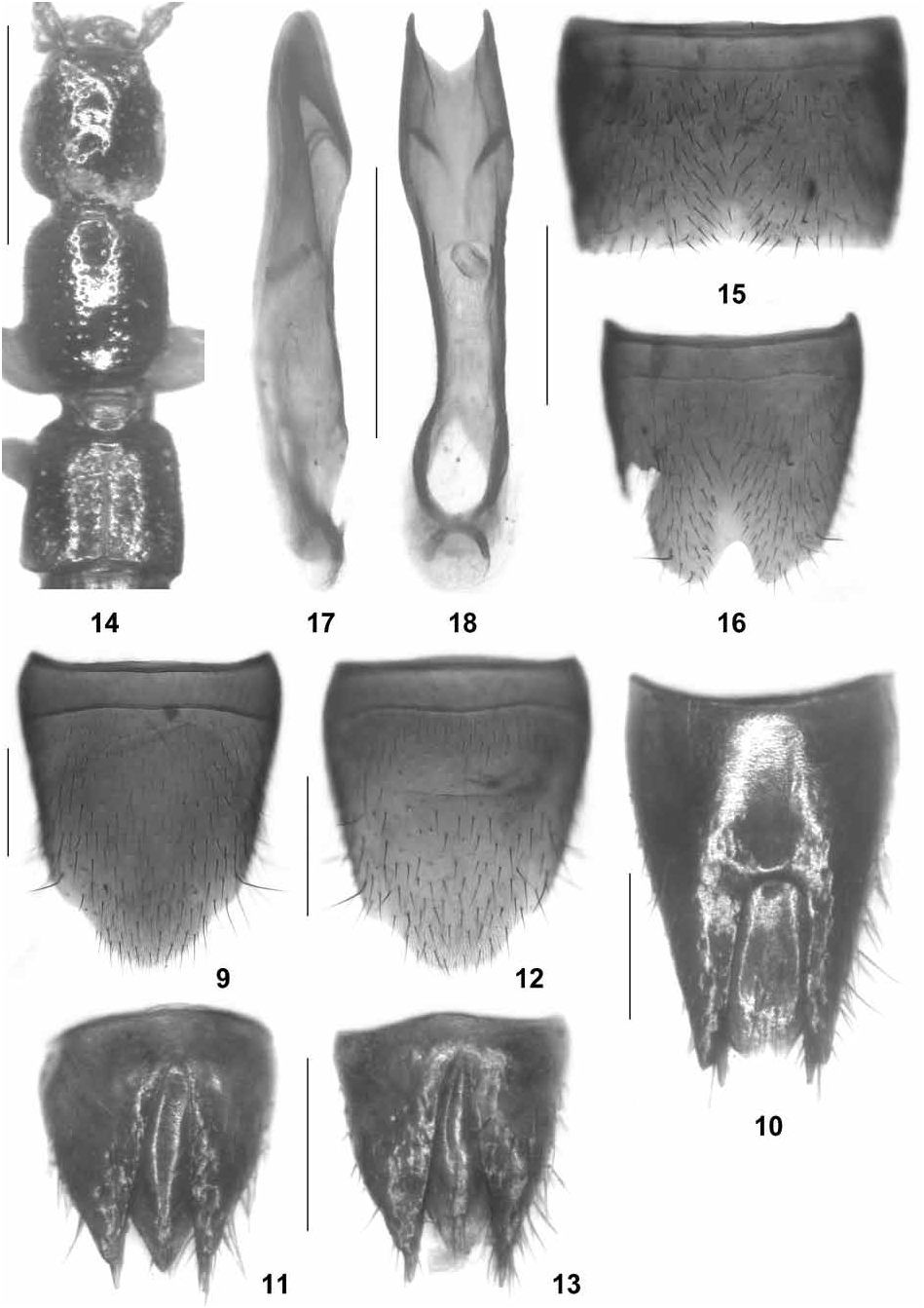