Diagnosis. Distinguished from all other Lerista   by the complete absence of a forelimb, hindlimb styliform or with a reduced digit,>2.5% SVL, interparietal distinct from the frontoparietals, prefrontals absent, four supraciliaries and anterior chin shields with an intervening scale.

Comparisons. Lerista alia   sp. nov. is very close morphologically to L. storri   and would key to that species following Cogger (2014). It can usually be distinguished by its longer hindlimb, often with a distinct digit, but there is overlap in this character (range: 2.33–4.49% SVL vs. 1.70–2.46% SVL). Lerista alia   sp. nov. always has discrete dark flecks forming more or less distinct longitudinal dark lines running along the body, strongest anteriorly, whereas, in L. storri   , these are represented only by vague longitudinal bands of pigment. The two species are separated geographically by about 60 km, with L. alia   sp. nov. centred on Bulleringa National Park and L. storri   known only from Springfield Station (see Fig. 1 View FIGURE 1 ). For comparisons with other species, see L. storri   description above.

Colouration in preservative (see Figs. 3 View FIGURE 3 & 4 View FIGURE 4 ). The dorsal surfaces of the head, body and tail are pale beige to silvery grey. Body with a series of chocolate brown streaks that form broken, longitudinal lines (scale rows one to three), the intensity and extent of which are variable. In QM J94308 View Materials these are barely discernible but in other specimens they are most visible on the anterior dorsum. The pattern is strongest in QM J95798 View Materials , a juvenile, and extends the full length of the back. The lateral surfaces are usually marked by rows of dark streaks which may be obscure to well-defined. In specimen QM J94337 View Materials , they appear as continuous, diffuse lines on scale rows four to seven. The lower flanks and ventral surface of the body are usually cream with a diffuse brown wash but on QM J95798 View Materials they are relatively dark. The head shields bear obscure mottling with some dark-edged scales. A dark zone is present beneath the eye, incorporating the dorsal edge of the supralabials and extending forward to the ventral edge of the nasal. This may also be continuous with a dark blotch on the secondary temporal scale. Broken, longitudinal rows of dark streaks are present on the dorsal and lateral surfaces of the tail. Ventrally, the tail is cream and strongly flecked with brown.

Colouration in life (as different from colouration in preservative, Fig. 8 View FIGURE 8 ). As for spirit specimens but the ground colour is more lustrous. The photograph in Wilson & Swan (2017, p 351) for L. storri   is of the holotype of L. alia   sp. nov. The photograph of L. storri in Wilson (2015, p 162)   is probably also this species, given its stated locality, but the specimen was not vouchered and consequently could not be examined for this study.

Etymology. The species epithet alia   is Latin for different or changed, chosen to illustrate its relationship to its close relative, L. storri   s.s.

Distribution and habitat ( Figs. 1 View FIGURE 1 and 9 View FIGURE 9 ). Known only from the area of Bulleringa National Park and Talaroo, between Mount Surprise and Georgetown, NEQ. The EOO is approximately 235 km 2. Area of Occurrence (AOO, as defined by IUCN 2012) will be considerably less than this as areas of suitable habitat are small and patchily distributed within the EOO. There are only three known populations, one of which is in a protected reserve (Bulleringa National Park). The record from Bulleringa National Park falls within the Staaten River drainage in the Gulf Plains Bioregion of Queensland, while the other records are in the Einasleigh River drainage of the Einasleigh Uplands Bioregion. The Regional Ecosystems (Queensland Government Environment and Science 2018) are as follows:

9.5.16: Woodland to open woodland of Eucalyptus tetrodonta   frequently with Erythrophleum chlorostachys   +/ - Corymbia clarksoniana   +/- C. erythrophloia   +/- Eucalyptus cullenii   +/- E. chartaboma   . The mixed shrub layer is open to absent and can include Gardenia vilhelmii, Grevillea   spp., Melaleuca   spp. The grassy ground cover is usually dominated by Heteropogon contortus   but can include Sarga plumosum   and Arundinella setosa   . Occurs on Tertiary remnant sandsheets. Small areas of laterisation may be present.

General ecology. Specimens were found in loose soil under logs and other debris. As far as is known, it feeds on small arthropods.

Comments. A single specimen (QM J95798 View Materials ) was vouchered from approximately 16 km south of the other specimens and exhibits some variation to the rest of the type series. It has the longest hindlimb, is the only specimen with an observable, though very small, claw and is considerably darker than the others. There was some genetic distinctiveness between this specimen and the other samples of L. alia   sp. nov. but it is well within the range of intraspecific diversity normally seen in Lerista   ( Fig. 2 View FIGURE 2 ). We therefore assign this specimen to L. alia   sp. nov. and assume it exhibits some of the morphological diversity found within this taxon, pending the vouchering of further specimens.

Conservation status. Only three populations are known but more survey work may uncover new populations. It seems likely populations are naturally fragmented as the species is restricted to areas of suitable (sandy) soils and is probably unable to cross areas of unsuitable habitat. While one population is within a national park, the other two are subject to cattle grazing with its attendant soil impaction and ecological degradation. All populations are likely to suffer from invasive plant species altering soil structure. As the species, on current knowledge, has a known extent of occurrence well below 5,000 km 2, consisting of only three small populations, at least two of which are subjected to the direct threats of cattle grazing and weeds, from which declines in the area of occupancy, habitat quality and number of individuals can be inferred, we believe the species qualifies as Endangered under IUCN guidelines B1a, b (ii, iii, v) ( IUCN 2012). 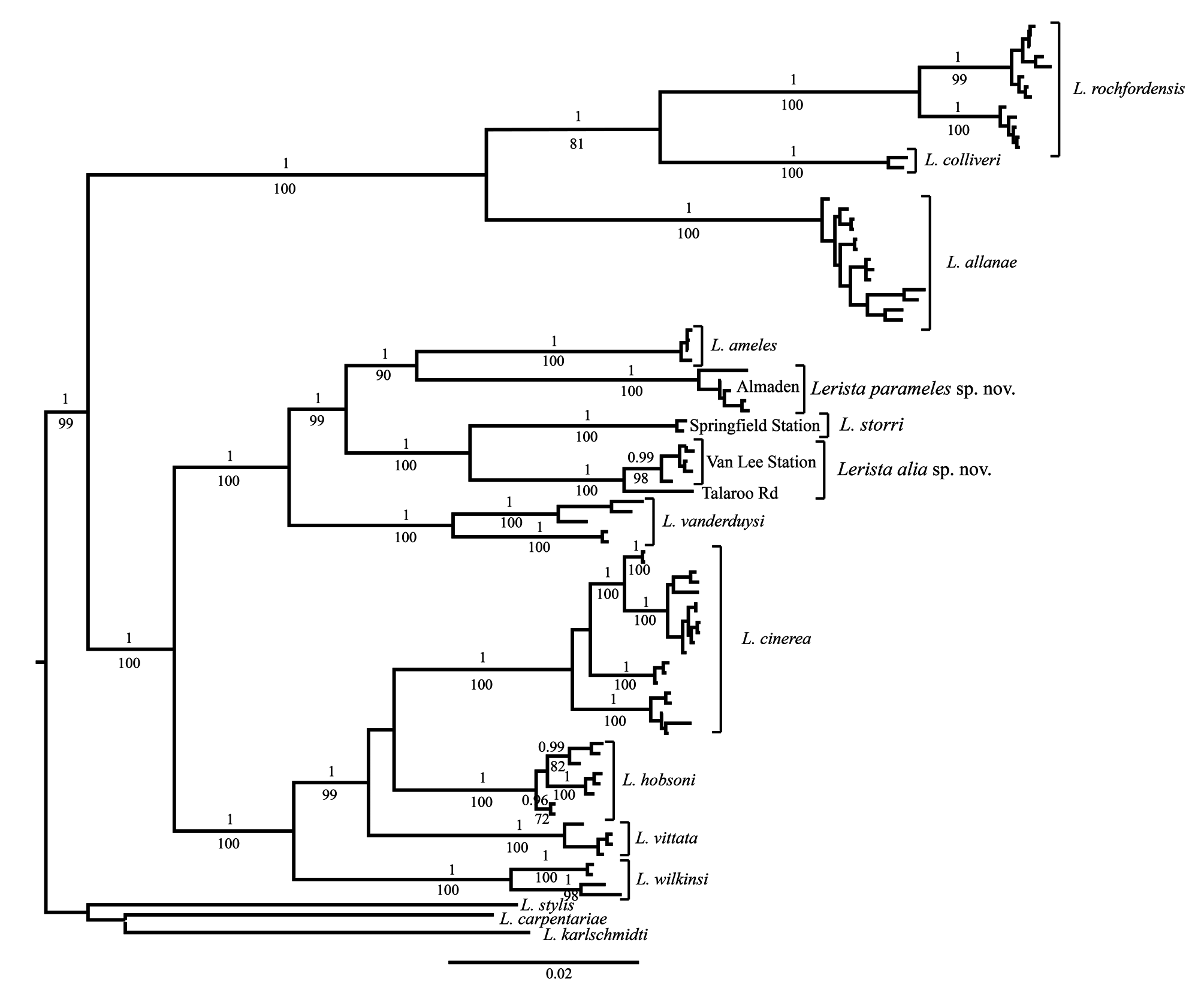 FIGURE 2. Maximum-likelihood tree based on the full concatenated dataset. Clade support is indicated by bootstrap values ± 70 below the branch and posterior probabilities ± 0.95 representing a topologically identical maximum clade credibility Bayesian tree are above the branch. Scale represents average number of substitutions per site. 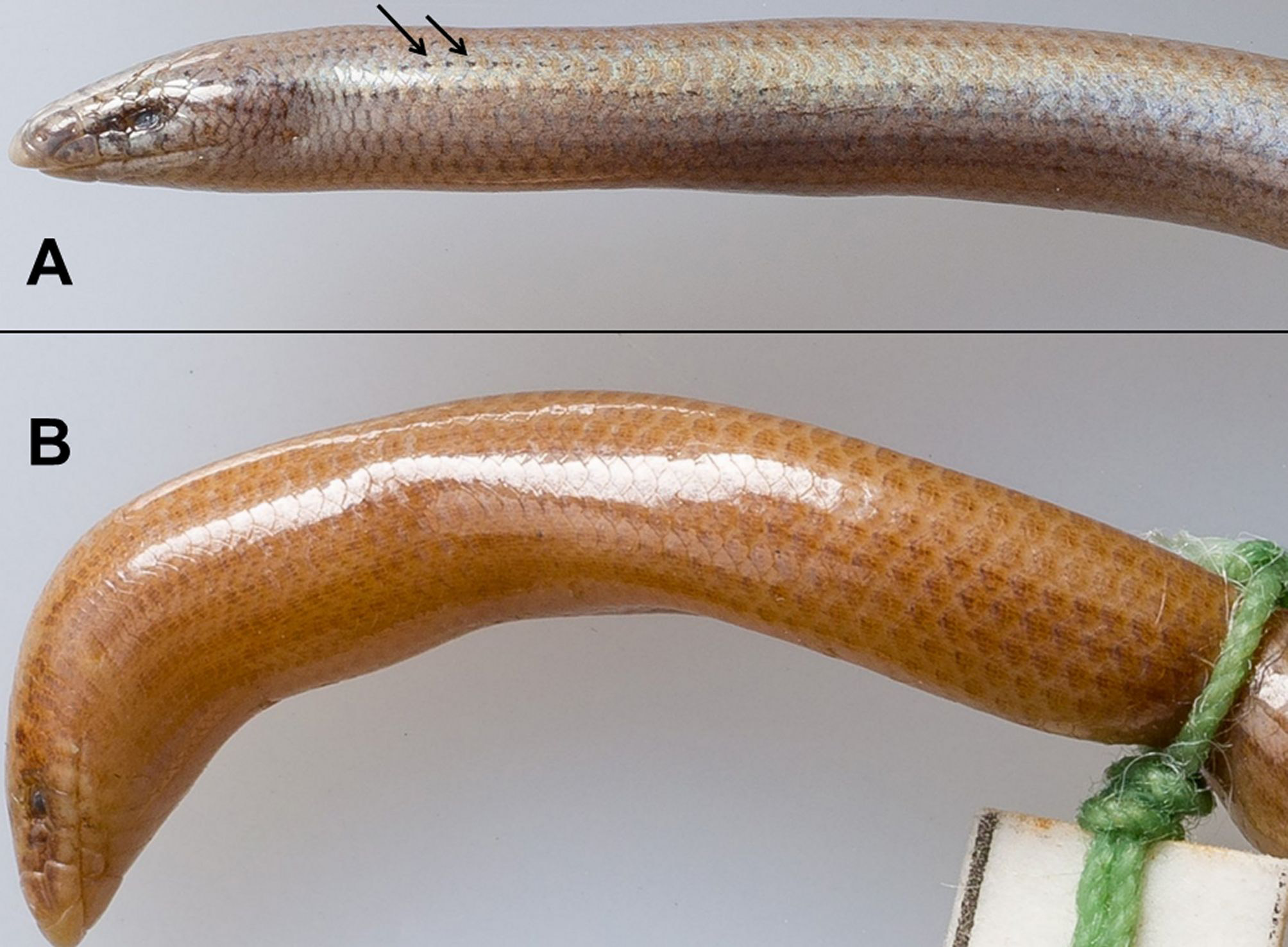 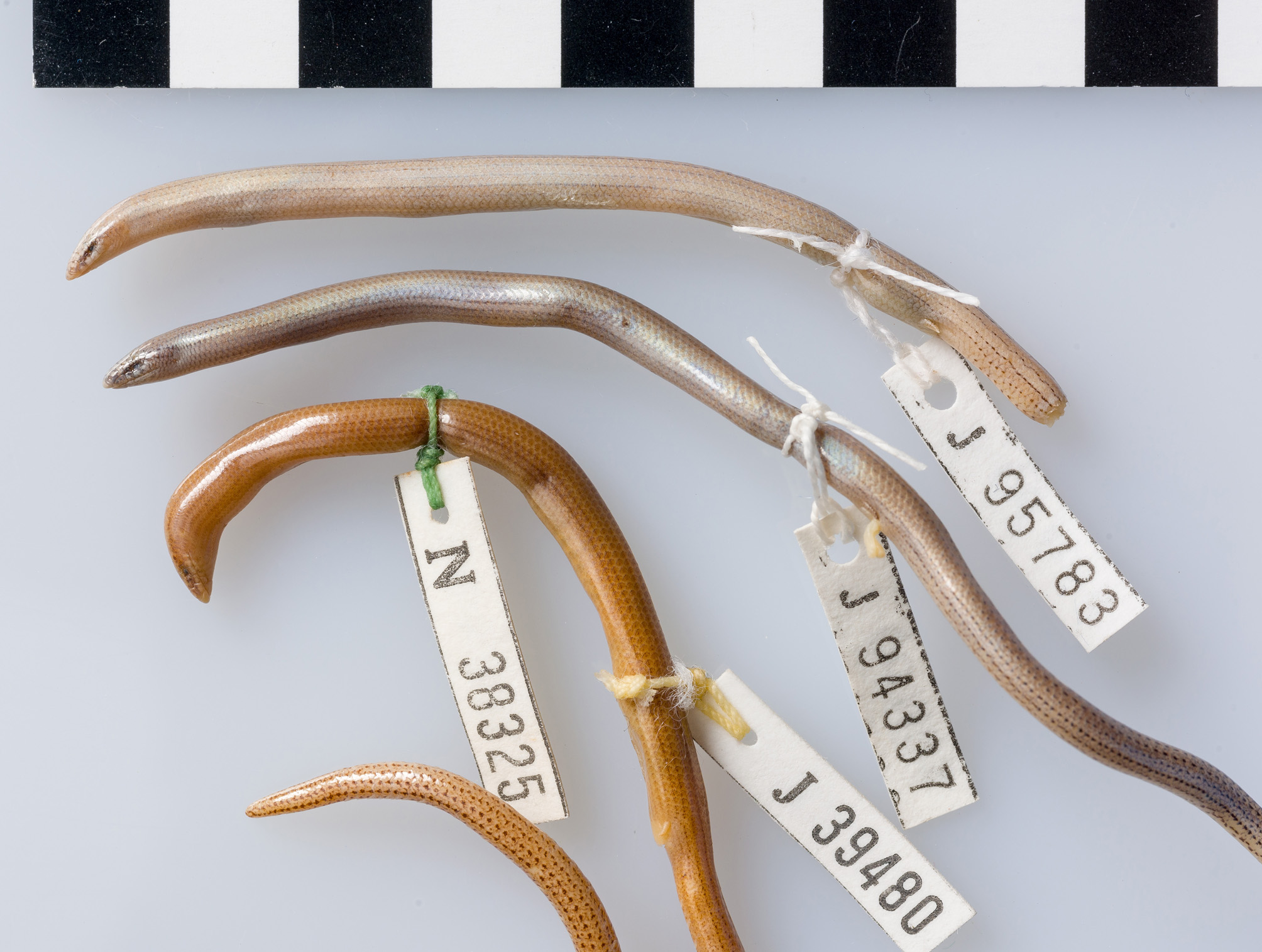