This species is recognized among species of Physoderes by the body being covered with long, erect setae, the head being elongate conical, the scape not reaching the apex of the clypeus, the anterior pronotal lobe being narrower than the posterior lobe, the anterior pronotal lobe with raised ridges and strongly defined submedian carina, the parascutellar lobe rounded, the scutellar process slender, the fore femur slender and only slightly incrassate, the short hemelytron not reaching the tip of the abdomen, the connexival margin undulating and the females with a wider connexivum than in males. Additional diagnostic features are found on the male genitalia: the cup-like sclerite with rounded apex and broad adjacent sclerotized rounded protuberances, the apical margin of the posterior opening of the pygophore with medial process, the arms of the basal plate curved to form a rounded foramen and the apex of the dorsal phallothecal sclerite subacute, with broad lateral prolongations that project angularly towards the apex of the phallosoma. This species most closely resembles P. fuliginosa , but can be differentiated from it by the long, erect setae, the shape of the pronotum, parascutellar lobe and connexivum, as well as the hemelytron length.

The name ractepilosa is a noun in apposition to describe the erect setation throughout the body of this species.

HEMELYTRON. Not reaching tip of abdomen.

Similar to females, but do not seem to have as many long, erect setae and connexivum not as wide.

This species is only known from the type locality in Central Sulawesi and another locality in northern Sulawesi.

A female specimen is chosen as the holotype for this species because the long, erect setae covering the body are not as obvious in the two male specimens available. One of the males was collected from the same collecting event as the females and shares all other diagnostic characters. The unique setation may be sexually dimorphic. Additional male specimens will be required to determine this. The male was dissected and the genitalia described here show that this species is very different from any other species of Physoderes . 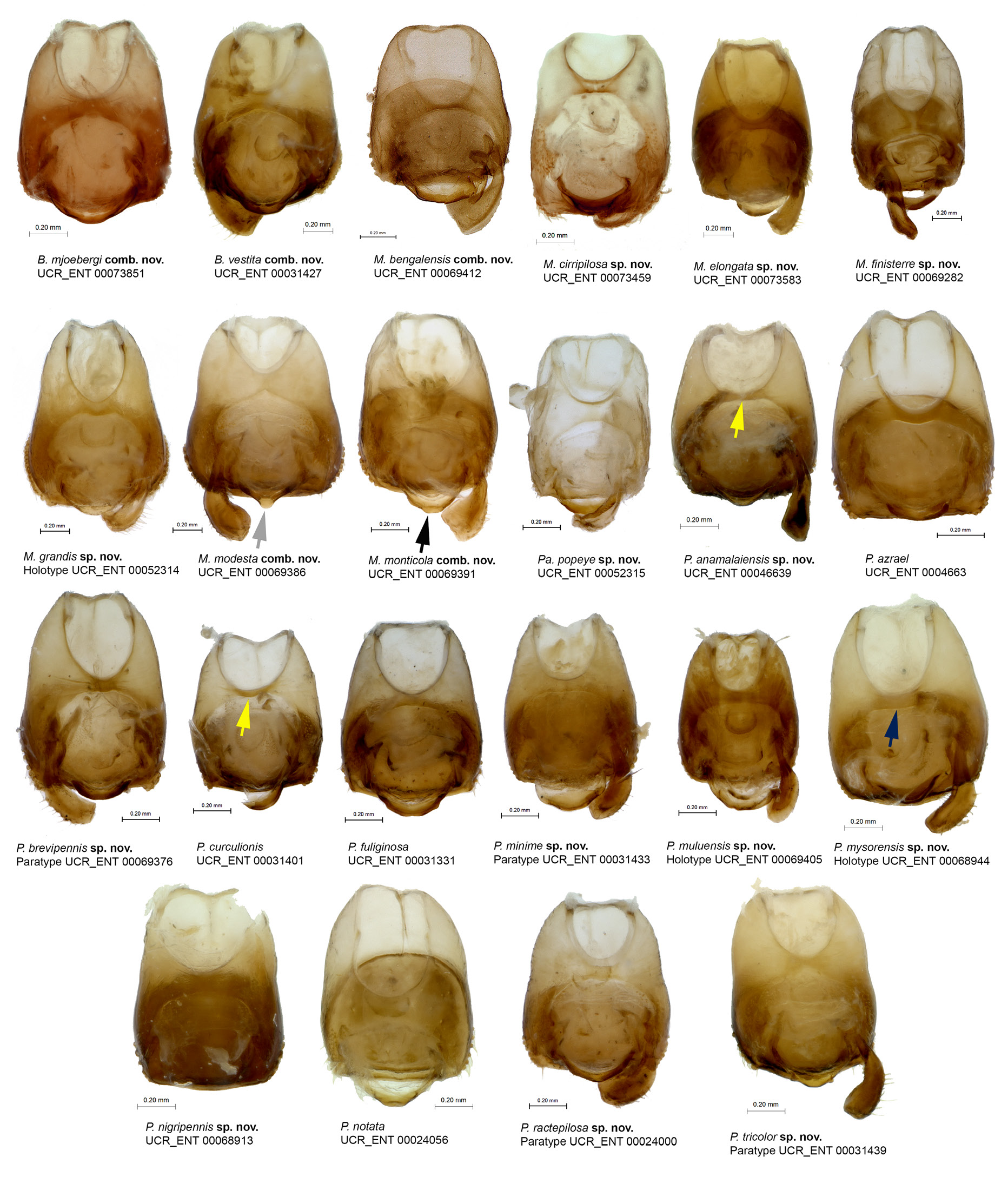 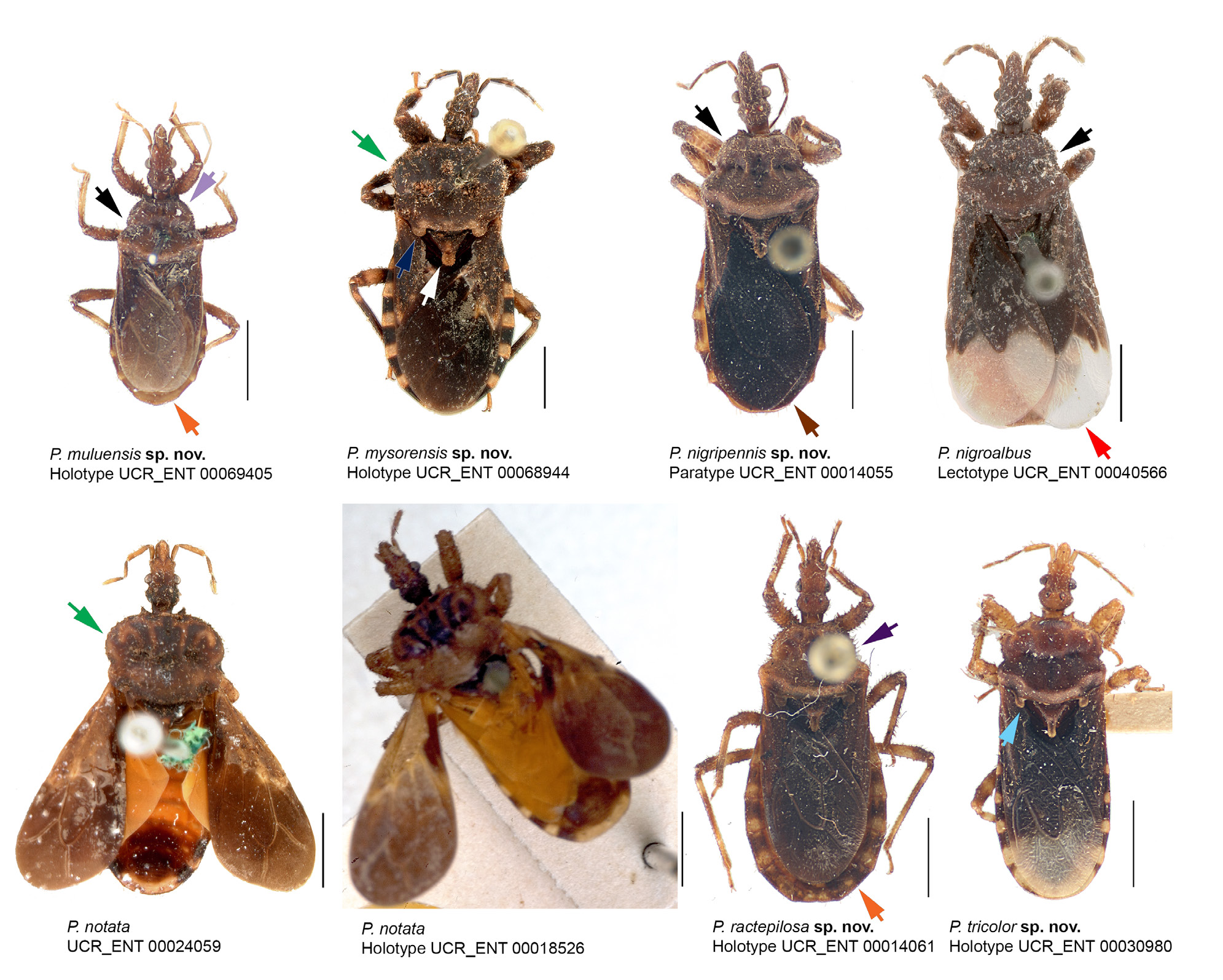 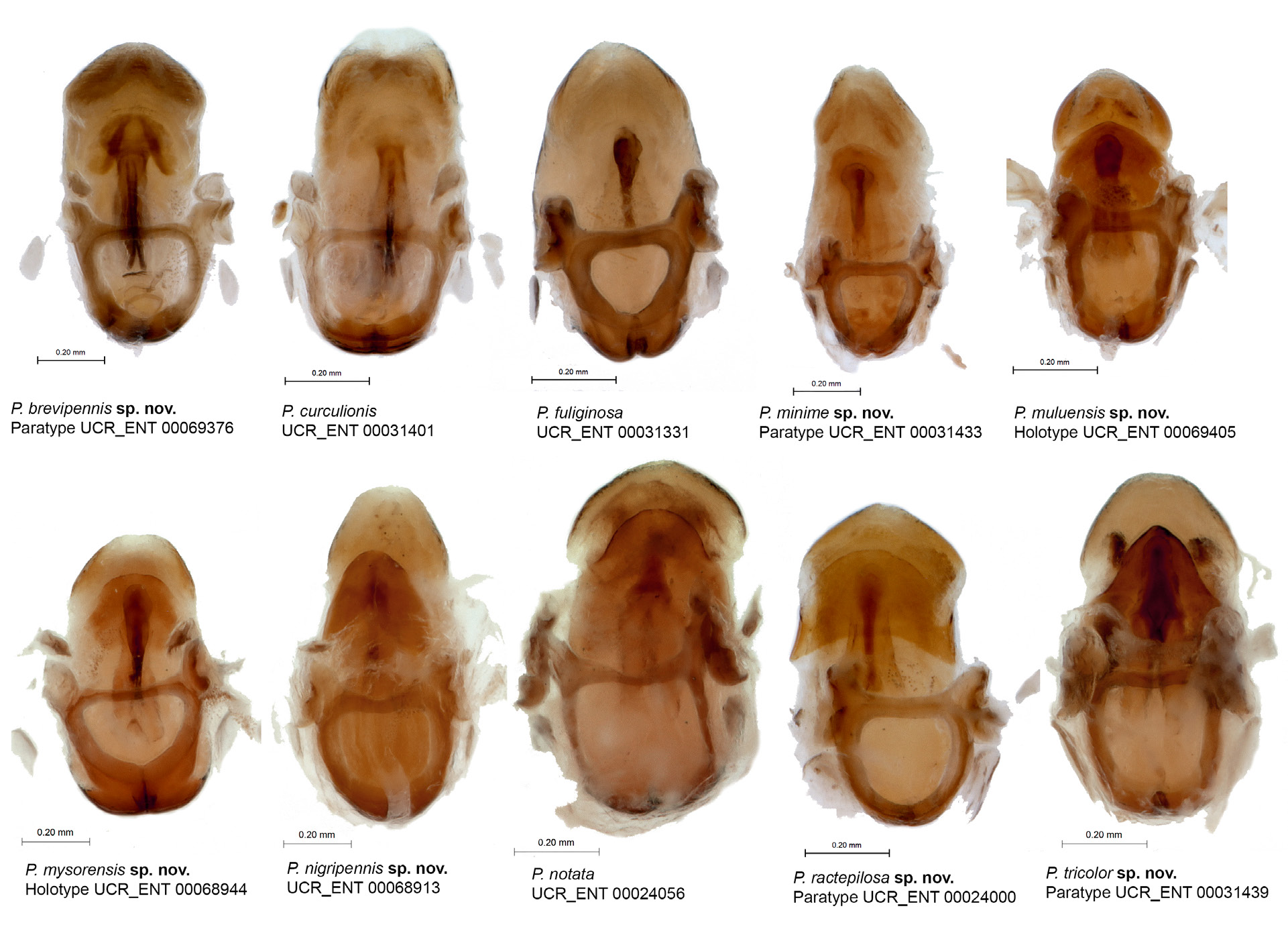 Fig. 19. Dorsal view of the phallus in species of Physoderes Westwood, 1845 (partial).