Male genitalia: Pygophore elongate, with many macrosetae posteriorly; ventral pygophore process in lateral view sinuate, with or without small tooth at midlength, with spicules in basal half of expansion and apical area with few longitudinal rugae. Style very long, apophysis long, narrow, slightly curved dorsally near apex with thickening not extending half width near apex. Aedeagal shaft stout and curved dorsally in lateral view, hind margin convex with short rugae at mid region, then narrowed to apex, with distinct ventral concavity, in caudal view, widened near midlength, then slightly narrowing towards apex; phallotreme apical on ventral surface.

Remarks: Krisna rufimarginata   was described from Henan Province, China, based on one male specimen. Viraktamath (2006) described Krisna burmanica   from Myanmar based on one male. Although the descriptions of these two taxa indicate that they differ slightly in the apical shape of the aedeagal shaft in lateral view, these differences appear to intergrade among and within populations based on the males from different localities examined here, and therefore do not seem sufficient to justify continued recognition of the latter taxon as a distinct species. 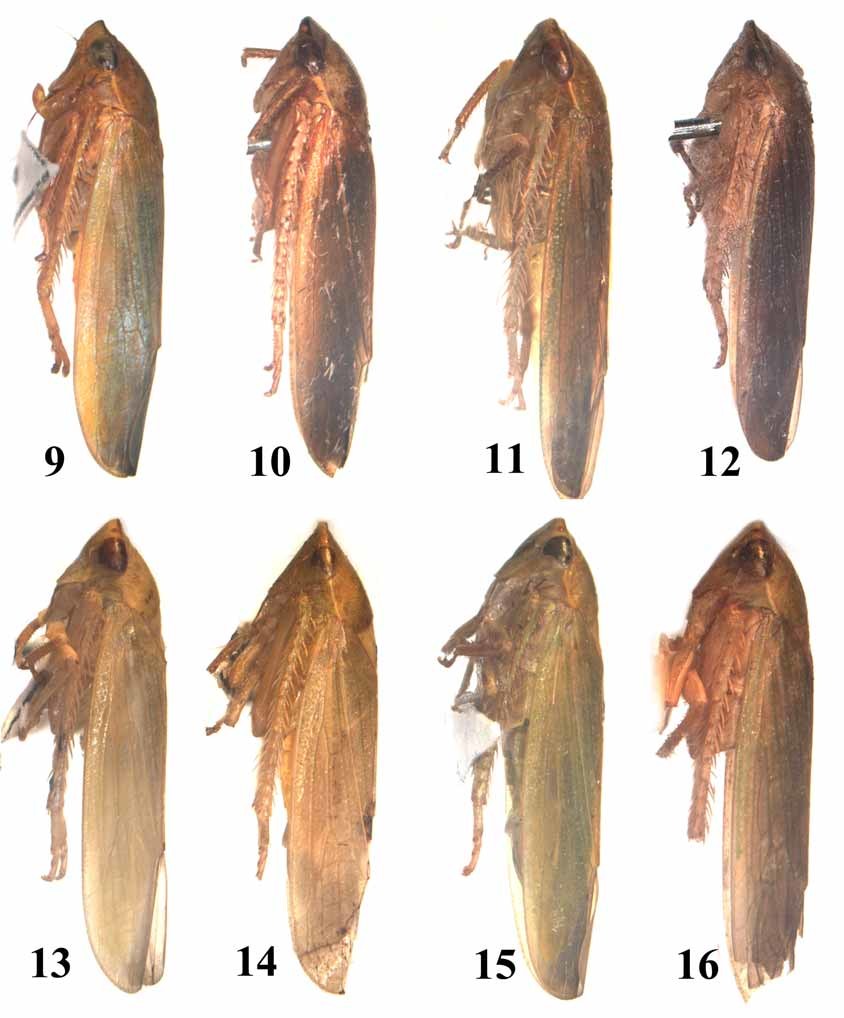 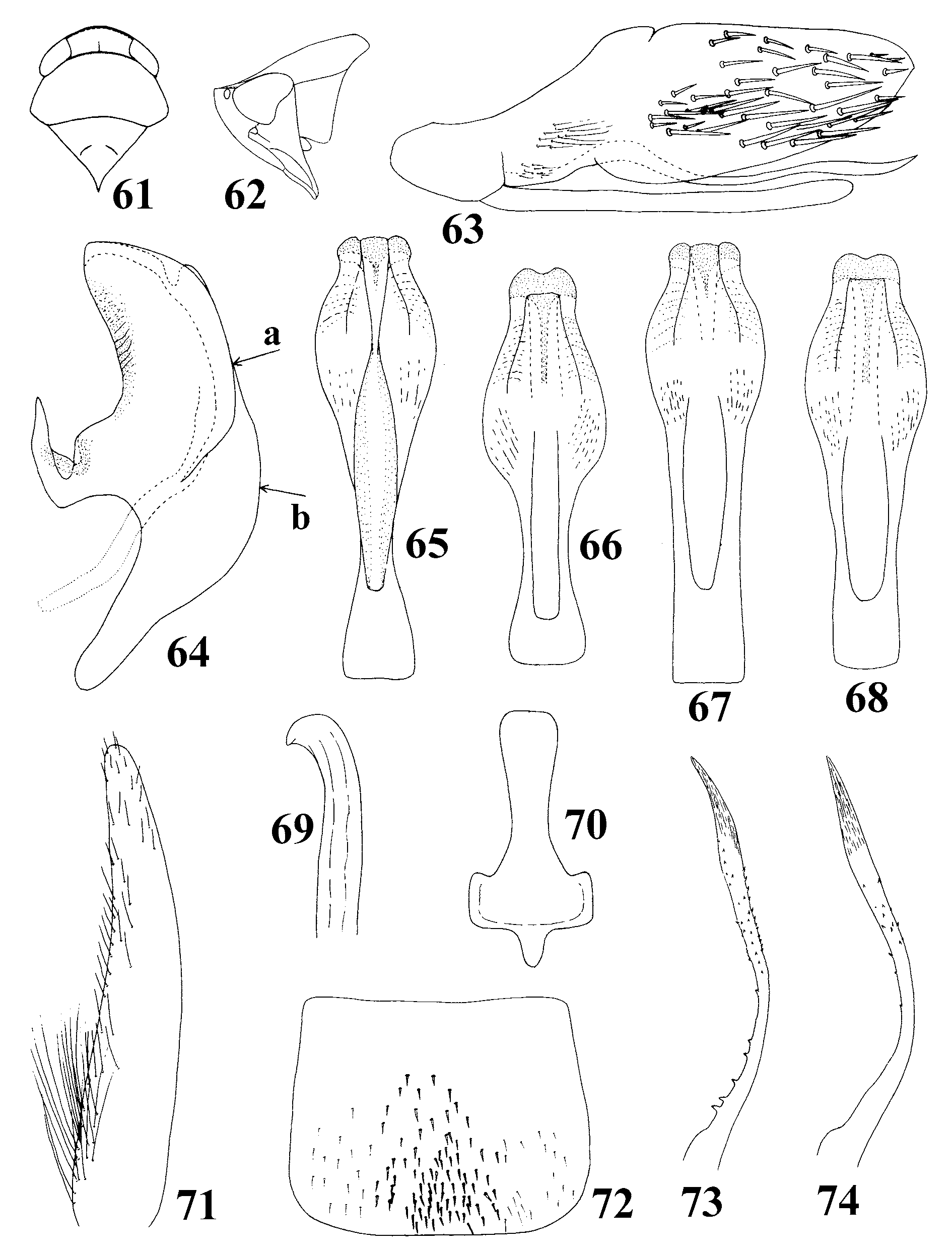