Diagnosis: G. obscuricolle ( BERNHAUER, 1908)   is the largest species of the group. The vertex of the head is finely punctate, whereas punctures are larger in the other species of the group. The longitudinal micro-striae of the vertex give a characteristic iridescent shine. The smoothly curved aedeagus resembles that of G. schuhi   spec. nov., but the apical lobe is shorter and has fewer sensillae.

Head: 0.40 mm long, 0.60 mm wide; eyes slightly prominent; eyes as long as temples; temples smoothly rounded to the neck in convex curve; sides in front of eyes up to base of antennae parallel; parallel part as long as length of eyes; then, abruptly angulate; narrowed to anterior edge of clypeus in sinuate curve; anterior edge of clypeus 2.5 times as wide as distance between base of antennae; clypeus with moderately dense setiferous punctation; on average, interstices between punctures as wide as or wider than diameter of punctures; on vertex punctation sparer than on clypeus; interstices between punctures at least twice as wide as diameter of punctures; microsculpture extremely dense; consisting of diagonal micro-striae pointing to centre of vertex; on central line of vertex micro-striae more or less longitudinal; thus, surface matt, in central area slightly shiny.

Abdomen with irregular transverse rows of large punctures; on average, width of abdominal punctures as wide as width of punctures of inner rows of elytra. 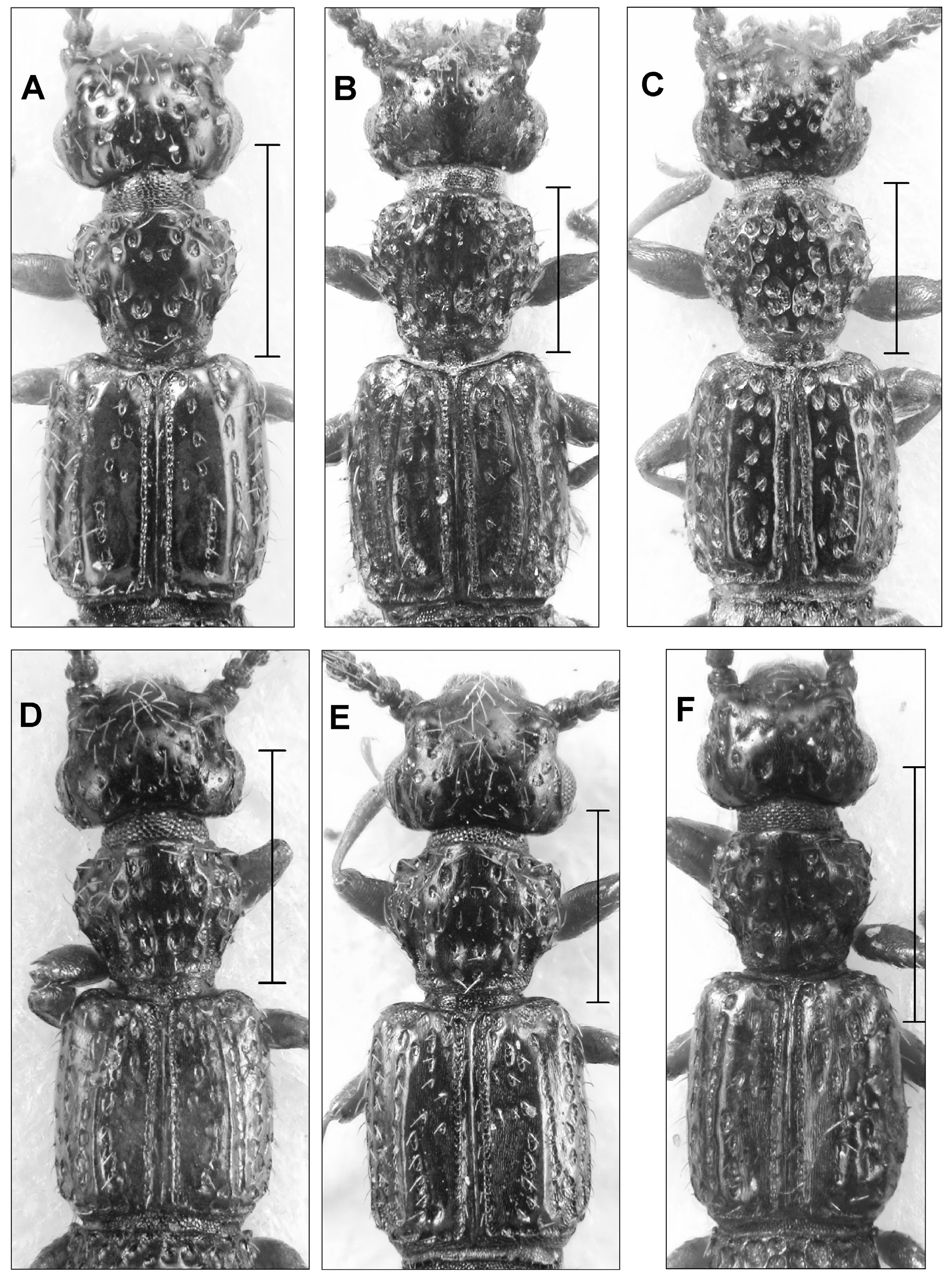 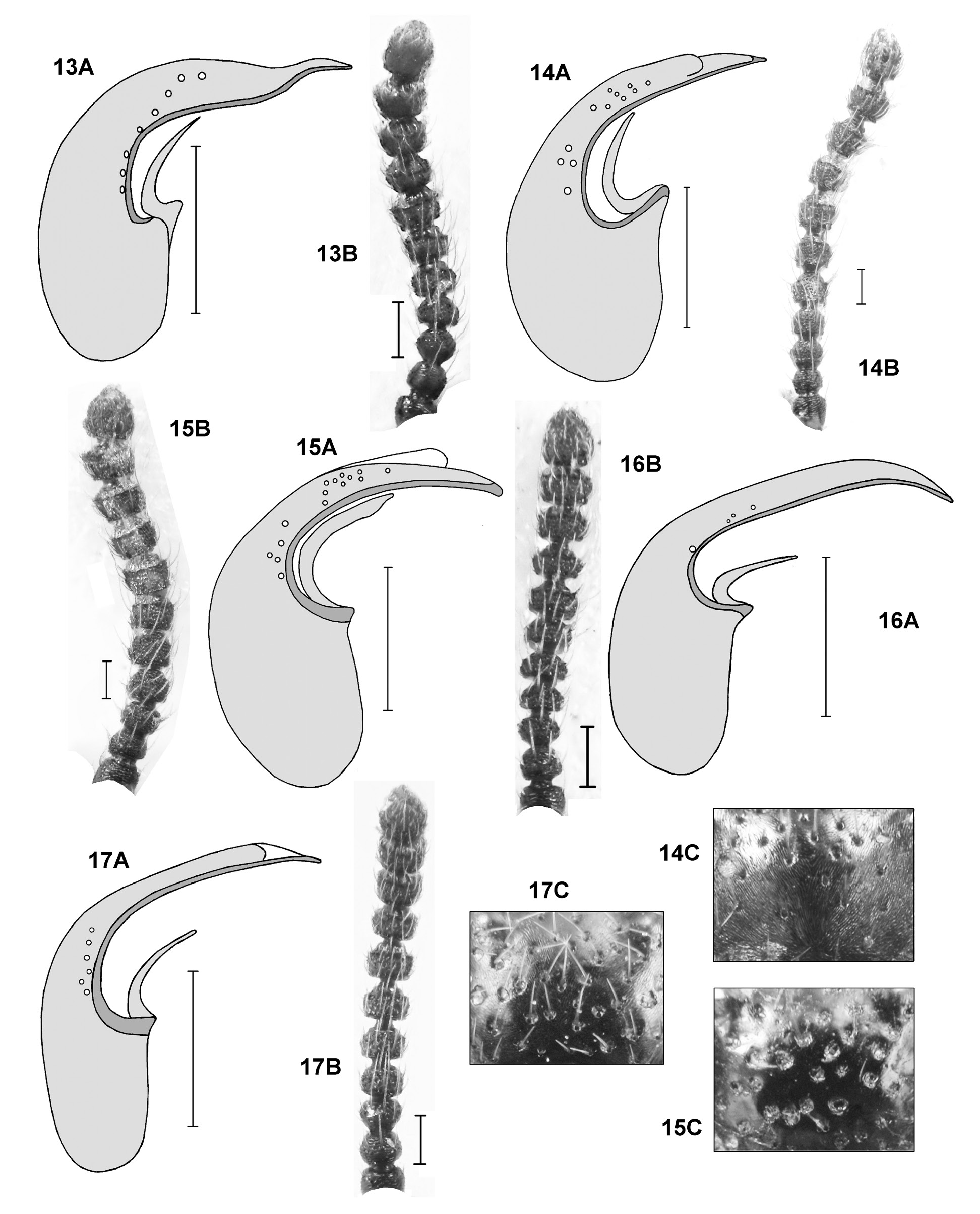