Habitat. Intertidal to subtidal (1–3 m). Specimens of this species were collected mainly on rocks, volcanic rock, dead coral, and as epibionts of algae, sponges, and tubes of sabellariids ( Cruz-Gómez & Bastida-Zavala 2018).

Remarks. In the Pacific coast of tropical America, the genus Bhawania   has been repeatedly recorded as B. goodei Webster, 1884   , a species with natural distribution in the Grand Caribbean. The latter is comprehensible; the Bhawania   morphology is quite similar among species, which makes it difficult to separate from each other. However, a comparison of the TEP material with non-type specimens of B. goodei   from the Grand Caribbean region, along with observations by Webster (1884), Perkins (1985), and Watson (Pers. Comm. 2020) revealed subtle but consistent disparities (Table 1).

Differences were noticed once middle region segments were dissected. Bhawania bastidai   n. sp. have neuropodia shorter than notopodia, with a short neuracicular lobe, 1/2 neuropodia length; while B. goodei   have larger neuropodia, as long as notopodia, with large neuroacicular lobe, 1/3 neuropodia length. This consistent feature was noted in similar size mature specimens; moreover, notes and drawings made by Webster (1884: Plate VII, Fig. 11 View FIGURE 11 ) help to confirm this.

Etymology. This species is named after J. Rolando Bastida-Zavala, a dear colleague, friend, and my first academic guide on polychaetes, as recognition of his great labor on polychaetes in México and his tireless effort to build new Mexican taxonomists on marine invertebrates. The epithet is a noun in the genitive case ( ICZN 1999, Art. 31.1.2). 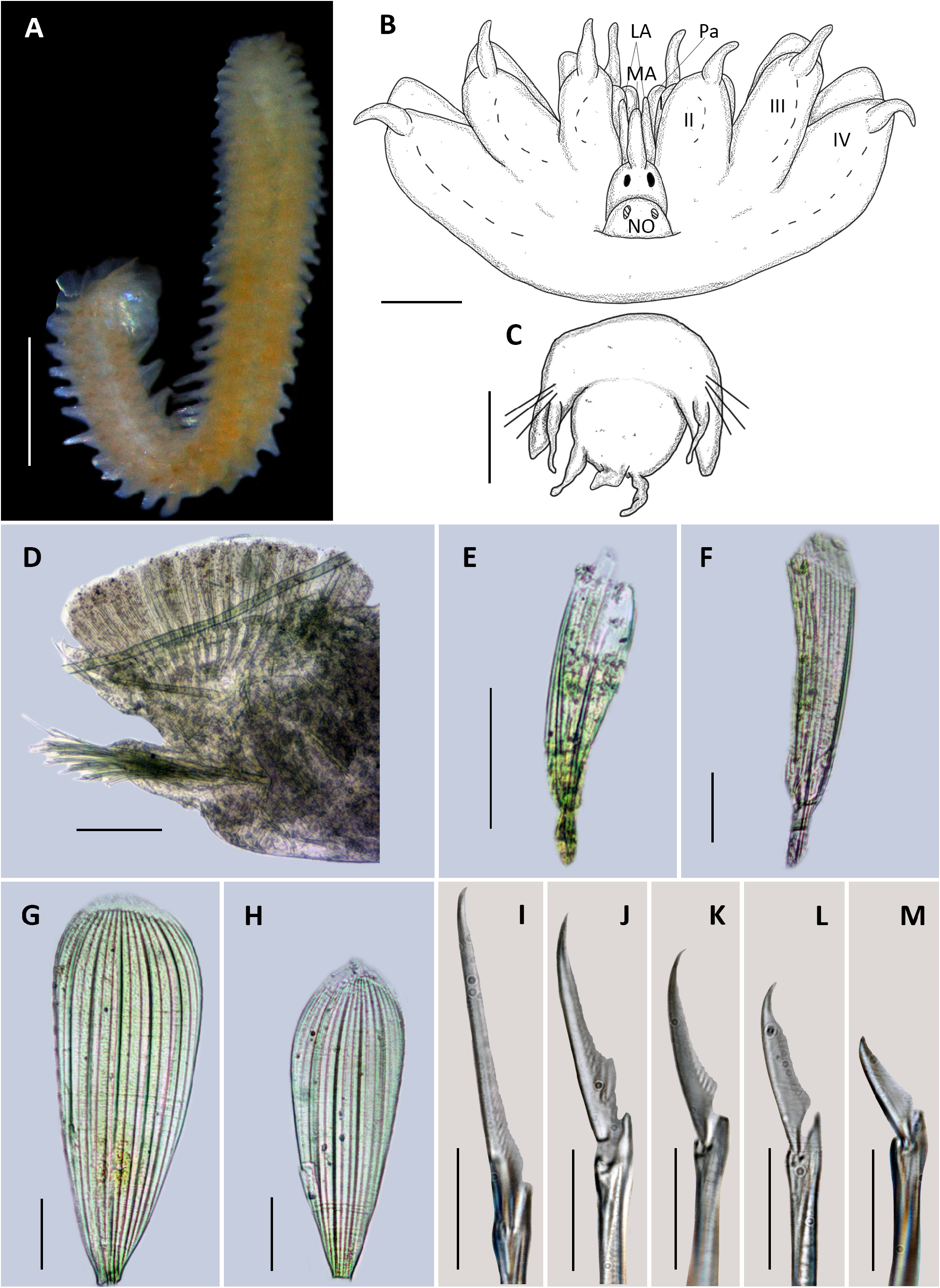 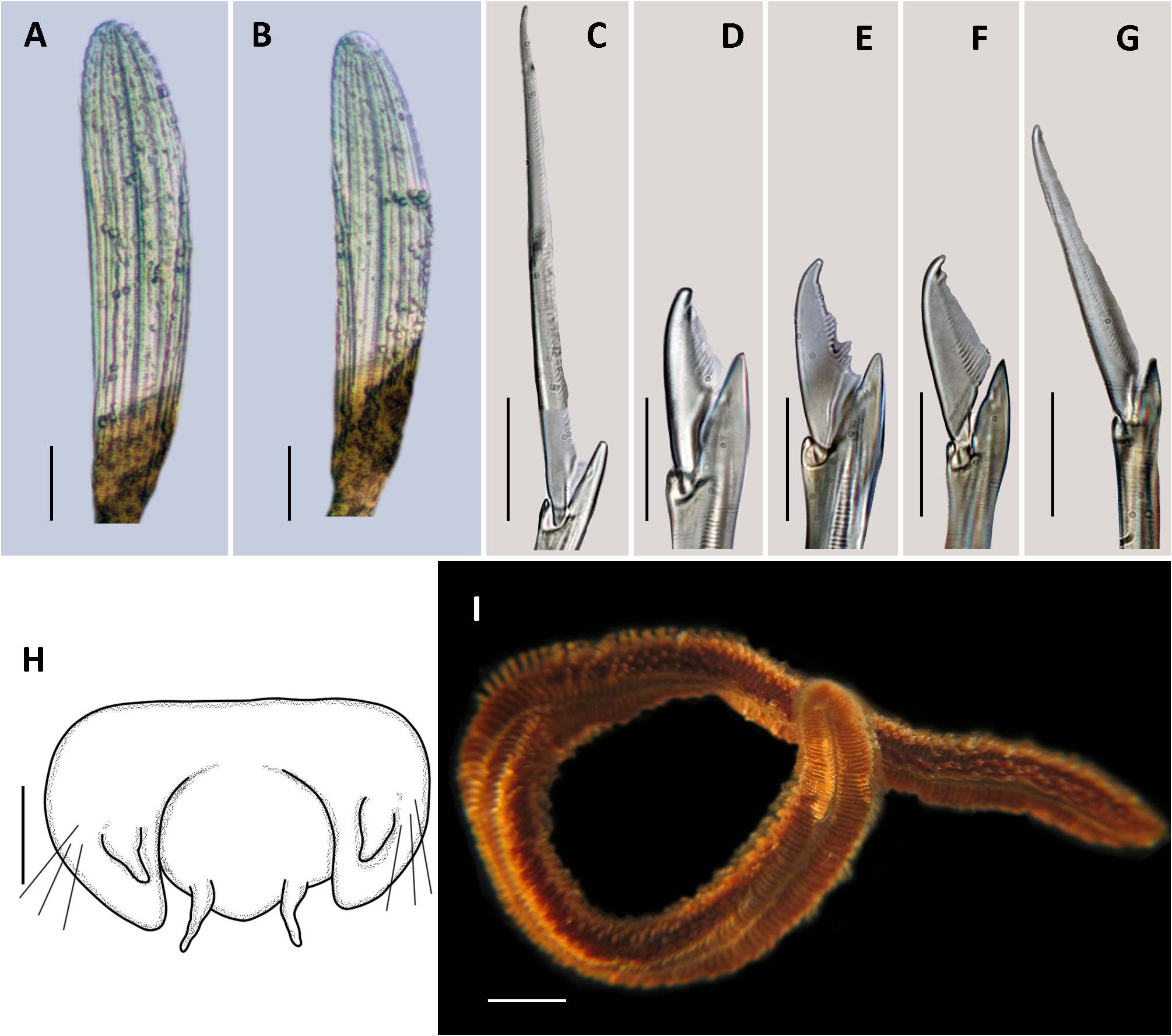