Worker description. Color red ferruginous to brown, with lighter appendages. Head and mesosoma finely covered by continuous vermiculate rugae, transverse on anterior portion of pronotum, grading to longitudinal on the rest of promesonotum, mesopleura and lateral faces of propodeum; mandibles with few and short longitudinal striae restricted to basal portion; petiole and postpetiole finely and irregularly rugose. Abundant pilosity on head and dorsum of promesonotum; dorsum of petiolar node and postpetiole with about three and six long hairs, respectively; first tergite of gaster entirely devoid of long flexuous hairs.

Gyne (first description). Differing from worker by having about 12 facets at eyes maximum diameter; dorsum of petiolar node and postpetiole with about five and 10 long hairs, respectively; first tergite of gaster with around 10 long flexuous hairs on the anterior third, near postpetiolar insertion (see picture in the “Ants of Costa Rica ” website).

Etymology. Dr. Marion M. Smith (1944) named this species in honor of Dr. Caryl Parker Haskins (1908– 2001), in recognition for his contribution to the study of ant biology.

Comments. This species is most similar to Lachnomyrmex regularis  , but can be easily distinguished from the latter by the smaller size, more irregular rugulation, and presence of fine short rugae on postpetiole dorsum. Workers of L. fernandezi  and L. mackayi  can also be confounded with L. haskinsi  , but they present long flexuous hairs at least on the anterior third of the first gastral tergite.

Lachnomyrmex haskinsi  has been recorded from Costa Rica and Panama, in 200–800m elevation wet forests. Workers are usually collected in samples of sifted leaf litter. Dr. John Longino observed a few workers, one with a larva, scattered throughout the debris of a Brachymyrmex  nest he was collecting from beneath rotten wood on the forest floor ( Longino 2007). 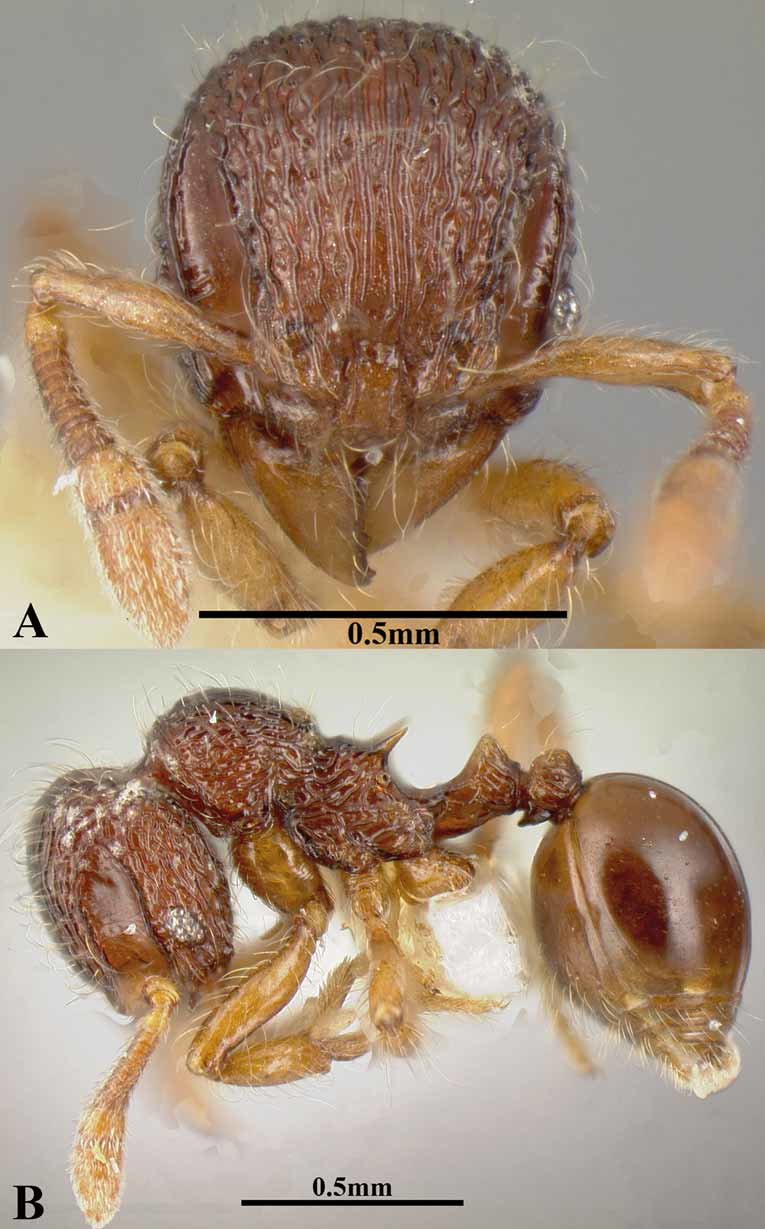 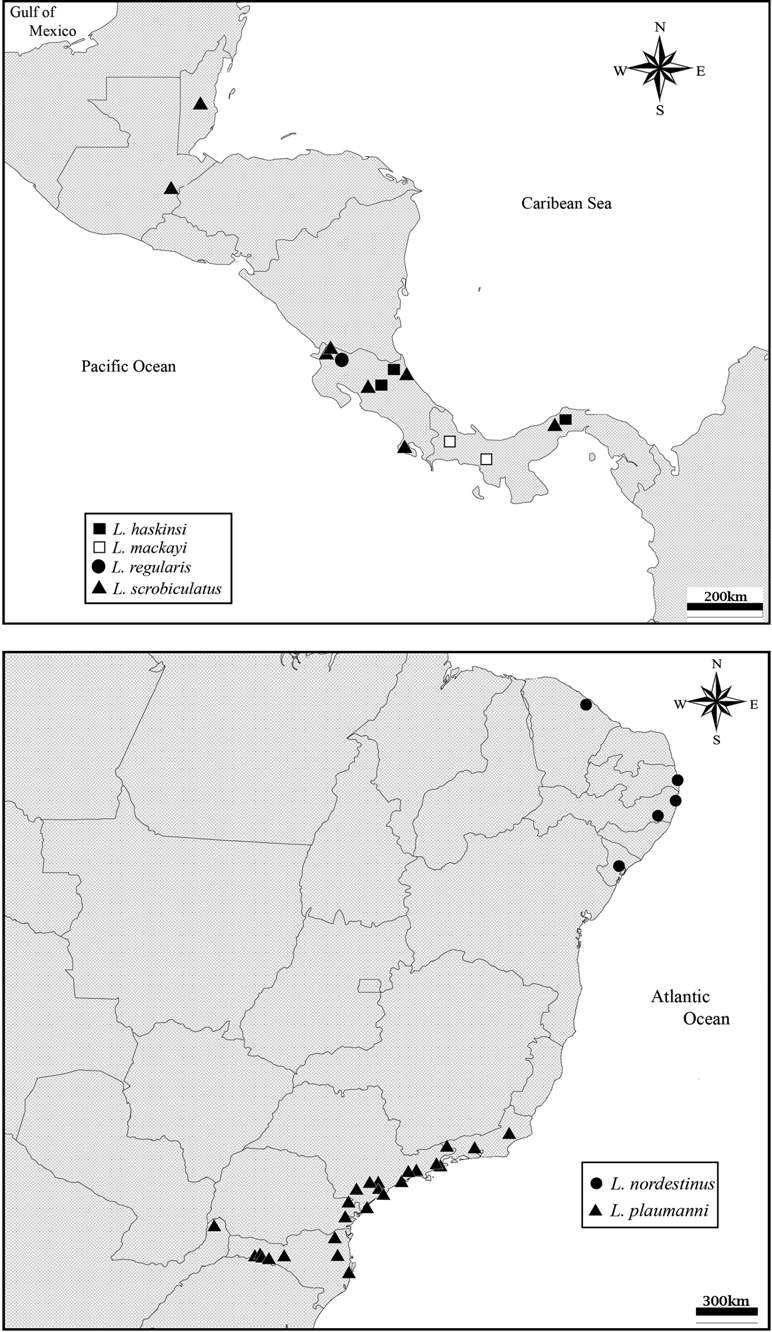