Described from a single female, taken on a window at Indooroopilly, Brisbane, in December 1929, this species is common near Brisbane on the leaves of Centrosema   , and has been found near Darwin on Calopogonium   . One female of this species has also been studied from Thailand. Kudo (1997) has given an excellent description of the same species, under the synonym indicated above, based on six females and two males taken on Centrosema pubescens   on Palawan, Philippines. One female and one male paratype have been studied from that series, and the presence of a sub-apical lobe on the forewings of both sexes has been confirmed. This species differs from the four Australian endemic species discussed above in this presence of a forewing sub-apical lobe, and also in having extensive microtrichia on the sternites but no marginal craspedum medially on the tergites. It is particularly remarkable for the lack of the elongate median pair of postocular setae that are found in most species of Sericothripinae   . 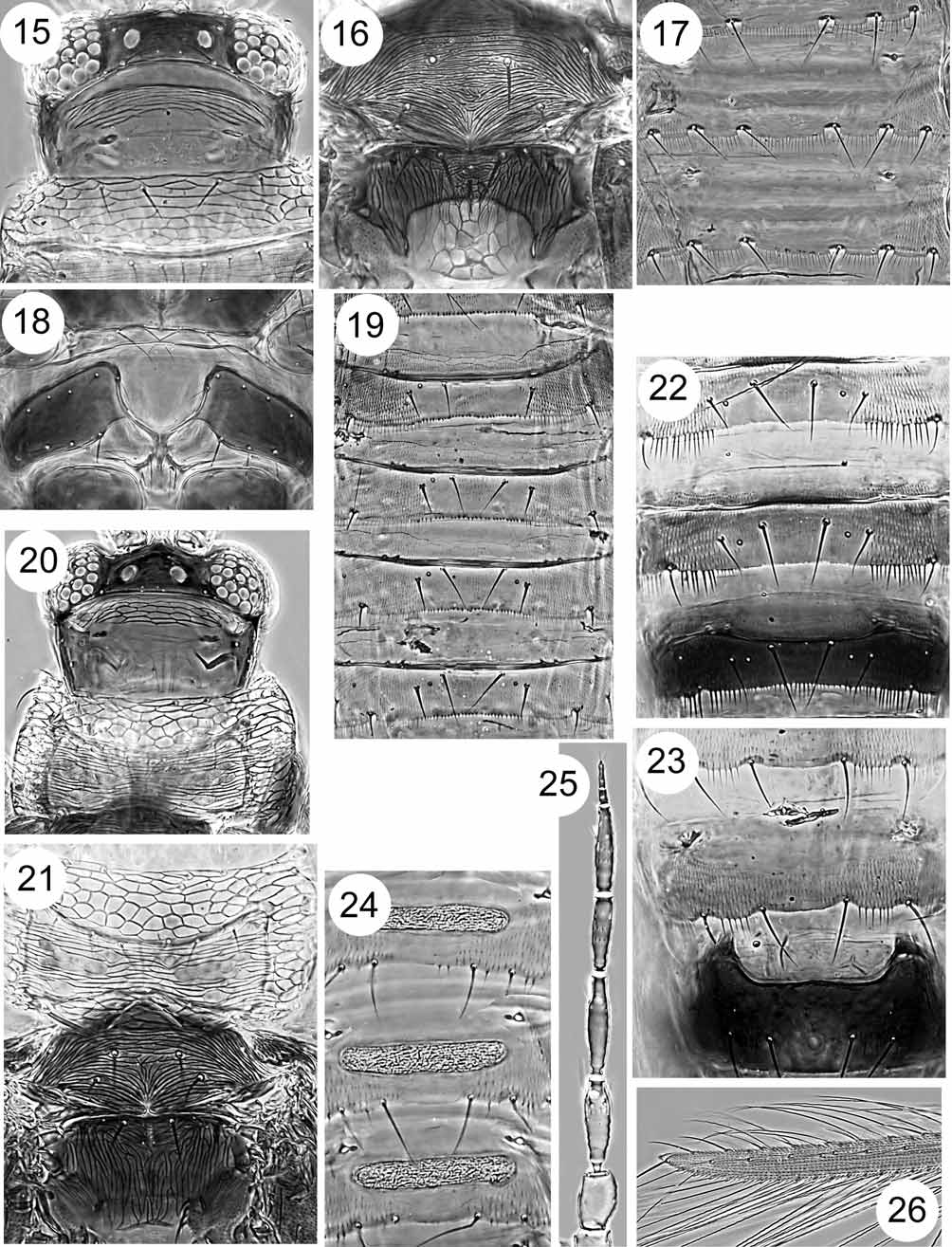