This species is widespread in eastern Australia and has been taken at various sites between Batemans Bay and Brisbane. Two specimens have been studied from Weipa, Cape York Peninsula, that differ only in having the metanotal sculpture even more strongly linear. This thrips breeds on the leaves of P. straminea   , a vine that is common in the eastern wet-sclerophyll forests. 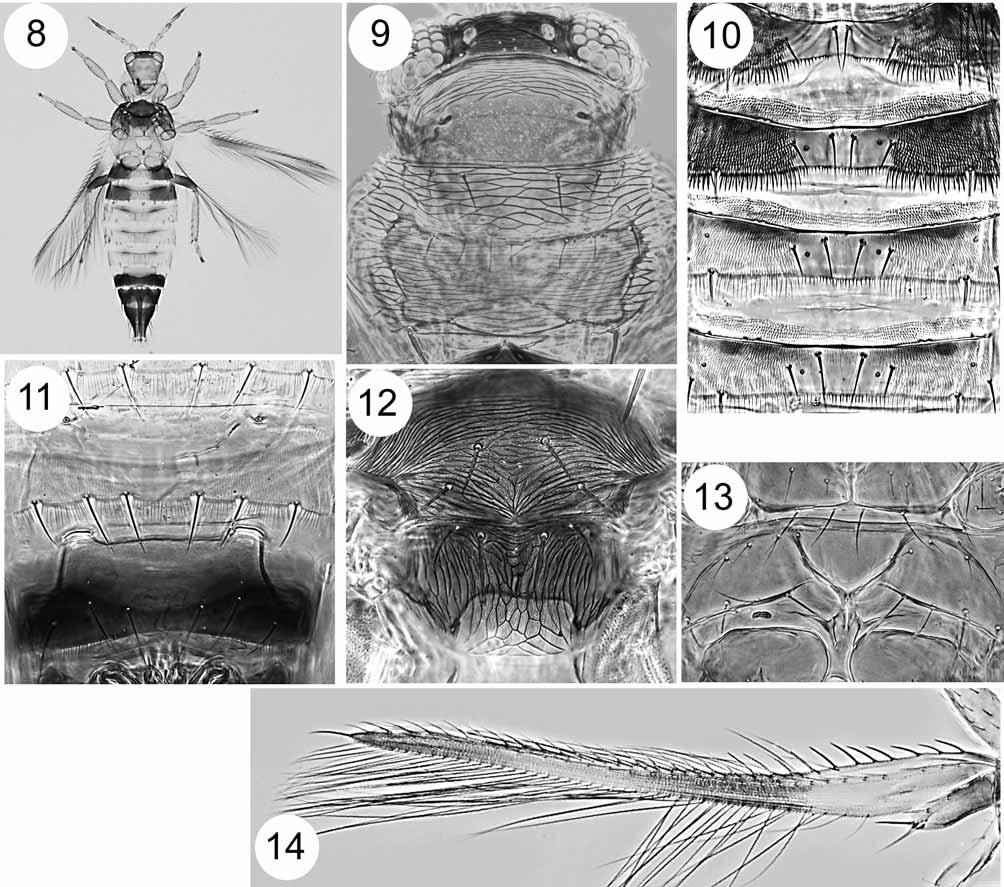