Comments. This species has been taken widely across northern Australia, but with no host association. The colour pattern is unique, predominantly whitish-yellow but with dark markings on the head and pterothorax, and two dark bands on the wings. Moreover, the position of the ocellar setae between the hind ocelli is unique within this genus.

This species is probably widespread in eastern Australia. It has been found commonly near Canberra on the leaves of two low-growing Fabaceae   species, including Dyllwynia seeberi and Pultenaea procumbens   . 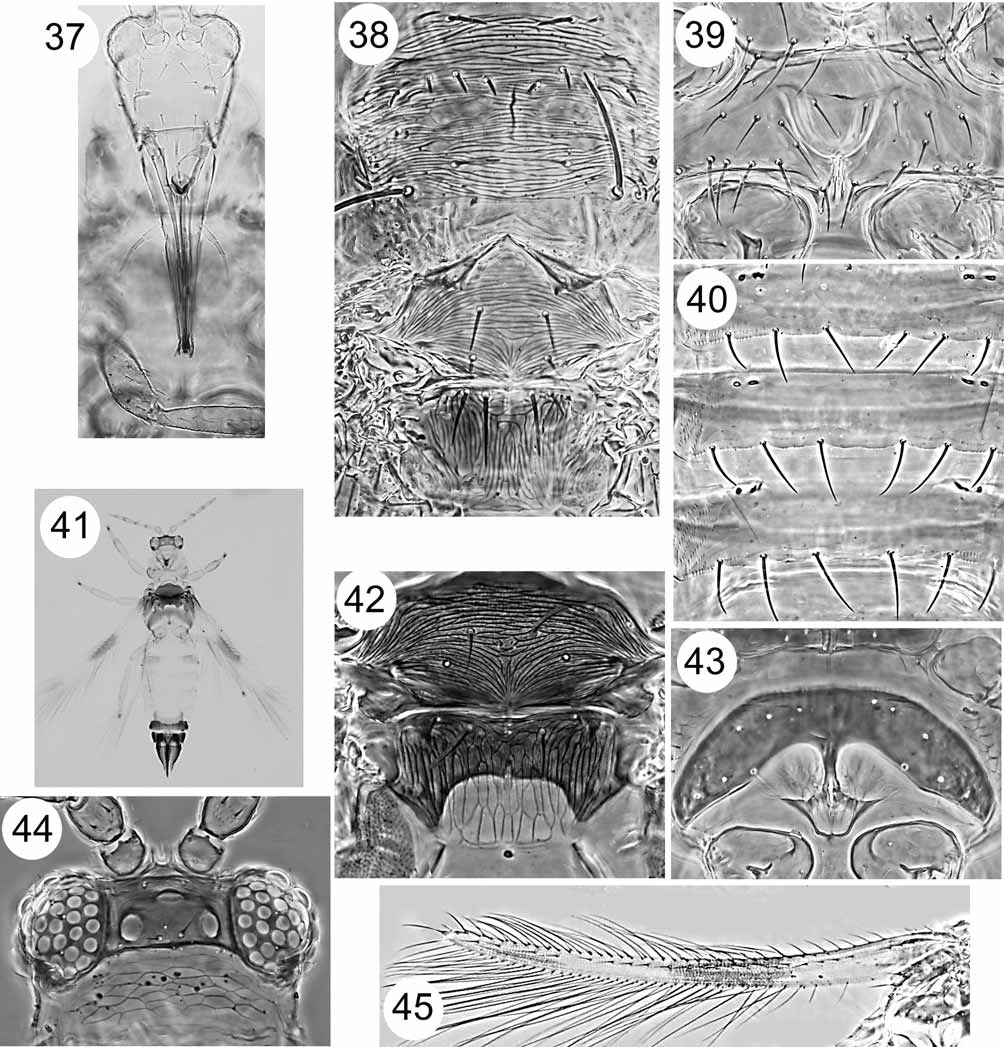