Comments. This species has the metasternum less deeply eroded than in the three species described here from Parsonsia   vines, and is apparently unique in this group in having one or two discal setae laterally on the sixth and seventh sternites. Despite these differences, the species is very similar to the three species from Parsonsia   in the form of the tergal and sternal posterior margins, and is likely to be found to be associated with one of the species of this vine genus that occur widely in eastern Australia. 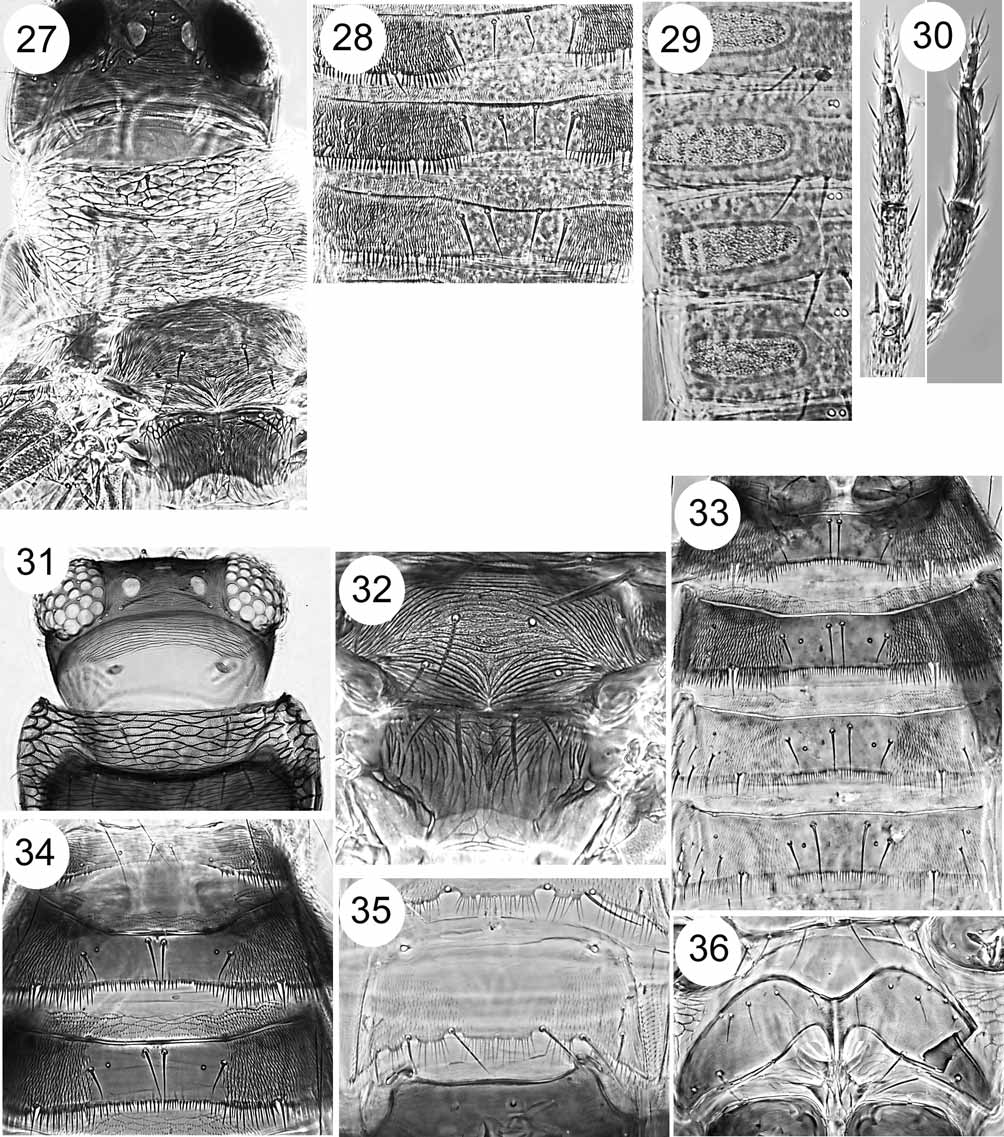