Discussion. Lansbury (1967) described E. alexis from material taken on the Noona Dan Expedition at Lemkamin, New Ireland. He later recorded this species from New Ireland, New Britain and Manus islands ( Lansbury 1968), and in this same work described the subspecies E. alexis lairdi from Jacquinot Bay, on the south coast of New Britain near Pomio. His discrimination of E. alexis lairdi was based on certain differences in the structure and chaetotaxy of the middle leg, and all of the more recently collected specimens from New Britain listed above possess character states conforming to this subspecies, with a set of large, stout spines at the distal end of the middle tarsus. This diagnosis was verified by comparison with the holotype in the Bishop Museum, the legs of which are removed and stored on a vial below the specimen, and by comparison with two male paratypes of the nominate subspecies, also in the Bishop Museum.

It is not clear whether this morphological variability in middle leg morphology truly warrants establishment of a separate taxon, given that the male genitalia of the more recent New Britain specimens listed here ( Fig. 1 View FIGURE 1 ) match closely the figures provided for the nominate subspecies by Lansbury (1968), and which Lansbury noted were identical between the two forms. It is possible that E. alexis lairdi represents one extreme in a range of intraspecific variability within populations scattered across the Bismarck and Admiralty islands, similar to the situation seen in the expression of certain similar leg characters within E. ciliata across its broad range in Southeast Asia. Given, however, that all the specimens above consistently match the description and holotype of E. alexis lairdi , that there does not seem to be any variation in the defining characters for the taxon across these 14 specimens, and that both forms appear to occur in close proximity in eastern New Britain, the subspecific designation is retained for the present.

Ecological notes. Enithares alexis is widely distributed along the island arcs that border the Bismarck Sea to the north and east ( Fig. 67 View FIGURE 67 ), but is unknown on the main island of New Guinea. At a headwater tributary to the Kopiura River in the Nakanai Mountains (CL 7343) this species was taken along the margins of a clear, smoothly flowing creek bordering newly cleared gardens. On the slopes of Mt. Du Faure, E. alexis was collected from a rocky, shaded, first-order tributary streamlet to the Kalu Dagi River ( Fig. 8 View FIGURE 8 ). 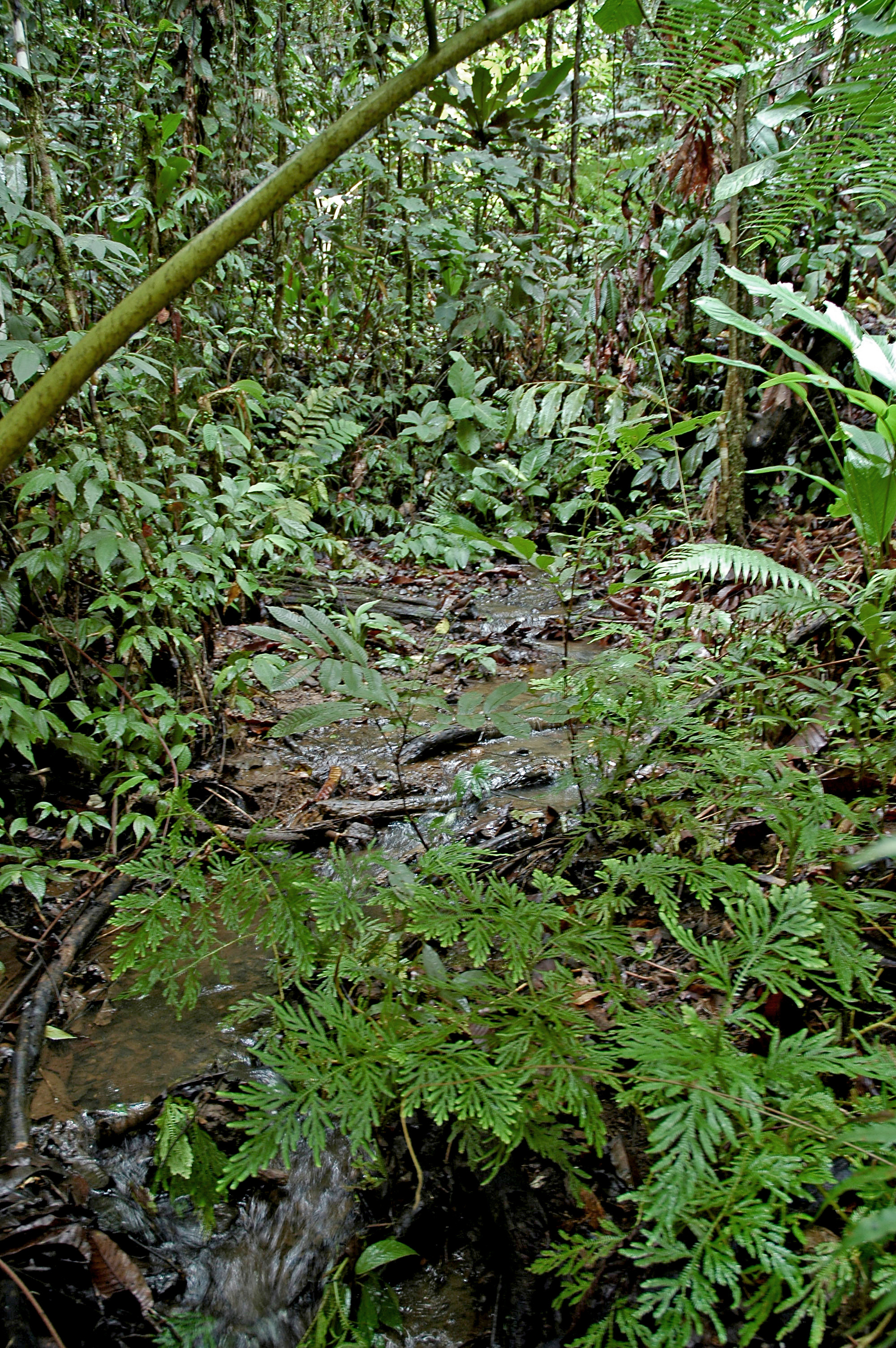 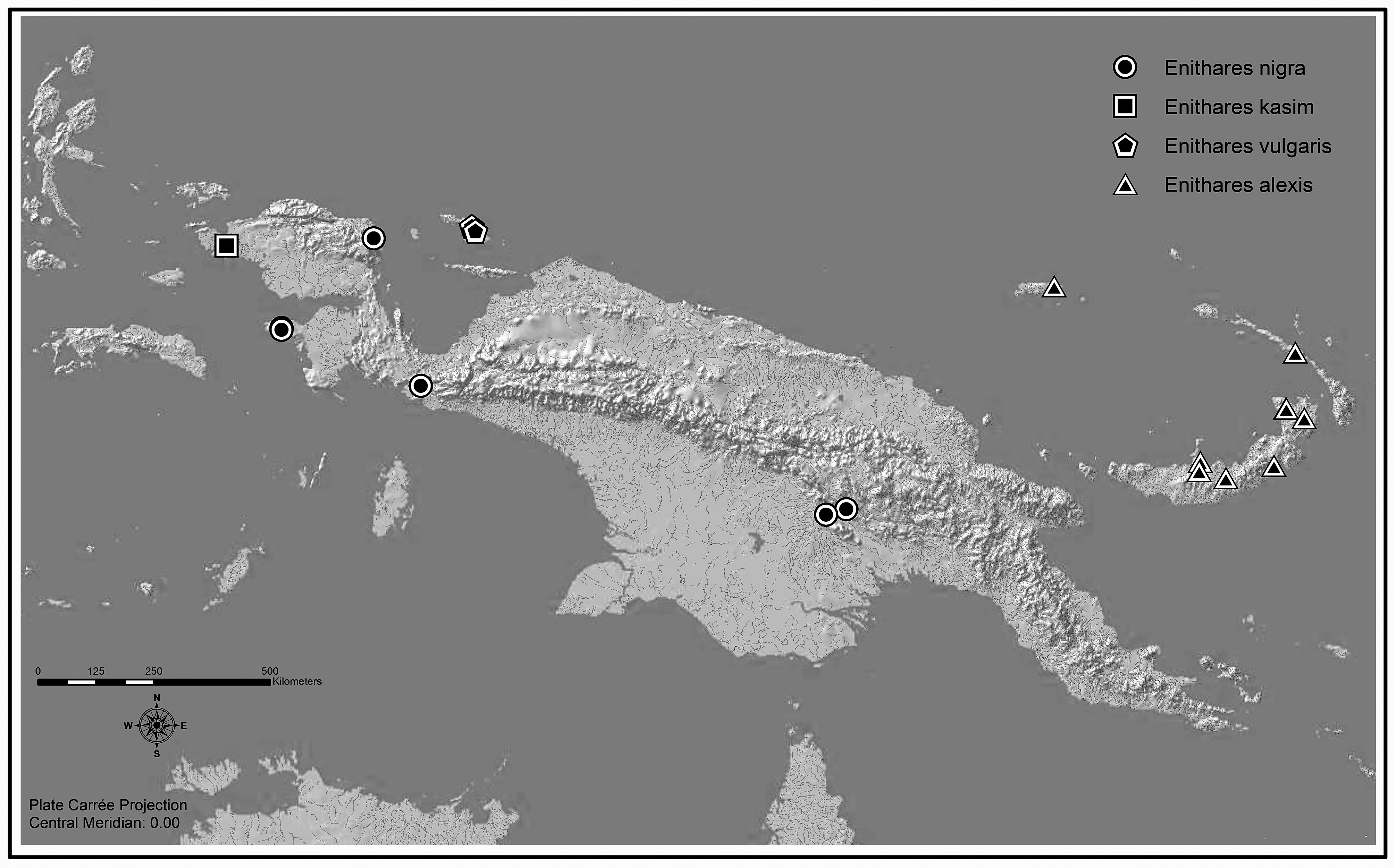