Etymology. The specific name is a Latin adjective meaning “little” and referring to the small body size of the new species.

Distribution ( Fig. 50b View FIGURE 50 ). This new species is known from the Bujuku Valley in vicinity of John Matte Hut at altitudes of 3399–3457 m in the south-eastern part of the Rwenzori Mountains, where it occurs sympatrically with K. gusarovi sp. n., K. pusillus sp. n. and K. berndi sp. n.

Bionomics. According to the label data, the beetles were collected by sifting leaf litter in Erica forest and in tussocks of Carex runssoroensis ( Figs 93 View FIGURE 93 , 94 View FIGURE 94 ). 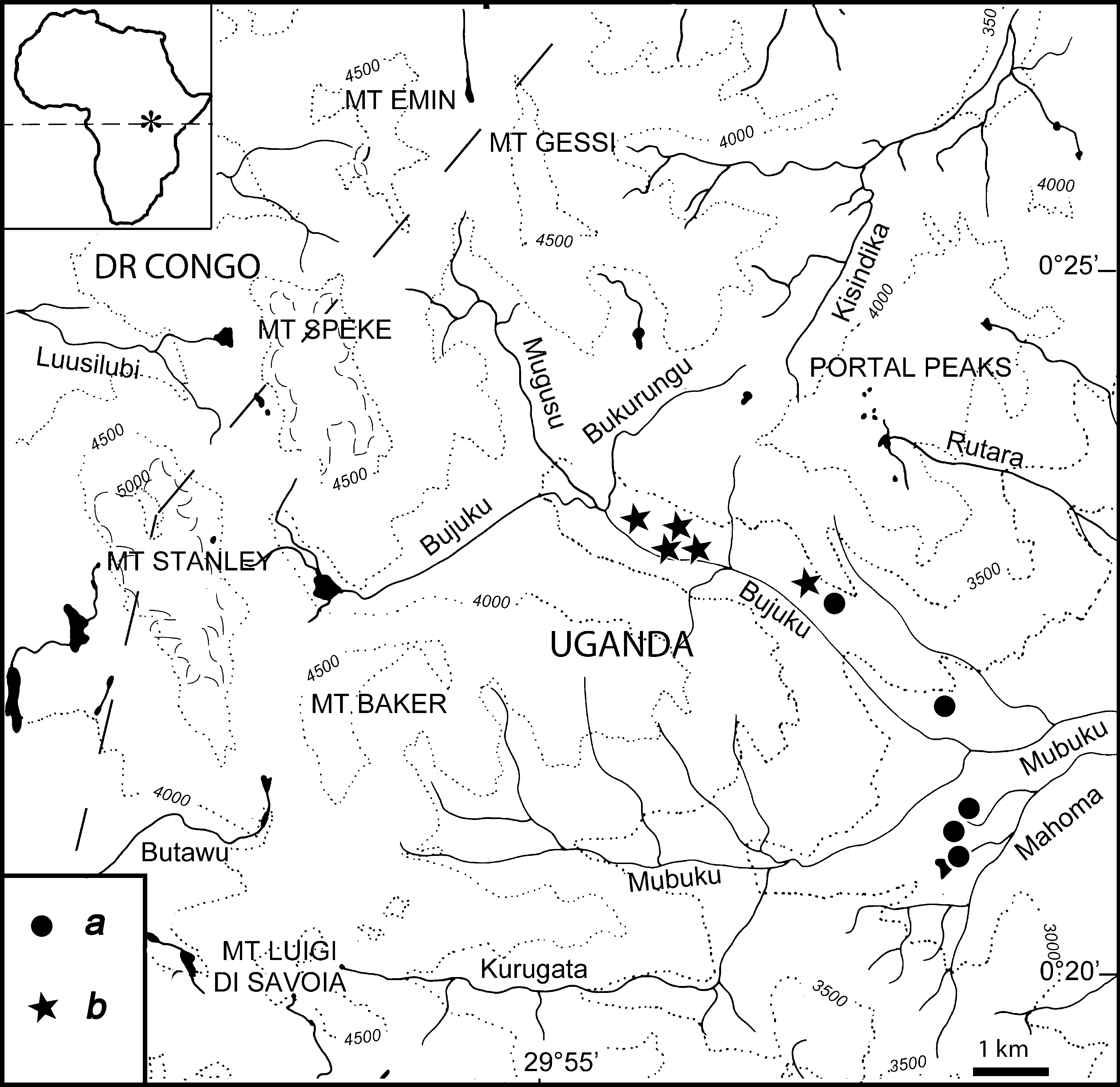 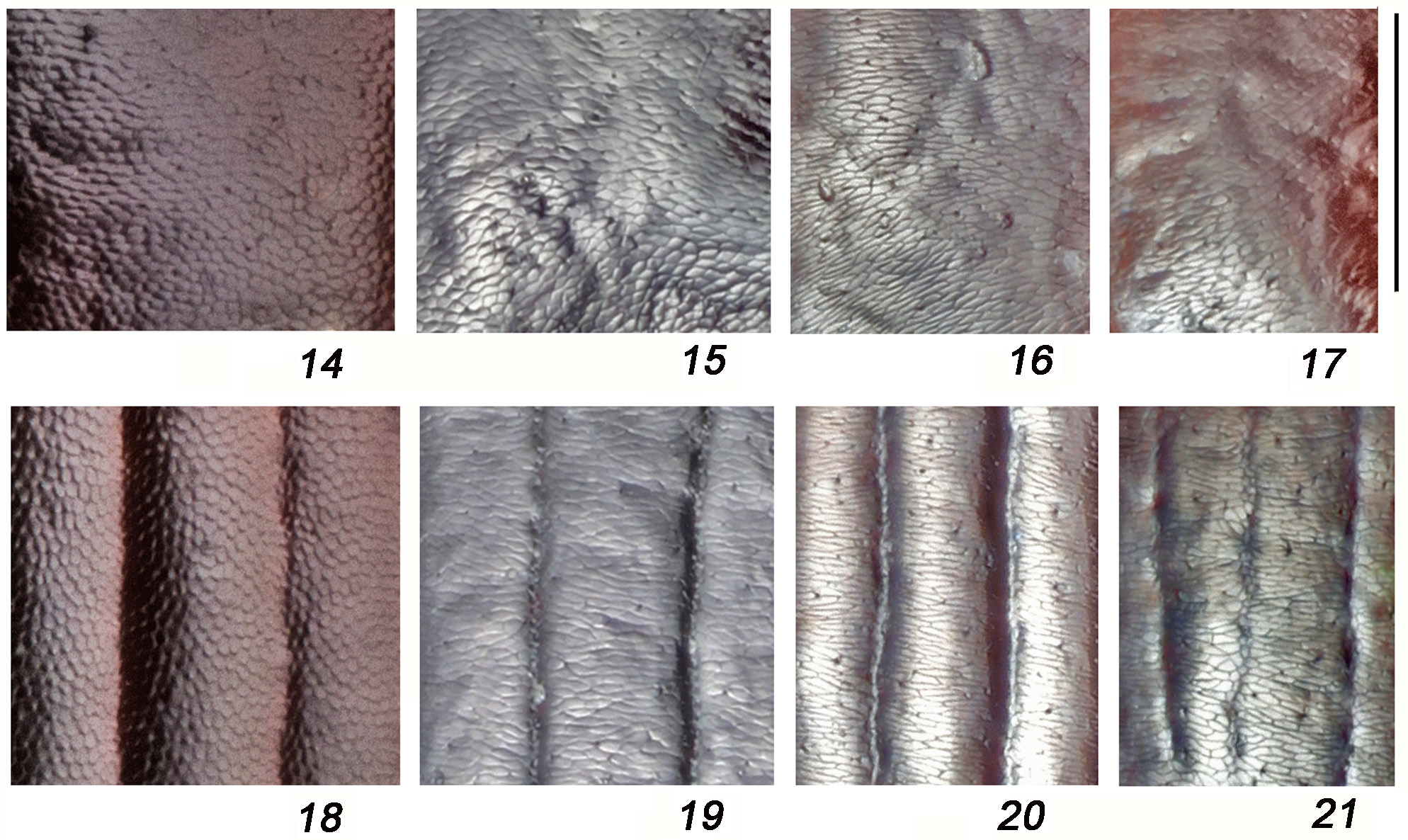 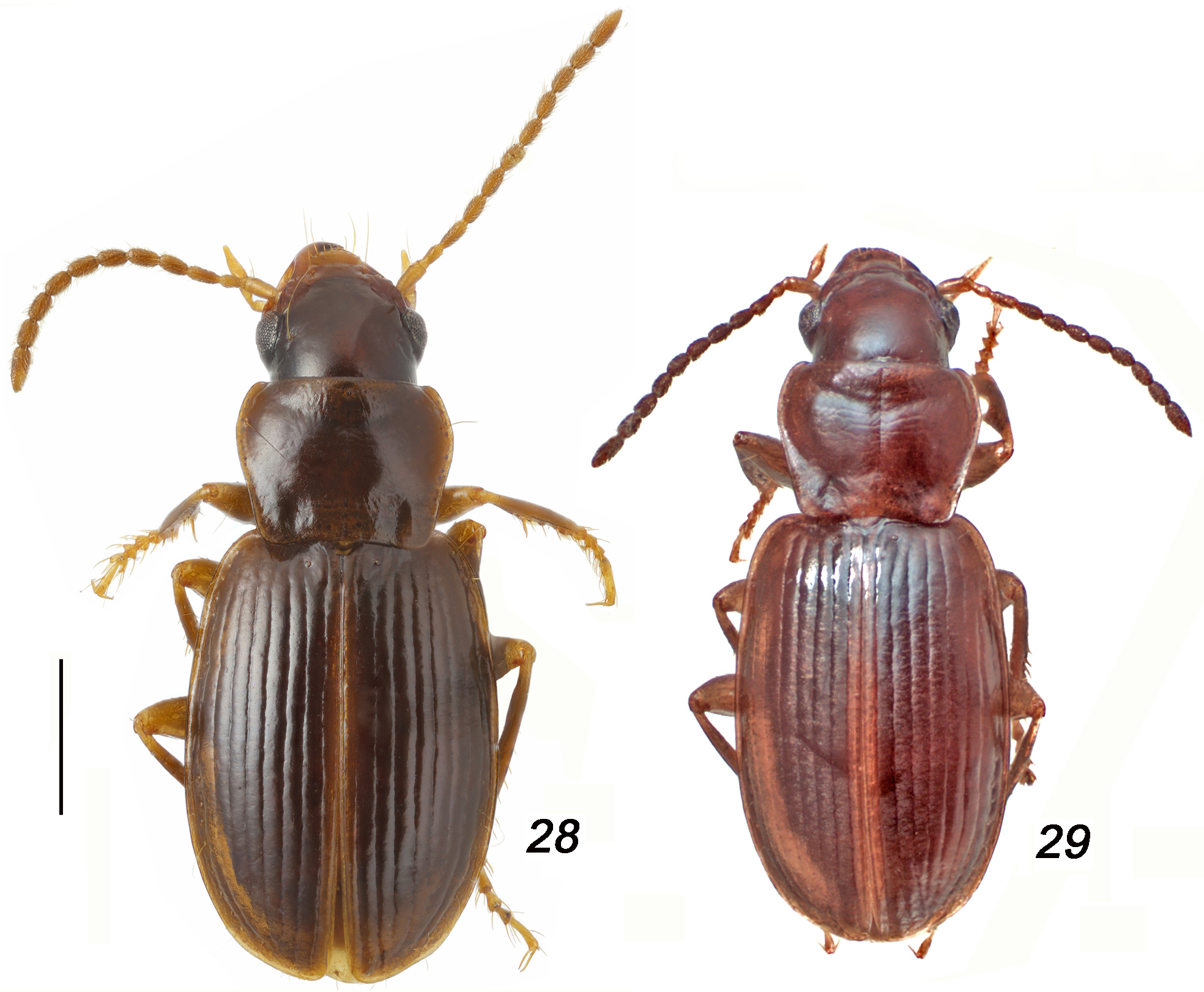