Etymology. This specific name is derived from the name of the carabid genus Trechus , the members of which are somewhat similar in appearance to this and many other species of Kenyacus .

Distribution ( Fig. 51a View FIGURE 51 ). This new species is known from one locality in the Bujuku Valley at altitude of 2999 m in the south-eastern part of the Rwenzori Mountains, where it was found together with K. angustatus sp. n. and K. similis sp. n.

Bionomics. According to the label data, the specimen was collected by sifting leaf litter in forest with Hagenia and Hypericum , with large gaps between trees and pronounced bush and herbaceous layer with Rubus and Impatiens ( Fig. 92 View FIGURE 92 ). 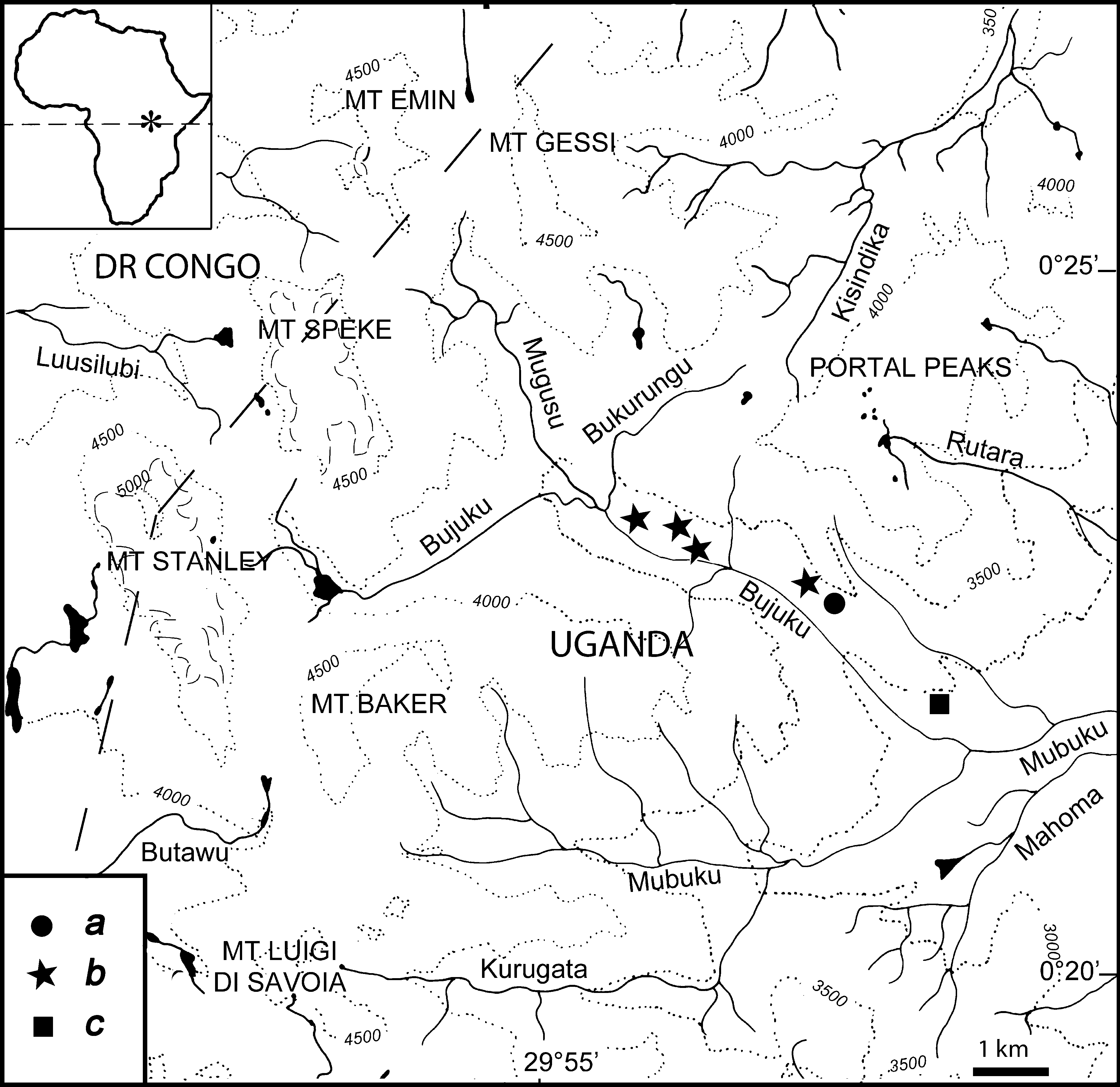