This species is easily distinguished from congeners by its small size (at ca 3 mm, the smallest species in the genus) and striped abdominal pattern. The shape of the epigyne is characteristic, its posterior third part is elongated, V-shaped and with a deep notch.

Since the original description of Menemerus dubius was quite cursory and the type specimens are lost, Wesołowska (1999) recognized this species as a nomen dubium. The recording of another specimen and identifying it as identical to the first allowed for its revalidation and redescription. The shape of the epigyne is identical to that shown in Berland & Millot (1941: fig. 51a). These authors also mentioned that the spider is small. We remove the name Menemerus dubius from nomina dubia. A lectotype of this species is designated to maintain the stability of the nomenclature. 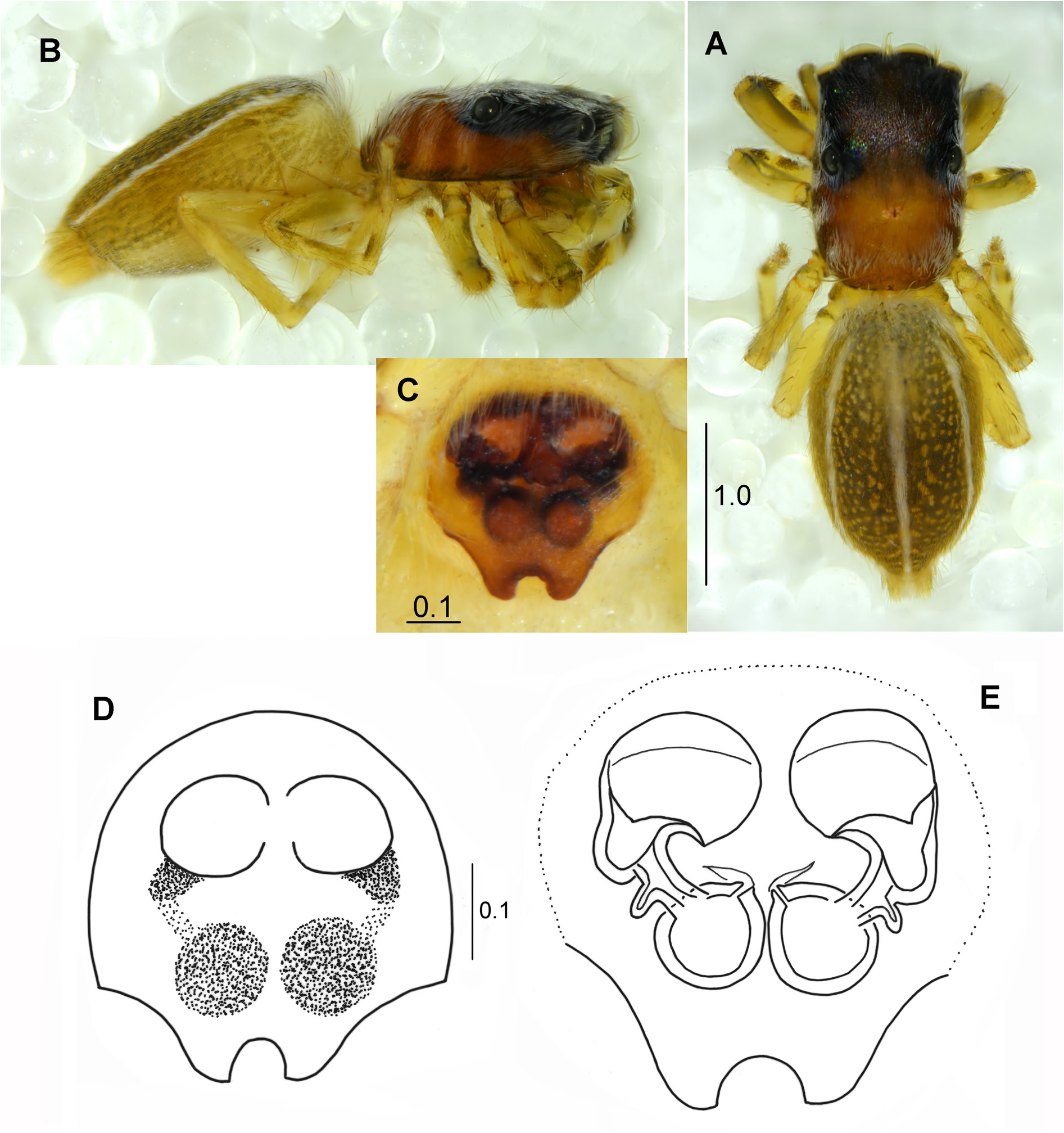