Etymology. The specific epithet “ imperatrix  ” is a Latin word meaning “empress”, used in apposition. It is a reference to the Leopoldina Railway, a railroad that connects the cities of Rio de Janeiro and Macaé  and is named after Maria Leopoldina of Austria (1797–1826), empress of Brazil, who married Pedro I (1798–1834), first Brazilian emperor, and gave birth to Pedro II (1825–1891), the last Brazilian emperor.

Remarks. The male of A. imperatrix  new species was first described as paratype of Alpaida tijuca  by Levi, 1988 (Figs. 340–341). However, taking in account our new data, it is clear that Levi mismatched the couple of A. tijuca  , as the male paratype ( MNRJ 58146, examined) does not belong to the same species as the female holotype. The actual male of A. tijuca  is the male described as Alpaida caxias Levi, 1988  (fig. 346–347). Comments on pairing and synonymy are explained below, under Alpaida tijuca  in the Synonymic and Distribution Notes section.

Natural History. Alpaida imperatrix  new species was usually collected from small vertical orb-webs (around 10 cm wide) hanging between rotten logs and the ground. At night, the spiders remained in the hub, but they retreated to crevices at daytime. Most specimens were collected by “sieving” litter, searching “cryptic” habitats and using “looking down” sampling techniques. 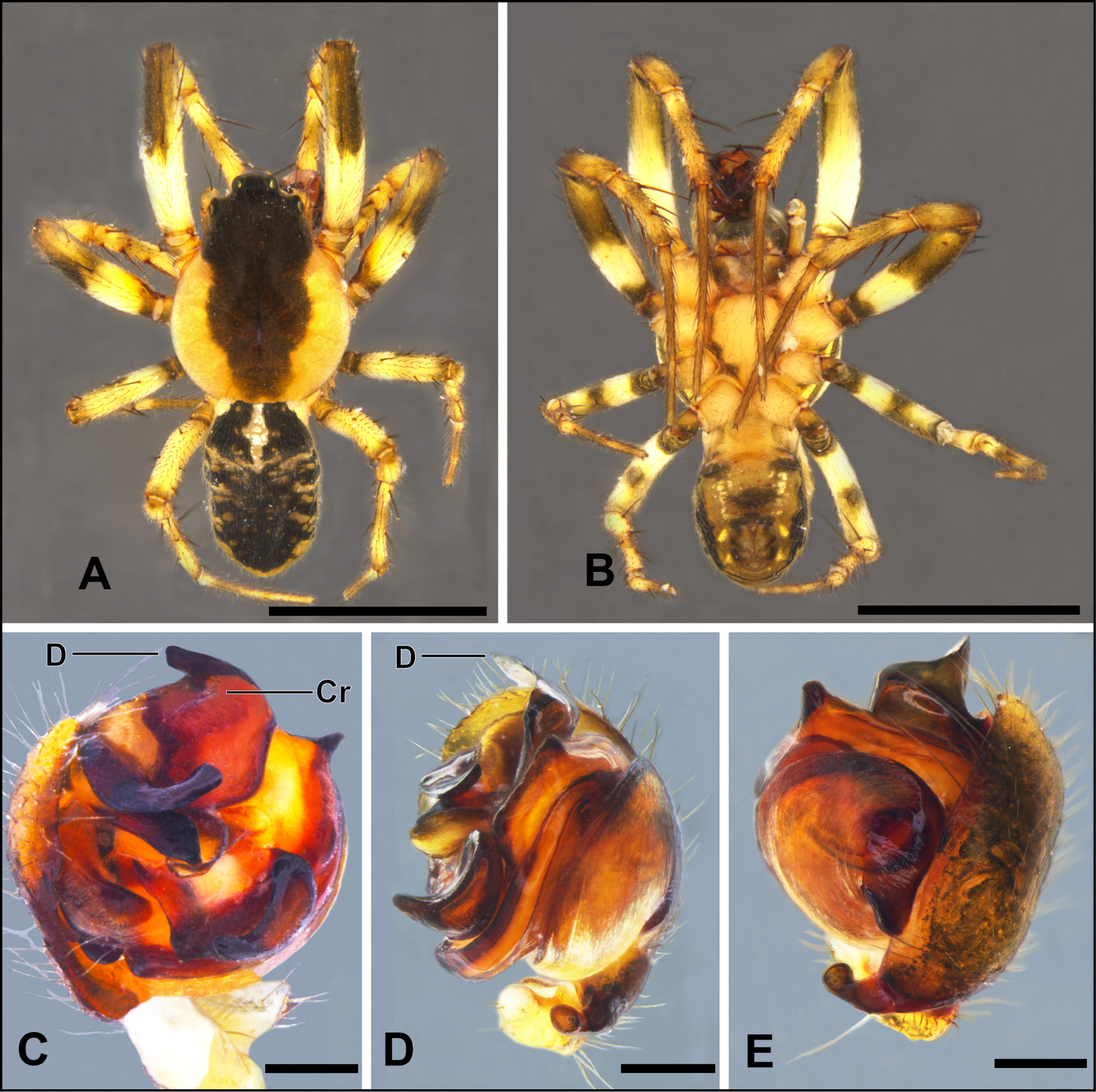