After A. fragariae , A. ritzemabosi has the highest number of reported hosts in both flowering plants and ferns ( Table 1 View TABLE 1 , Fig. 1 View FIGURE 1 ). It is particularly problematic on Chrysanthemum L. and has previously been reported from circa 200 plant species ( Escuer & Bello 2000, McCuiston 2007). That number increases to 321 in this paper with 314 flowering plants and seven ferns ( Table 1 View TABLE 1 ). Escuer & Bello (2000) mentioned that several weed species or noncultivated plants are suitable hosts for this species and further studies should be addressed to confirm this possibility. Reports in Asteraceae Bercht. & J. Pres are especially numerous (see online database) and around 85 species of this family have been mentioned as associated plants with A. ritzemabosi . 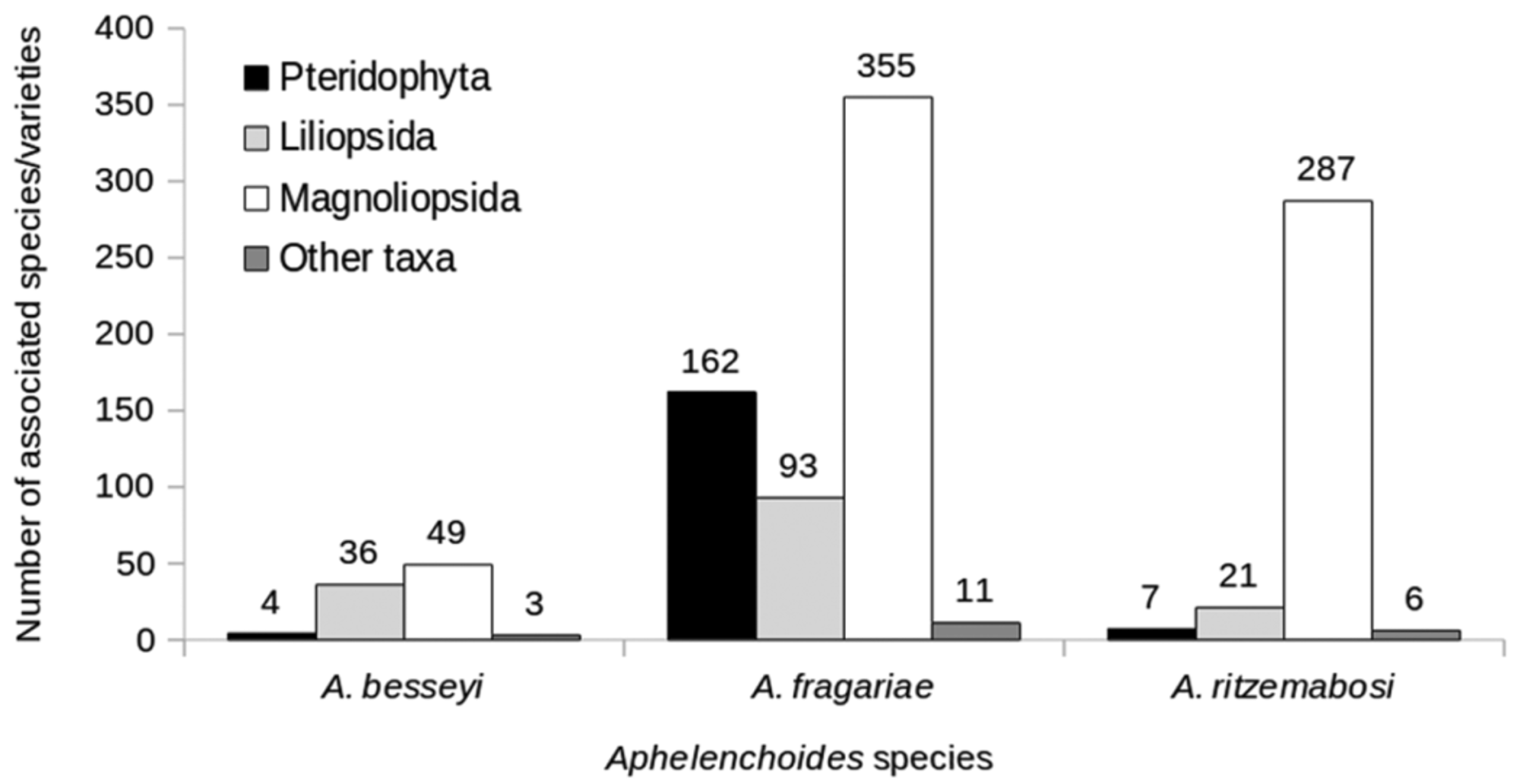