Etymology. Named after Mount Iwaki, on the slopes of which the type locality is located.

Pair of testes located in segments 5 and 6 on anterior septal wall with stages from morulae to spermatozoa free within coelom in both segments. In each segment, two prominent sperm funnels each connect to a short, vas efferens which then merge into a vas deferens ( Fig. 1E View Fig ); both vasa deferentia enter the glandular atrium ectally. Male organs difficult to see, being small and often pressed against ventral body wall. Glandular atrium club-shaped, its length 0.3× segment diameter, without deferent lobes or prostate gland ( Fig. 1E View Fig ). Muscular atrium tubular, its length 0.2× segment diameter, with its ectal half forming a penial sheath and connected to small, spherical bursa containing eversible penis. Spermatheca with short duct, 0.1× segment diameter, passing through body wall before terminating shortly after ( Fig. 1E View Fig ). An anticipated ental glandular bulb has not be found to date.

Variations. The peristomium may be either cylindrical or funnel-shaped, and the body is slim-pyriform to rod-like. These variations reflect the worms’ reaction on contact with a preservative. Dental formulae range from 10/9 (5-1-4/4-1- 4) to 11/11 (5-1-5/5-1-5) and maybe greater; however, the respective jaw base shapes and sizes are all alike. The small, short spermatheca is rarely recognizable as it is pressed against the ventral body wall.

Distribution and habitat. The new species is found in the western half of Aomori Prefecture in northern Honshu ( Table 1).

Japanese crayfish were collected from small, cold, headwater streams with small rocks interspersed with patches of gravel and thin branches. Specimens of C. iwakiensis   were not found in the branchial chamber, but on their hosts’ carapace, abdomen, and appendages, among which no preferential site can be discerned.

Remarks. Specimens of Cirrodrilus iwakiensis   always occurred with more numerous C. aomorensis   on a host. Specimens were collected throughout the year except during January to March, when snow and ice prevented access to the collection sites. Examination of gut contents of C. iwakiensis   showed no appreciable change in composition over the seasons. The diet consisted of brown, amorphous flocculent masses with diatom frustules, algal debris (cell walls), and mineral particles in small amounts. Occasionally, small bodies containing nucleated cells and larger unidentifiable fragments, also nucleated, were observed. 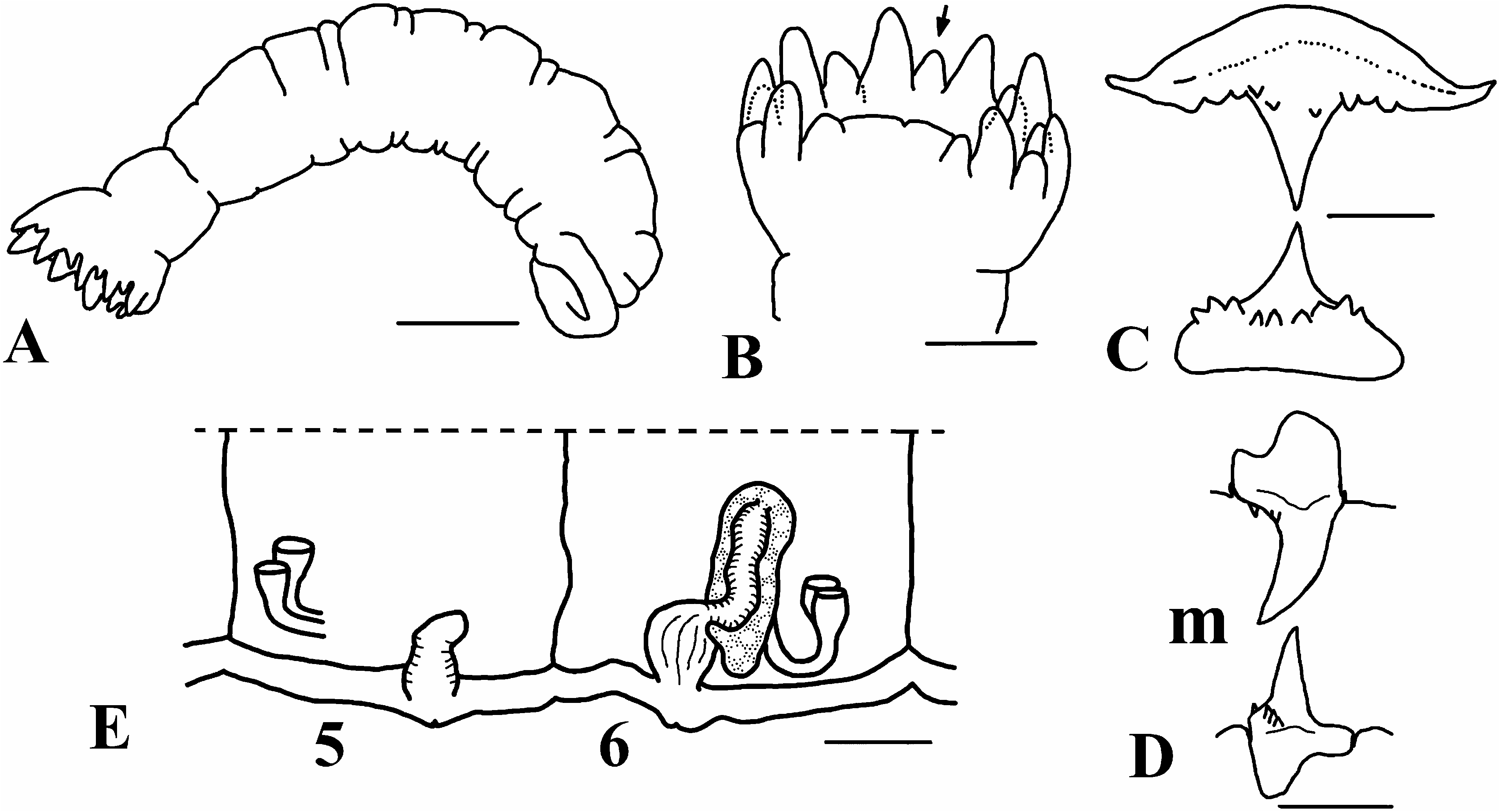 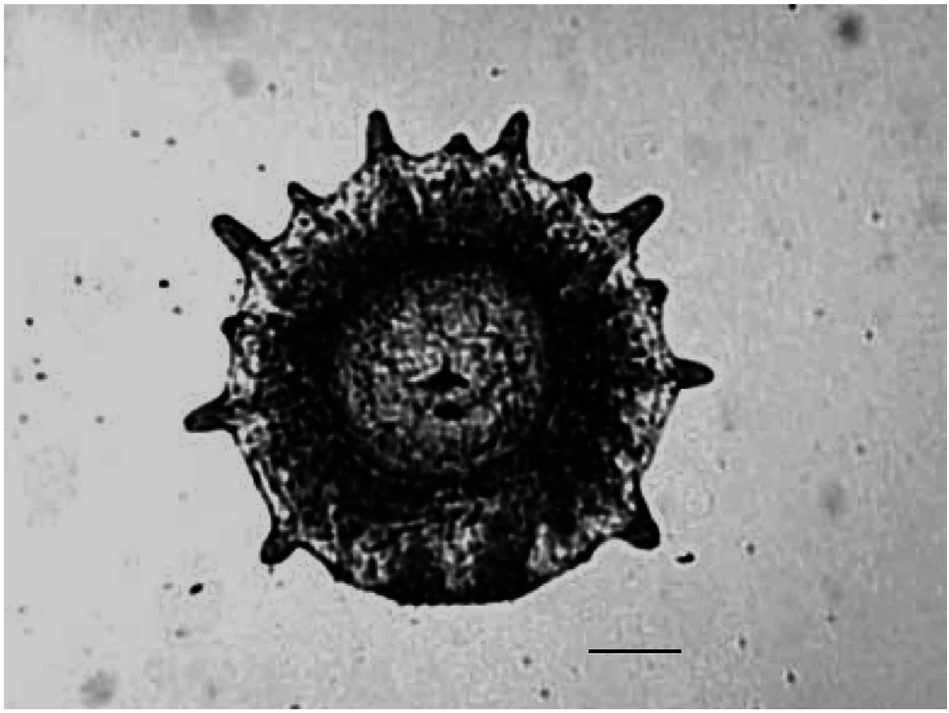