Diagnosis. This species does not belong in any of the species groups proposed by García Aldrete et al. (2013). It differs from the known species of Euplocania   , by having the hypandrium of five sclerites and by having the forewing with a slender, pigmented marginal band, from pterostigma to A 2, with two hyaline areas from R 2+3 to CuP, on each side of the vein ends at wing margin. Therefore, a new species group is proposed for this species, the quinquedivisa   group (see Discussion, below).

Etymology. The specific name is a compound word based on the Latin words quinque = five, and divisa = divided, and refers to the hypandrium of five parts. 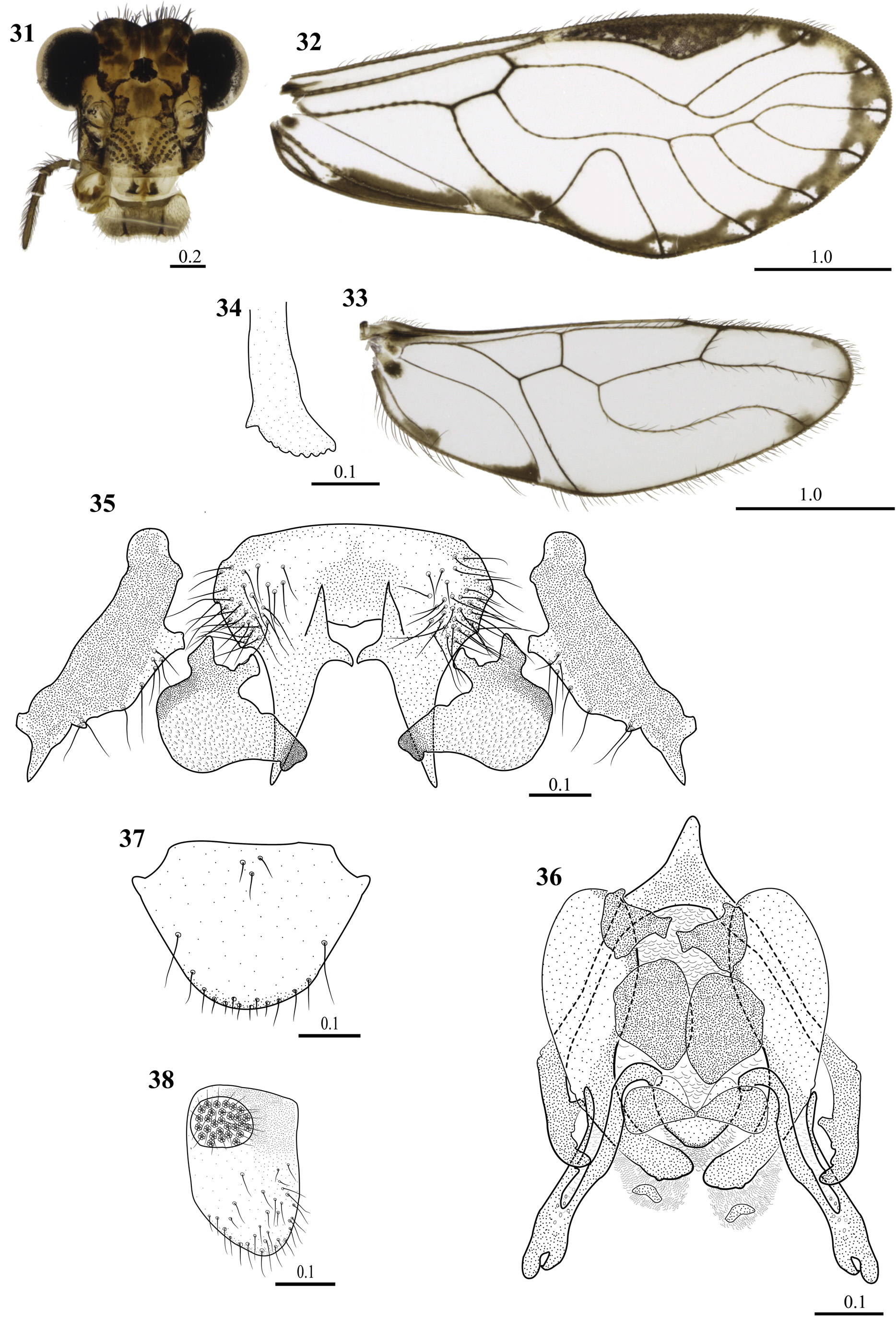 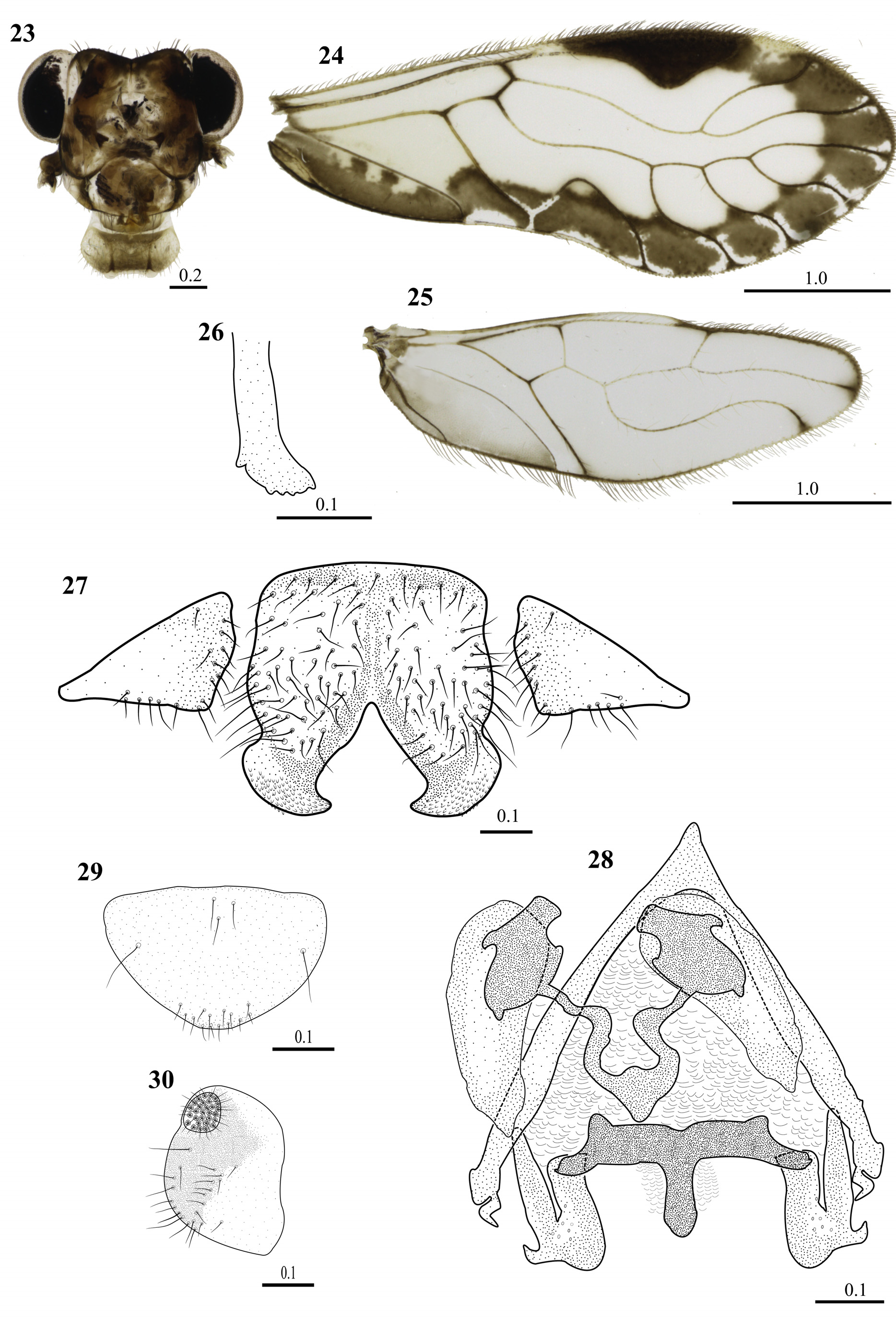