Color in life. Based on color photographs of two paratypes: an adult male not identified among paratypes UFBA 6230, 6256– 6258, and an adult female, UFBA 6290 (fig. 3 A–D). Dorsal ground color faded tan brown, maculated with variegated browns, mainly with color tons of cream, reddish and grayish browns, looking like dead leaves. Longitudinal ridges of the spear-shaped ornamentation on dorsum dark brown to reddish brown, not contrasting with dorsal ground color. Warts on dorsum cream, reddish brown or dark brown; palpebral appendages reddish brown. Interior surface of the spear-shaped ornamentation on dorsum not contrasting with the rest of the dorsal surface in one specimen (fig. 3 A), and grayish brown in the other, in which it contrasts from the general tan background color (fig. 3 B, C). Upper eyelids light brown to grayish brown, connected by a light brown or reddish brown interorbital stripe. An oblique row of cream color warts is noticeable from the angle of jaw to the upper arm. Upper lip cream color. Canthus rostralis delimited from below by a dark brown irregular stripe, from anterior corner of eye to nostril. Lorus with grayish brown to dark brown background color, maculated by a dark brown band from the anterior corner of eye to upper lip, followed by two other dark brown bands, the latter from the posterior corner of eye to near the upper arm. Tip of snout dark brown. Two to three transverse dark brown bars on forearm, shank, and foot. Ventral ground color of throat, chest, belly, arms, legs, hands, and feet tan color, with warts and tubercles cream (fig. 3 D). Pupil black; iris copper brown, its lower region gray color ornamented by black reticulations, marginally delimited by an irregular black aureole.

Variation. Specimens are congruent with respect to the morphologic characters. Descriptive statistics of measurement variables from adult males and females are in Table 1. Variations in color patterns were already described in color in life and color in preservative items.

Etymology. The specific name, a Latin adjective (minutus = small, minute), is an allusion to the small size of the new species.

Tail length 58.3–61.2 % total length; tail as high as the body height, slightly arched. Tip of tail rounded to slightly pointed. Dorsal fin starts on junction of body to tail, 1.3–1.7 times higher than the ventral fin, both highest at the second third of the tail; ventral fin slightly less arched than the dorsal fin. Oral disk emarginated, ventrally positioned, its width 30–38 % body width, surrounded by a single row of conical or rounded marginal papillae, which are widely interrupted at the anterior labium. The marginal papillae are larger at the posterior labium, becoming smaller laterally towards the anterior labium. Tooth row formula 2 (2)/ 3 (1) with rows of teeth placed on ridges; rows A- 1 and A- 2 of equal length and P- 3 shorter than the others. Labial teeth black, long, slightly curved towards oral opening. Upper and lower jaw sheaths wide, with serrated edges; upper sheath shaped as a shallow-M, lower sheath U-shaped.

Live tadpoles with dorsum densely covered by irregularly bordered golden blurs that reach the lower region of flanks, in which they became sparse, fragmented and shaped as small horizontal lines, which also occur in the venter and tail. Tail with 1–5 well marked broad and black irregular vertical bars, which are fragmented into smaller blotches towards fins and tail tip. The transparence of the skin confers to musculature a clear whitish-pink color. Venter transparent, oral region white, internal organs slightly visible. Iris orange-red, bordered internally and externally with the same golden color of dorsum, presenting a darken region that resembles a vertical bar. Limb bud with black marks. Dorsal surfaces of body, tail musculature, and dorsal fin at the end of tail with irregular areas of reddish-brown faded blurs.

Live tadpoles of Proceratophrys minuta differ in color from that of P. avelinoi , P. cristiceps , P. concavitympanum , P. cururu , P. palustris , and P. m o r a to i mainly by the golden blurred dorsum and presence of black vertical bars in tail of the former (background color brown, maculated with dark brown or gray blotches in these species), and also from P. moehringi and P. re na li s (these two species differ from the six former species mainly by the presence of dark brown transverse bands on dorsal surfaces of the tail musculature). The overall color pattern of P. minuta tadpoles resembles that of P. schirchi , P. appendiculata and P. laticeps , but differs in the pattern of bars and blotches/spots on tail. In P. minuta , the tail musculature is often covered in its entire vertical range by transversal black bars, which sometimes reach the dorsal fin (transversal brown bars covering only dorsal region of tail musculature in P. schirchi , P. appendiculata , P. b o i e i, and P. laticeps ); P. m in ut a tadpoles present only the first third of ventral fin transparent, ventral fin fully transparent and maculated by small golden blotches in P. schirchi ( Peixoto et al. 1984) ; tadpoles of P. m i n u t a lack a small cream blotch in the middle of dorsum reported for P. appendiculata by Peixoto and Cruz (1980). The blurs that cover the dorsum and flanks of P. m i n u t a are golden colored, silver in P. boiei . Proceratophrys minuta lacks pale brown reticulations on caudal musculature and fins reported for P. moehringi by Weygoldt and Peixoto (1985). The golden blurred dorsum and the presence of black vertical bars on tail musculature of P. m i n ut a tadpoles differ them from that of P. renalis , which lack such patterns. Morphological features of tadpoles of Proceratophrys minuta are similar to that observed for the genus, with few subtle differences among species. Tadpoles of P. m in ut a differ from that of P. cururu by presenting the nostril nearer to eye than to tip of snout (closer to tip of snout in P. c u r ur u), and by the spiracle nearer to snout than to body-tail junction (closer to body-tail junction in P. cururu ; Eterovick & Sazima 1998). The tip of tail is rounded in P. minuta , pointed in P. cururu , P. concavitympanum , P. cristiceps , P. laticeps , P. renalis , and P. tupinamba . The size of eyes in P. m i n u t a (eye diameter [ED] 9–10 % body length [BL]) is similar to that of some species with palpebral appendages ( P. laticeps and P. re n a l i s; ED up to 9.5 % BL), P. schirchi (ED 10 % BL), P. avelinoi (ED 9 % BL), smaller than that of P. palustris (ED 11 % BL) and species related to the P. cristiceps group ( P. cristiceps , P. concavitympanum , and P. c u r u r u; ED larger than 12 % BL), and larger than P. appendiculata , P. b o i e i, P. moehringi , and P. tupinamba (ED <9 % BL). Second tooth row interrupted in P. minuta , continuous in P. appendiculata and P. tupinamba .

Geographic distribution. Proceratophrys minuta is known from two localities in the northern sector of the Espinhaço mountain range (fig. 5), both included in the Chapada Diamantina ecoregion ( Velloso et al. 2002). The Chapada Diamantina ecoregion is comprised in the Caatinga Morphoclimatic Domain, characterized by vegetation morphologically and physiologically adapted to semiarid conditions (Ab’Sáber 1977). At both localities, elevations range from approximately 800 m to 1300 m. The topography is characterized by mountainous terrain, with deep valleys and steep cliffs, and is classified as extremely unstable with medium slopes ranging from 30 o to 45 o, except for the tops. According to the Köppen classification, the climate is of the semi-arid BSwh type, rainy in the summer and dry during winter. The rainy period is from October to April, and the wettest months are from November to January. Because of the high elevations, minimum temperatures reach less than 14 o C in winter whereas in the surrounding areas are up to 20 o C. Such characteristics are reflected in the vegetation cover, which consists of seasonal semi-deciduous forests and environments of campo rupestre (rocky mountain fields), which contrasts with lowland areas surrounding these mountains (up to ca. 500 m a.s.l.) that are characterized by shallow soils with caatinga vegetation (Ab’Sáber 2003). An extended description of the study area of the Parque Estadual das Sete Passagens can be assessed in Xavier and Napoli (2011). 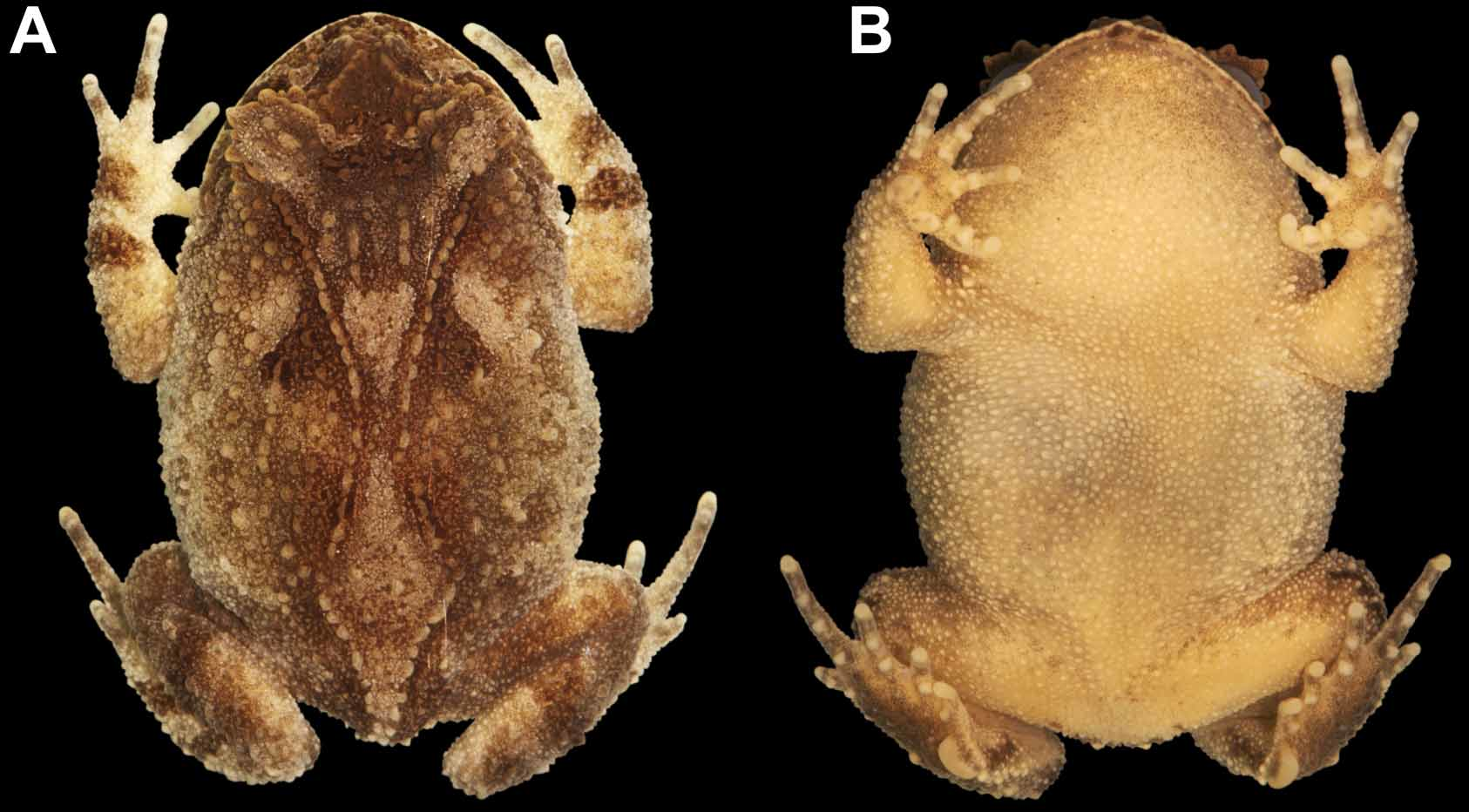 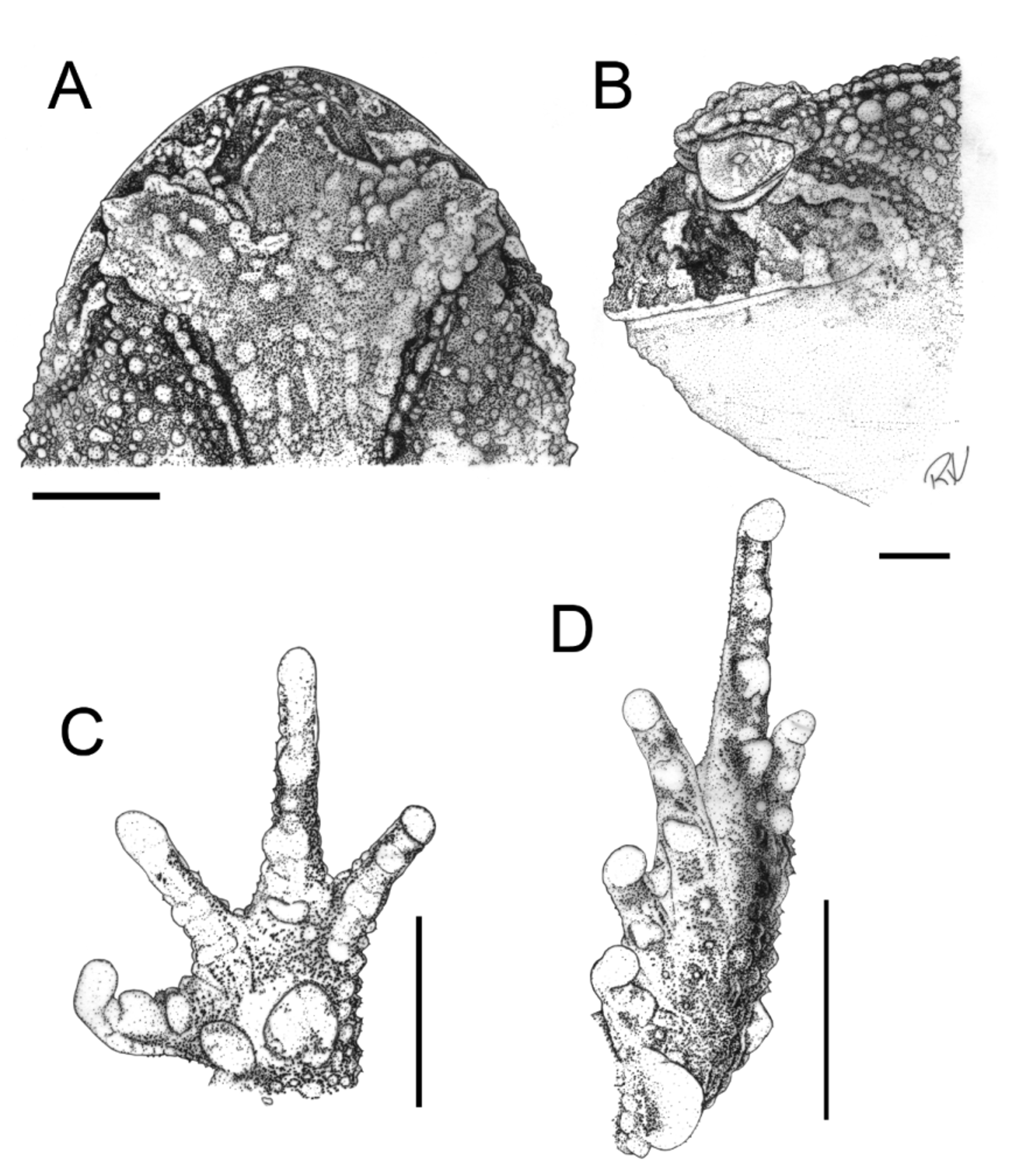 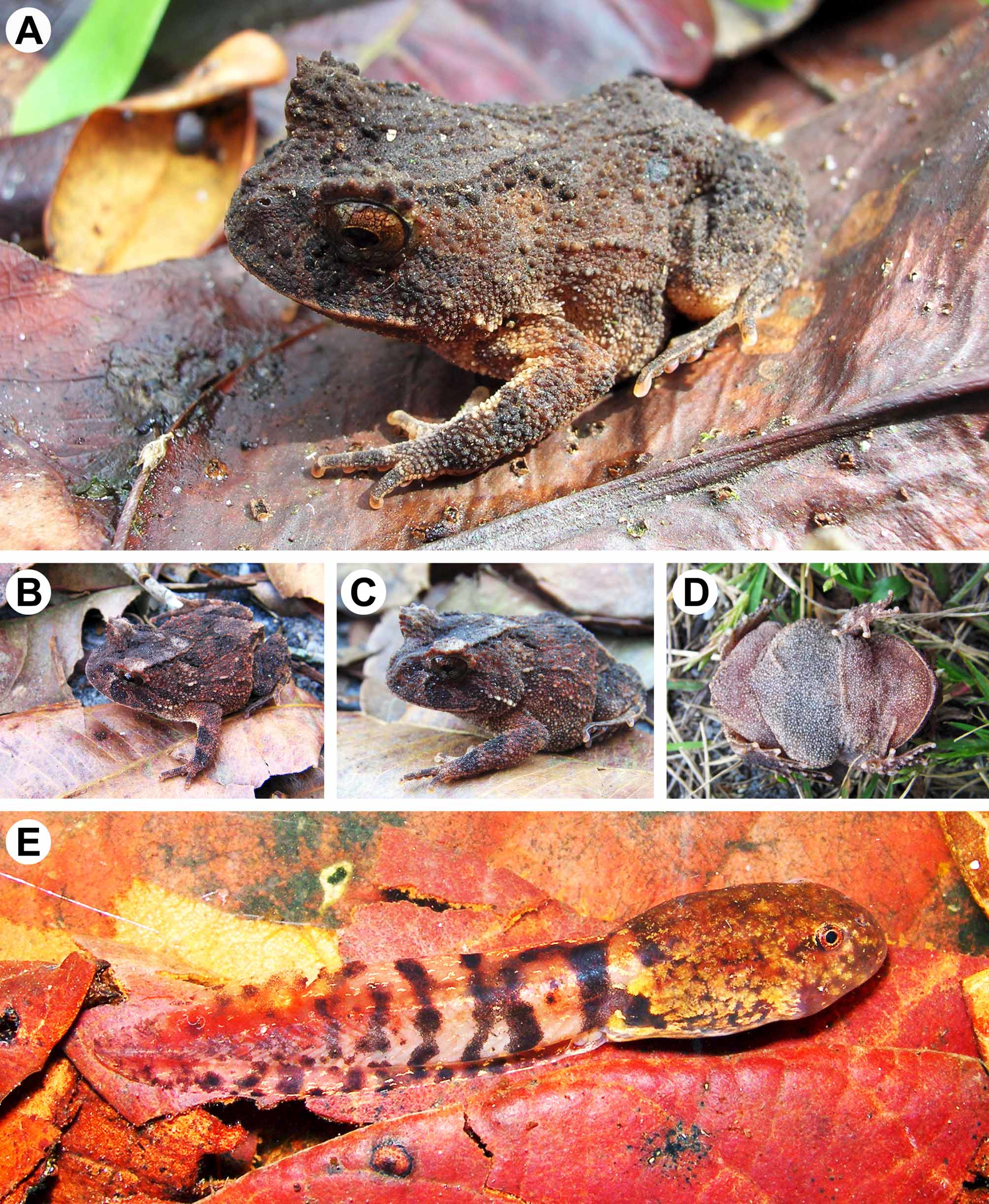 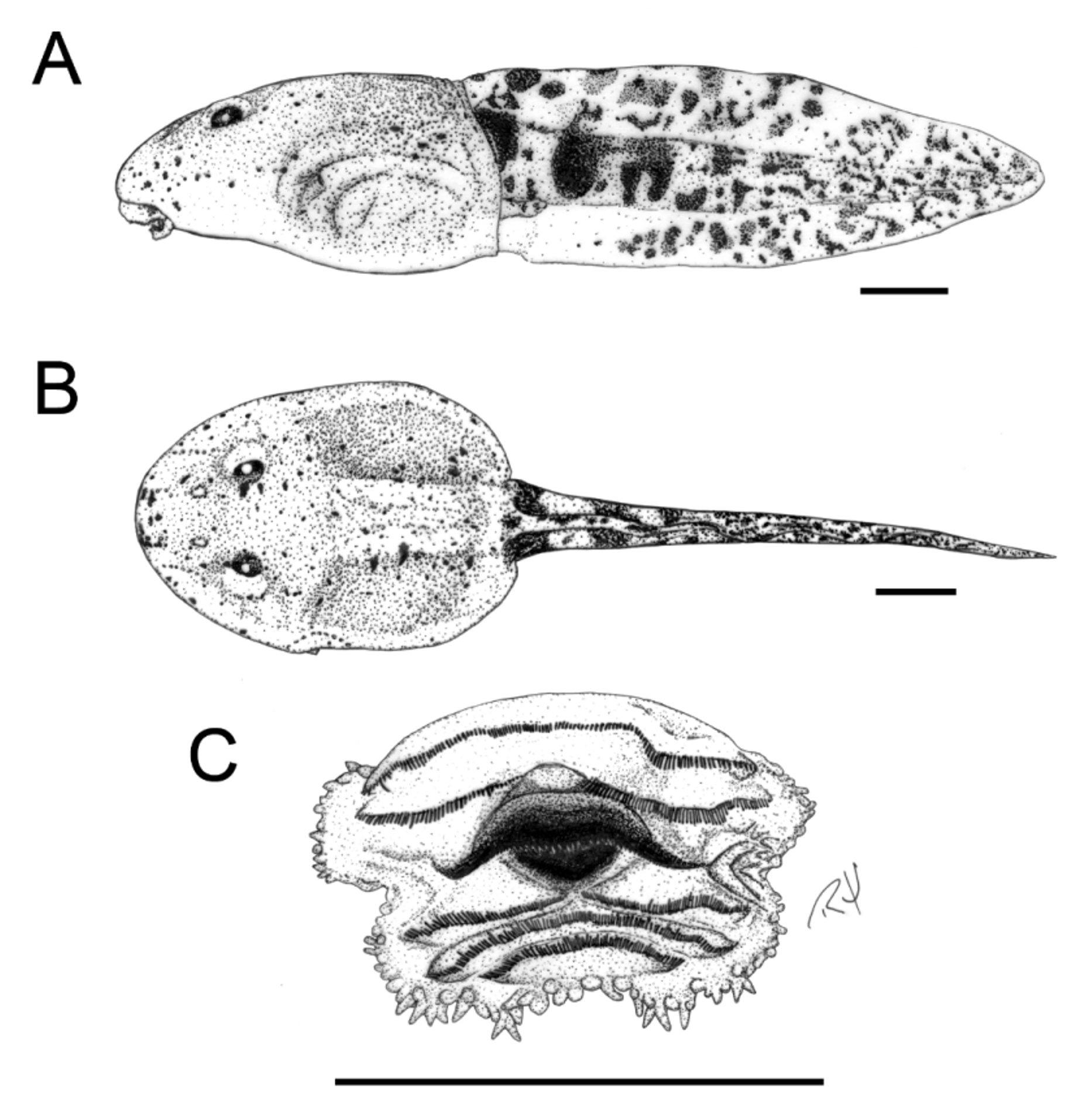