This is the common, little green mantispid of the eastern United States and thus its presence in the Antilles is not surprising. It is here recorded from Andros Island in the Bahamas for the first time. The Cuban record is based on 4 examples recorded by Alayo (1968) from Camagüey, the types of Mantispilla taina   . The synonymy was recognized in the thesis of Hoffman (1992) but not previously published. The identity of the Dominican material has presented problems, as the angle of aa-ap is more nearly erect (as in Z. viridula (Erichson))   than is usual in this species ( Fig. 8A View Figures 7-15 in Alayo 1968 shows much of the same effect). However, it was discovered that the antennal flagellomeres are black in Z. viridula   and it never shows a clearly defined mid-dorsal yellow stripe on the pterothorax. The Dominican specimens have yellowish antennal flagellomeres and at least 1 male shows a distinct yellow mid-dorsal stripe, both characteristics agree only with Z. minuta   . To confirm its identity the abdomen from a Dominican male was cleared and the genitalia were found to be in full agreement with Z. minuta   . 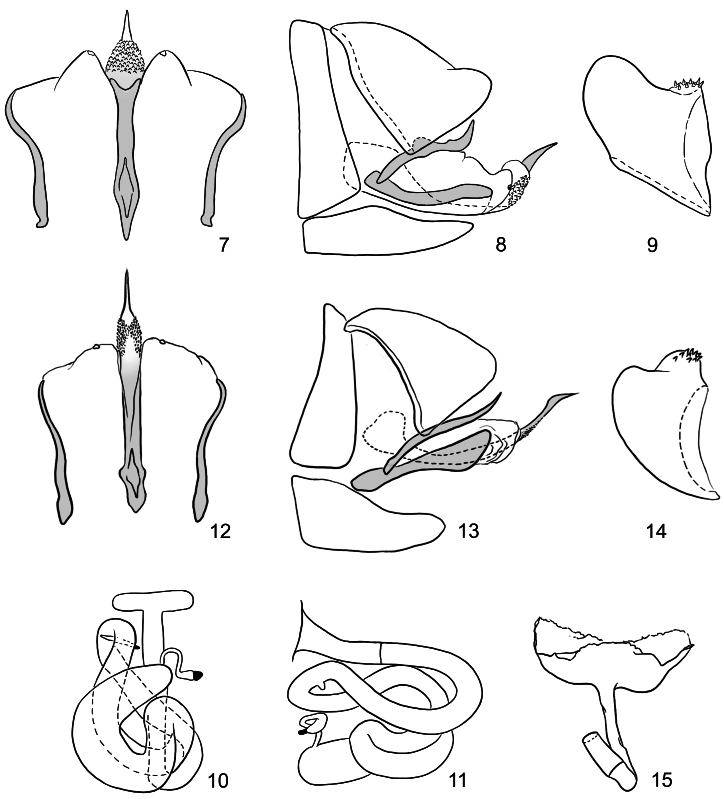