Description of adults by Brown & Hodkinson (1988).

Egg. About 0.2 mm long; oblong oval, about twice as long as wide; irregularly narrowing at apex which is subacute ( Fig. 26View FIGURES 22–26). Judging from the few eggs we have seen in the cleared abdomina of females, it appears that the eggs are soft-shelled and only weakly sclerotised.

Comments. Mitrapsylla  contains 15 valid described species, for five of which there are host records. Four species are reported from faboid legumes and one from a caesalpinoid legume. Here we describe nine new species from Brazil which are associated with Copaifera  (confirmed or likely). Mitrapsylla minuticonis Brown & Hodkinson  , a species described from Panama, is morphologically similar and probably closely related to M. copaiferae  sp. nov., suggesting that it develops also on Copaifera  . The immatures of only five species are known. Adults and immatures of Mitrapsylla  can be identified with keys provided below. 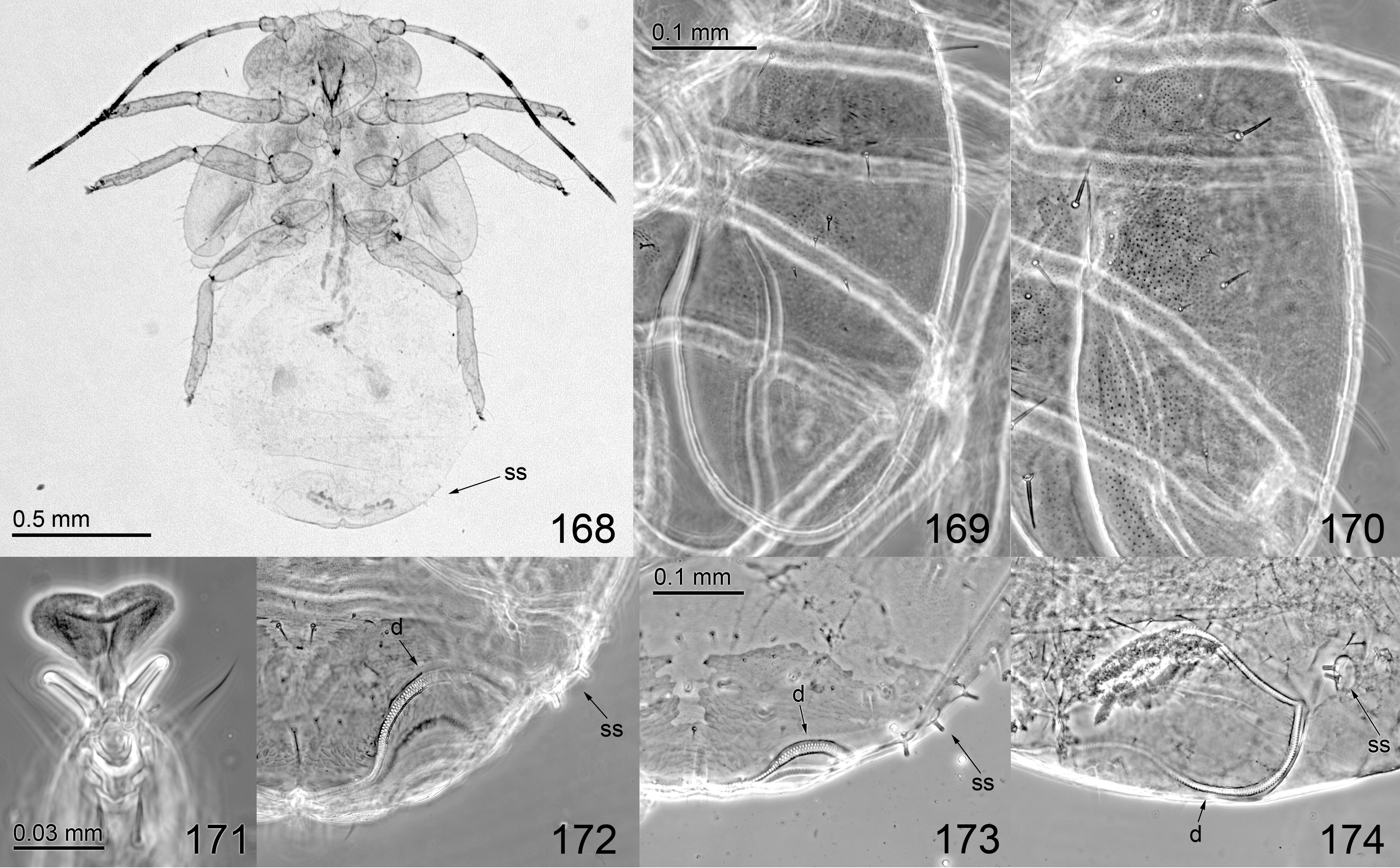 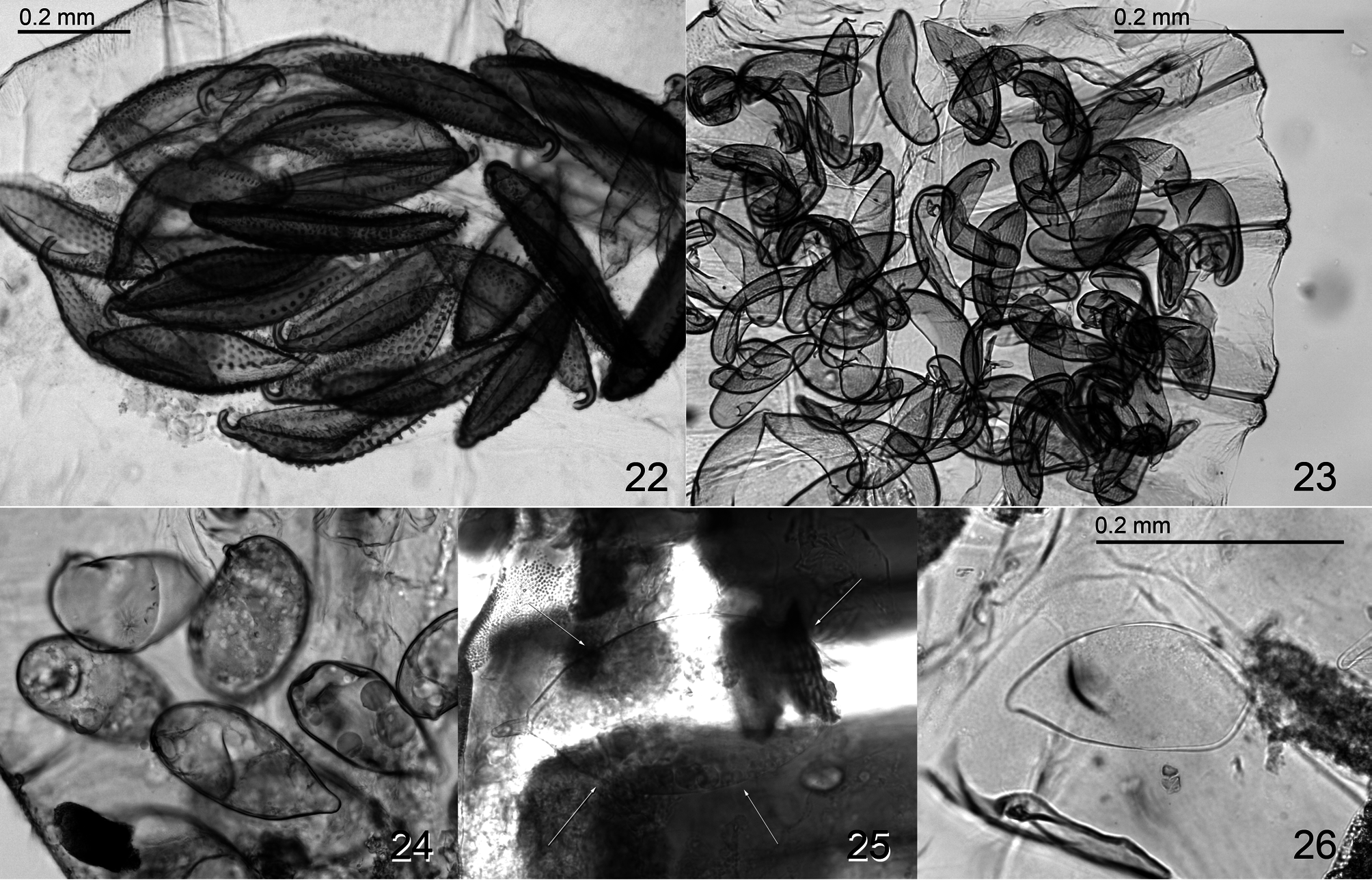