Etymology. Named mauffrayi   (Latinized name) in honor of the collector William F. Mauffray in recognition to his valuable contributions to the knowledge of Neotropical Odonata   .

Remarks: Argia mauffrayi   is unusual in its overall orange coloration and lack of any pale color on the terminal abdominal segments. Specimens are noticeable in the field as Sanchez, one of the collectors of the paratype, noted its orange color when reporting its capture to Garrison. Mauffray and Tennessen noted the following: "[The holotype] was collected at approx 9:30am along forested trail on a very steep hill with a few small sun-lit spots. It was collected as it flew upward and perched on a leaf in one of these sunny spots along with Argia variegata   [Förster], Argia oculata   [Hagen in Selys] and Polythore gigantea   [(Selys)]. There was no seepage nor stream at that location; however, there was a small seepage stream about 50 meters from the location. Ken and I continued to look for other specimens and even returned to the site about an hour later, but the weather had turned cloudy" and "..when I first saw the specimen flying–it appeared mostly orange–[and thought] it's a small Heteragrion   !"

Although the female of A. mauffrayi   is unknown, we suspect that the mesostigmal plates will likely be poorly developed similar to the female sex of A. acridens   , A. cuspidata   (Garrison & von Ellenrieder 2018, Figs. 69 & 72 respectively) and A. mishuyaca Fraser, 1946   (Garrison & von Ellenrieder 2015, Fig. 7c View FIGURES 1–10 ). The curvilinear cercus in the males of these three species are longer than the paraproct and are armed terminally with a apical decumbent tooth—a condition similar to that illustrated here for A. mauffrayi   .

Argia mauffrayi   , which is sympatric with A. acridens   and A. cuspidata   , is thus far known only from Esmeraldas and Pichincha Provinces in western Ecuador ( Fig. 18 View FIGURE 18 ). 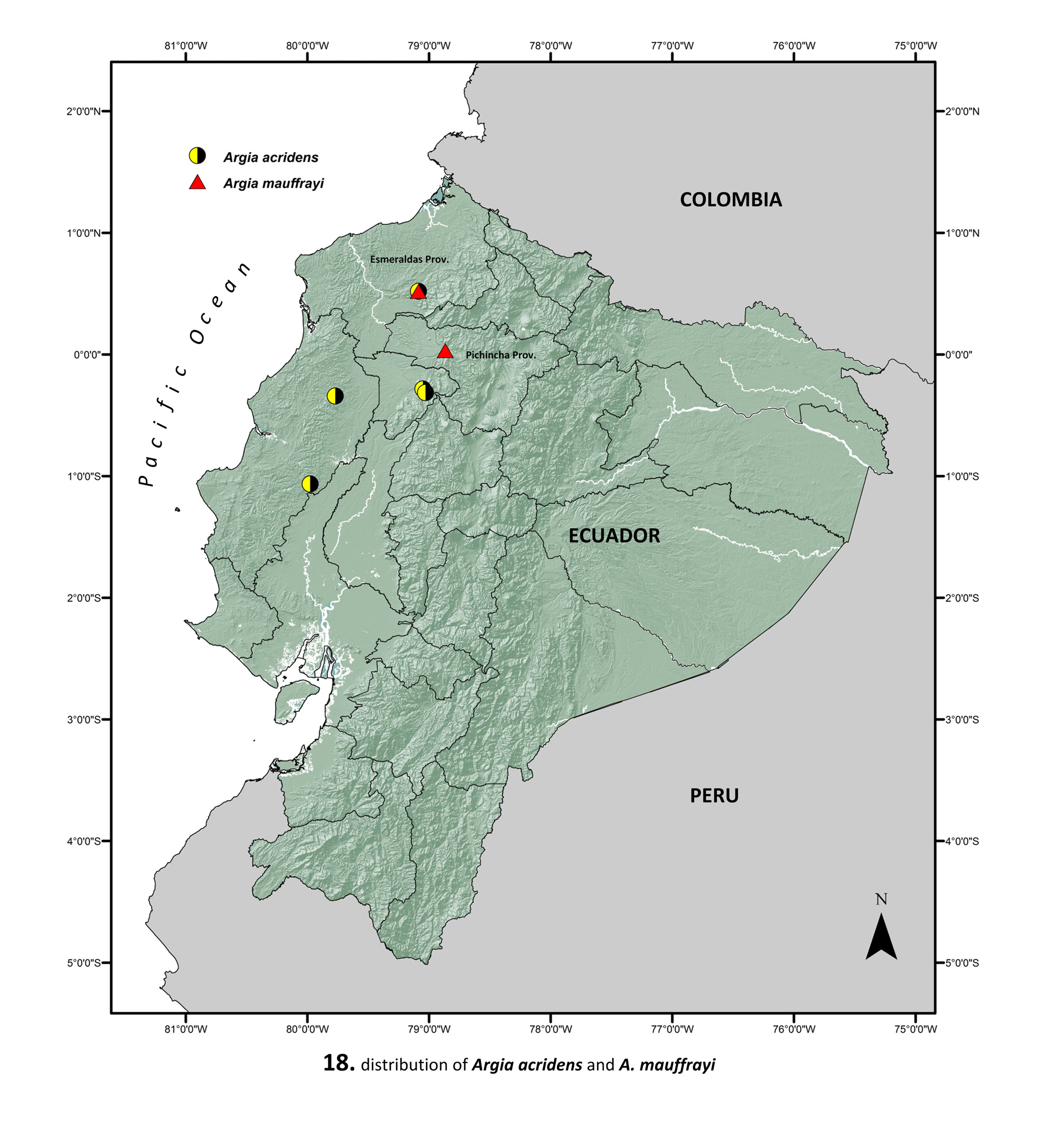