Diagnosis. Ancistrus falconensis is distinguished from A. martini , the species occupying adjacent river drainages to the west of its range in the lake Maracaibo Basin (but separated by an expanse of arid coastal desert where no species of Ancistrus have been found) by color pattern: A. falconensis lacks distinct, light rounded spots on nose, tentacles and sides of the body (vs. present) and lacks dark spots on the spines and rays of all fins (vs. present).

Ancistrus falconensis can be separated from A. gymnorhynchus , the species in adjacent watersheds to the south of its range by almost always having light spots on the abdomen of adults (vs. abdomen almost always uniformly gray in adults) and by the following ratios in specimens greater than 60 mm SL: mouth W./pectoral spine L. (0.66–0.92 vs. 0.48–0.67, two specimens overlap), dentary tooth cup L./pectoral spine L. (0.21–0.26 vs. 0.14– 0.220), and premaxillary tooth cup L./pectoral spine L. (0.15–0.22 vs. 0.22–0.32). Ancistrus falconensis can be distinguished from A. triradiatus , which is present in adjacent drainages to the south, but uncommon, by color pattern: A. falconensis lacks rows of dark spots on the dorsal, caudal, pectoral and pelvic fins (vs. present) and A. falconensis has small white spots on the abdomen (vs. absent).

Description. Morphometrics are given in Table 1 View TABLE 1 . Head and body robust, greatest body depth at or just anterior to nuchal plate. Dorsal profile of head and body convex from tip of snout to dorsal-fin origin, from there, nearly straight and sloping gradually down to preadipose plates where it angles slightly upwards. From posterior base of adipose spine slightly concave then straight to dorsal procurrent caudal-fin rays, where it angles dorsally ~ 40 o to caudal fin. Ventral profile convex from behind mouth to below pectoral-fin insertions, abdomen slightly concave to anal-fin origin, then straight and sloping gently up towards caudal fin. Greatest width of body at opercular region, then narrowing progressively to end of caudal peduncle. Caudal peduncle deep and robust. Snout broadly rounded with large broad naked margin in males, less developed in females and juveniles. Tentacles well developed in mature males, present in all the regions defined by Sabaj et al. (1999) (cheek, posterior and anterior margin, antero-medial and postero-medial areas of unplated snout). Females with no or very few tentacles even in larger specimens. Eye moderate to large in appearance, dorsal margin of orbit not elevated, interorbital area slightly concave.

Etymology. Named for the Venezuelan state of Falcón, where the type locality is found. 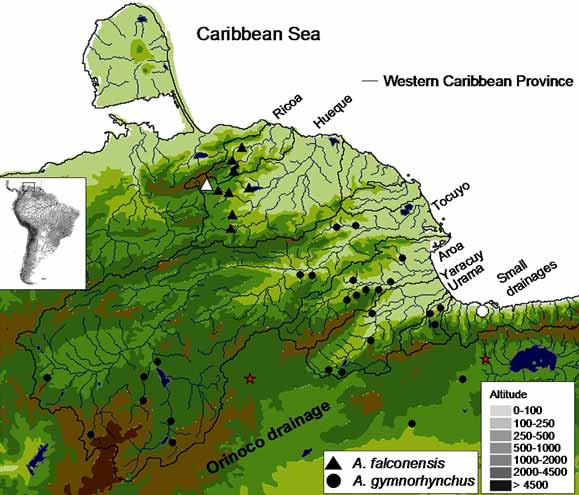 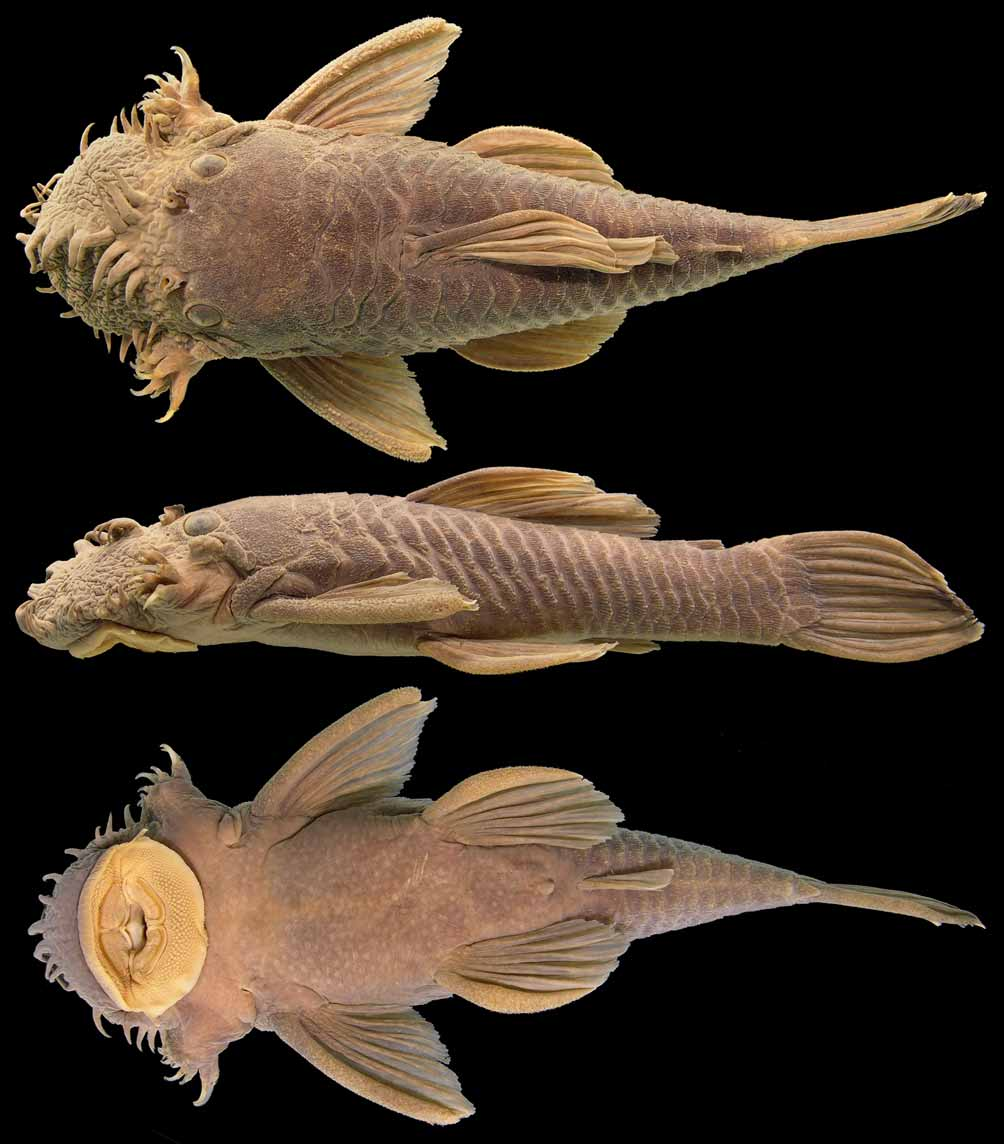