Colony arborescent and branching, forming dense tangled tufts, less chitinized and less stiff than B. pustulosa   ; up to 5 cm high in the material examined. Bright yellow when alive, becoming light beige after fixation.

Erect branches formed by cylindrical kenozooids separated by transverse septa. Almost all the kenozooids branching; occasionally, some internodes may be formed by 2–3 in-line kenozooids. Branching lateral, frequent; branches developing in different planes around the main axis, making the colony three-dimensional.

Rhizoids produced near proximal end of the kenozooids, especially from the basal kenozooids; less numerous than in B. pustulosa   , they descend to the base of the colony and are joined to its axis. Structure and possible functions similar to those described for B. pustulosa   .

Each kenozooid bears in its distal half a dense group of 20–30 closely spaced, free autozooids. Groups form a rather short helix that undergoes slightly more than a half spiral turn around the stolon, causing a slight torsion of the kenozooid bearing them.

Autozooids elliptical, budded at the growing tips of the colony as small vesicles clearly arranged in two spiral series; arrangement becoming less clear later in ontogeny. Autozooids deciduous, lacking in extensive areas of the colony, especially older parts, their previous presence being revealed by basal uniporous septula. New autozooids are budded within groups so that the original biserial arrangement is lost. Polypide with eight tentacles, each tentacle with a bright yellow line continuous with a basal line around the tentacular base. Yellow colouration disappears after fixation. Gizzard large, level with the base of the tentacle sheath when the polypide is retracted. Setose collar conspicuous.

Zooids with brown bodies have the same shape as feeding autozooids, but are clearly shorter and slightly wider.

Prenant and Bobin (1956) mentioned that the entire autozooid, particularly the polypides, are a lemon-yellow colour in this species. However, Hayward (1985) found the cystid wall to be transparent but the polypide to be coloured. We have observed that the yellow colour is actually due to a narrow, bright lateral line present in each tentacle, and a narrow circular line that surrounds the basis of the tentacle crown ( Figure 6A View Figure 6 ). This can also be seen in the figure of De Blauwe (2009).

Both the geographical distribution and number of references to B. citrina   are more limited than for B. pustulosa   . The species seems to be common in the south of Great Britain and in Brittany, although known with certainty from only a few locations ( Hayward 1985). It has also been recently recorded in the Netherlands ( De Blauwe 2009). In the Iberian peninsula, this species has been reported only in Aveiro (N Portugal), by Marchini et al. (2007) in a paper that included no description or figures. In the present study we include material from the north-western Iberian peninsula, where the species was hitherto unknown (Reverter-Gil and Fernández- Pulpeiro 2001), and also the Portuguese coast (Peniche), representing the southernmost record for the species. 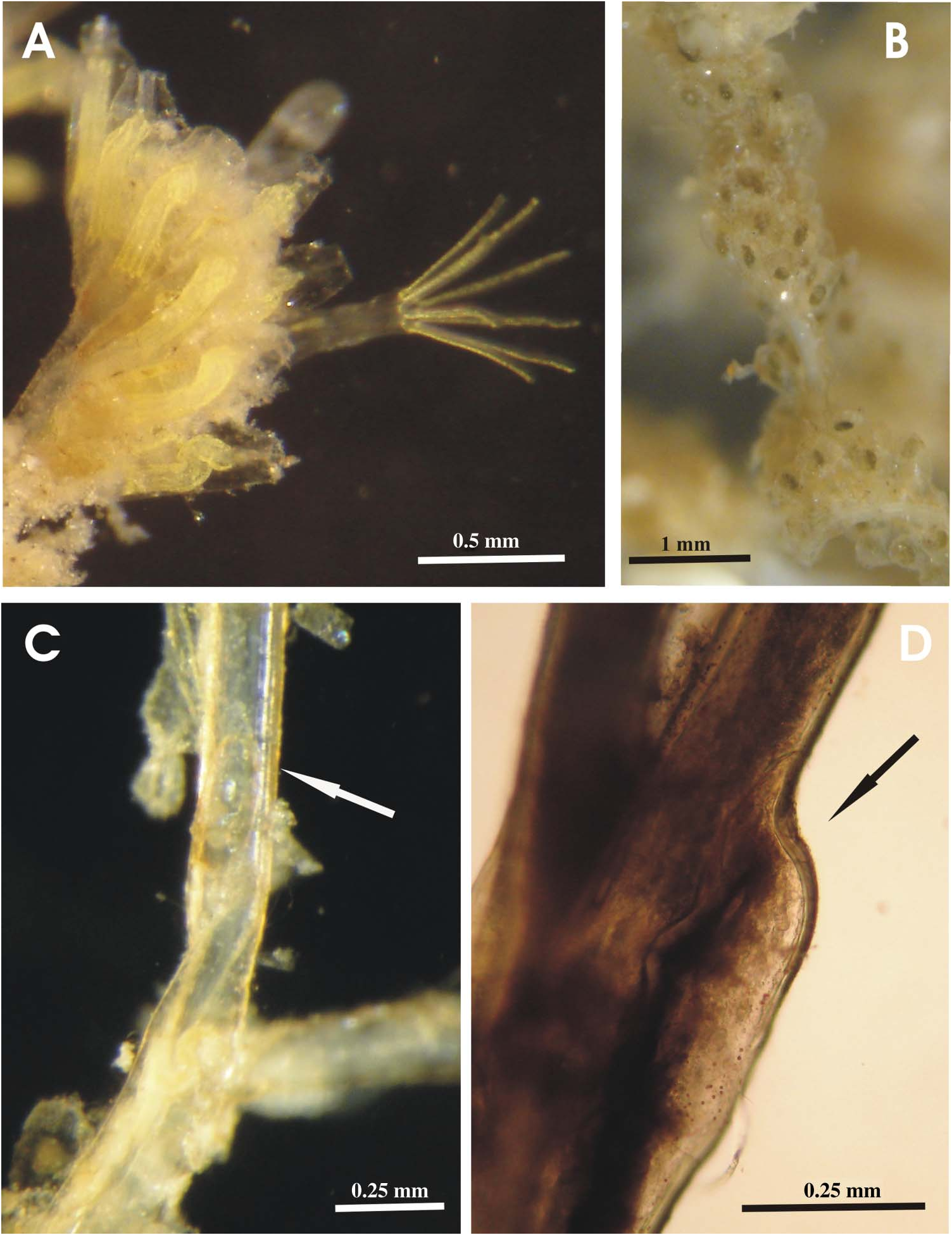 Figure 7. Autozooids showing the retracted polypides (A) in B. pustulosa and (B) in B. citrina; (te: tentacles; gi: gizzard).