Diagnosis: The species can be differentiated from the other two species of the group by its black colouration. In this respect, it resembles E. frater of the E. bicolor-group. However, E. frater has only one pair of elytral setiferous punctures and no interrupted pronotal lateral margin. E. breviceps is additionally differentiated from E. scita and E. insignis by the weak punctation and microsculpture of head and pronotum. The head shape described by SHARP (1987) based on the female specimen studied by SHARP. The higher number of specimens studied here shows that the head shape of E. breviceps varies extremely and is no valuable character separating the species from E. scita and E. insignis . 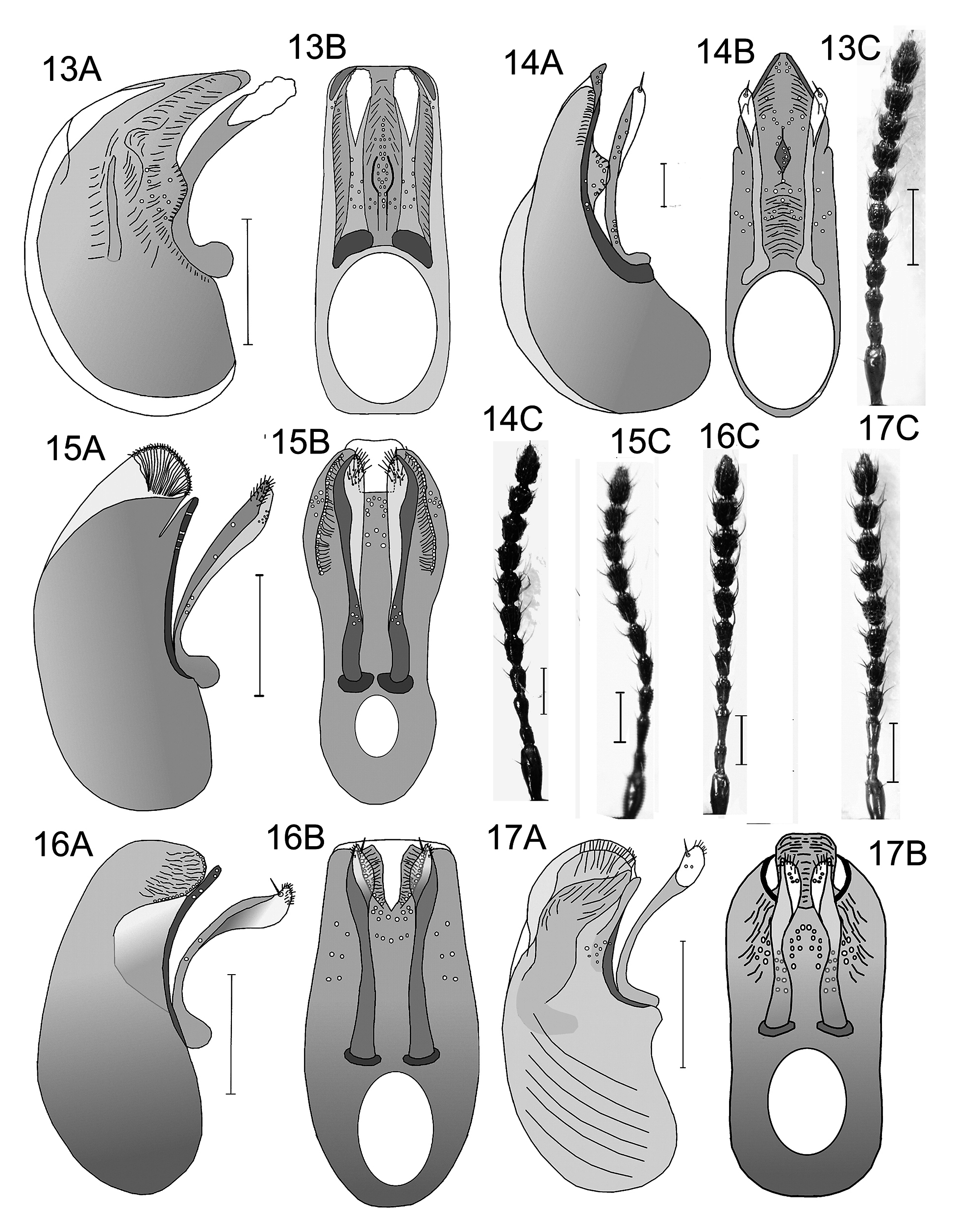