Metasoma about 1.25× longer than head plus mesosoma ( Fig. 7A, C View FIGURE 7 ). Metasomal petiole very short and robust, coriaceous, distinctly shorter than propodeum. Gaster elongate ovate, about 2.7× as long as broad; Gt1 smooth, polished, but laterally with short patch of reticulation bearing short setae, occupying about 1/4 of length of gaster, Gt7 elongate, about 3.0× as long as broad basally.

Etymology. The specific epithet is the name of kingdom which preceded what is Gabon now.

Comparative notes. The holotype habitually looks like a small specimen of P. rohombaya   , but differs from this species as discussed above. 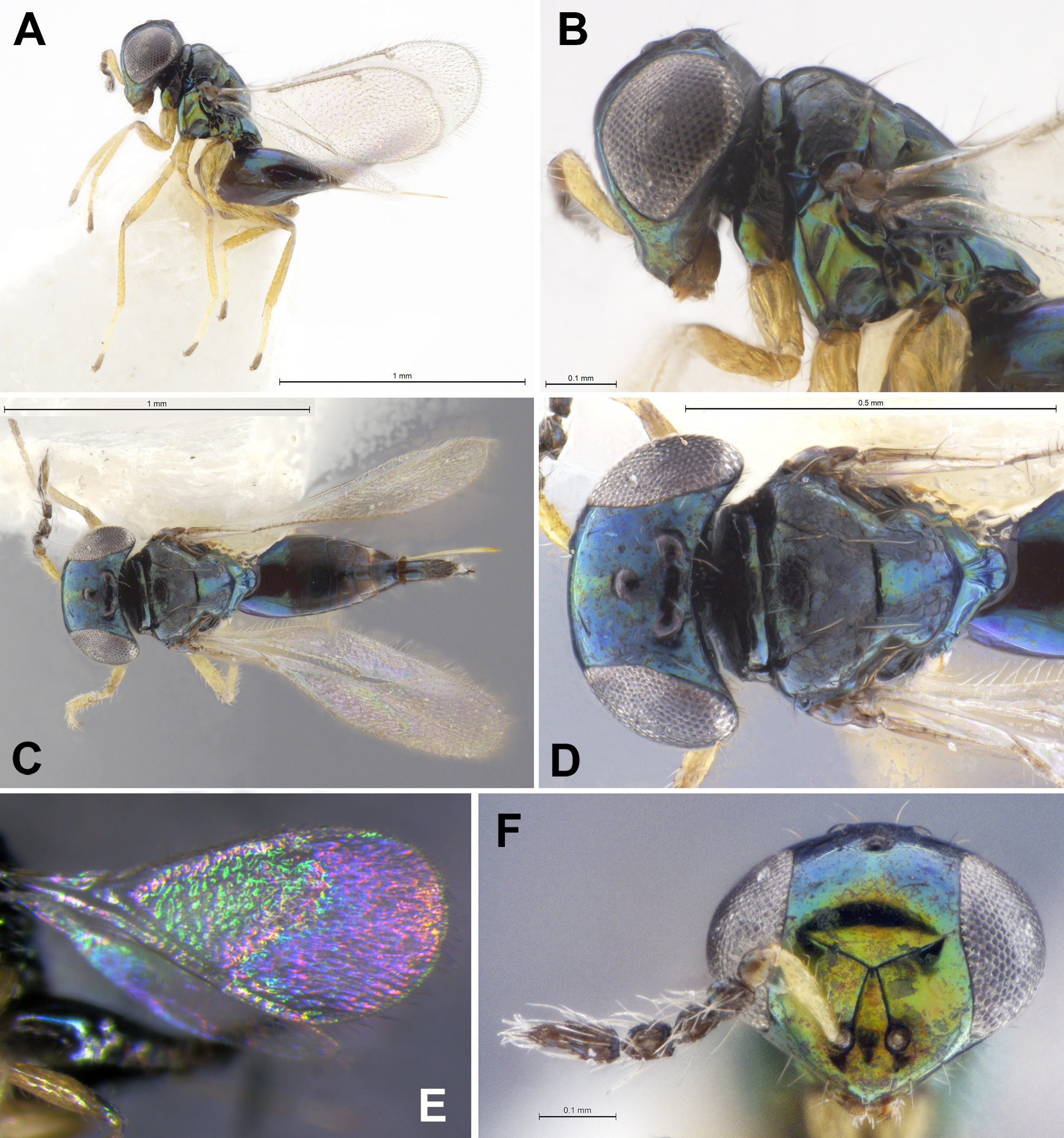