Head about 1.3× as broad as mesosoma ( Fig. 9A View FIGURE 9 ), 3.4× as broad as long in dorsal view, totally smooth, only with scrobes traced as very shallow grooves, and covered by sparse very short setae. Occipital margin with a strong carina ( Fig. 9A View FIGURE 9 ). POL about 2.0× OOL. Head in frontal view ( Fig. 9B–D View FIGURE 9 ) about 1.4× broader than high. Eye nearly bare; its height 1.3× longer than malar space. Mouth opening slightly concealed under swollen lower face ( Figs 9C–D View FIGURE 9 , 10A, D View FIGURE 10 ), its breadth about 0.5× malar space; mandible without cutting edge. Upper margins of antennal toruli situated just slightly above level of lower eye margins. Combined length of pedicel and flagellum slightly longer than maximum head breadth (measured between outer eye margins). Scape 6.5–7.5× as long as broad, and about 0.7× as long as head height; pedicel nearly 2.0× as long as broad. Funicle with F1 about 3.5×, F2 and F3 about 3.0× as long as broad; clava about 3.5× as long as broad.

Etymology. The specific epithet consists of afro – (reflecting distribution of the species in Africa) and – teres (Latin for “smooth, polished”) reflecting the unusual face of the species with neither frontal sutures, no sculpture.

Host. Unknown. Some considerations on possible hosts of this species are mentioned below in Discussion.

Comparative notes. The species is very recognizable as a representative of its species group in having the convex polished head and light dorsal sculpture. It could be confused with P. kafroteres ( Fig. 11 View FIGURE 11 ), from which it differs by the shorter metasomal petiole and less convex mesoscutellum. 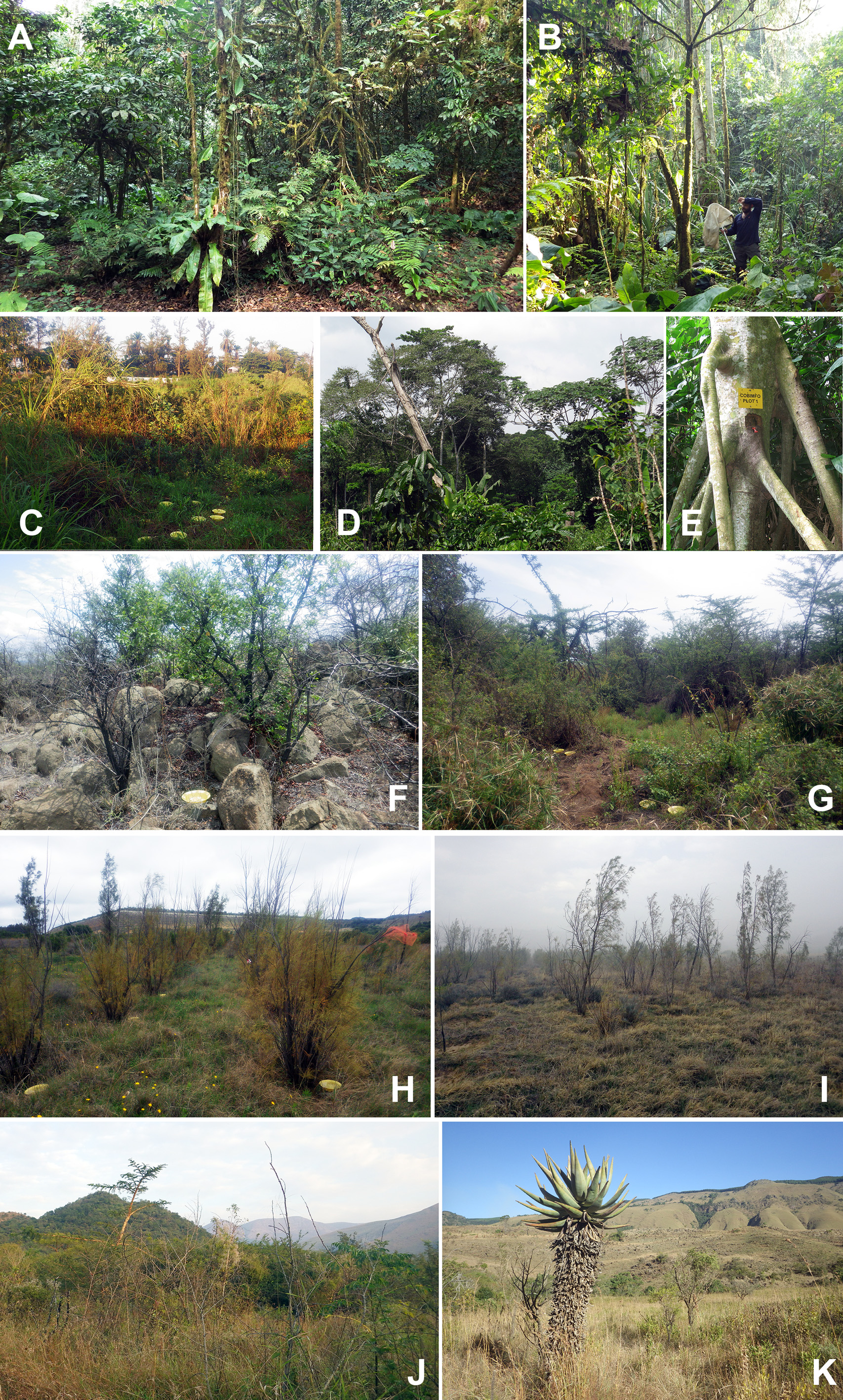 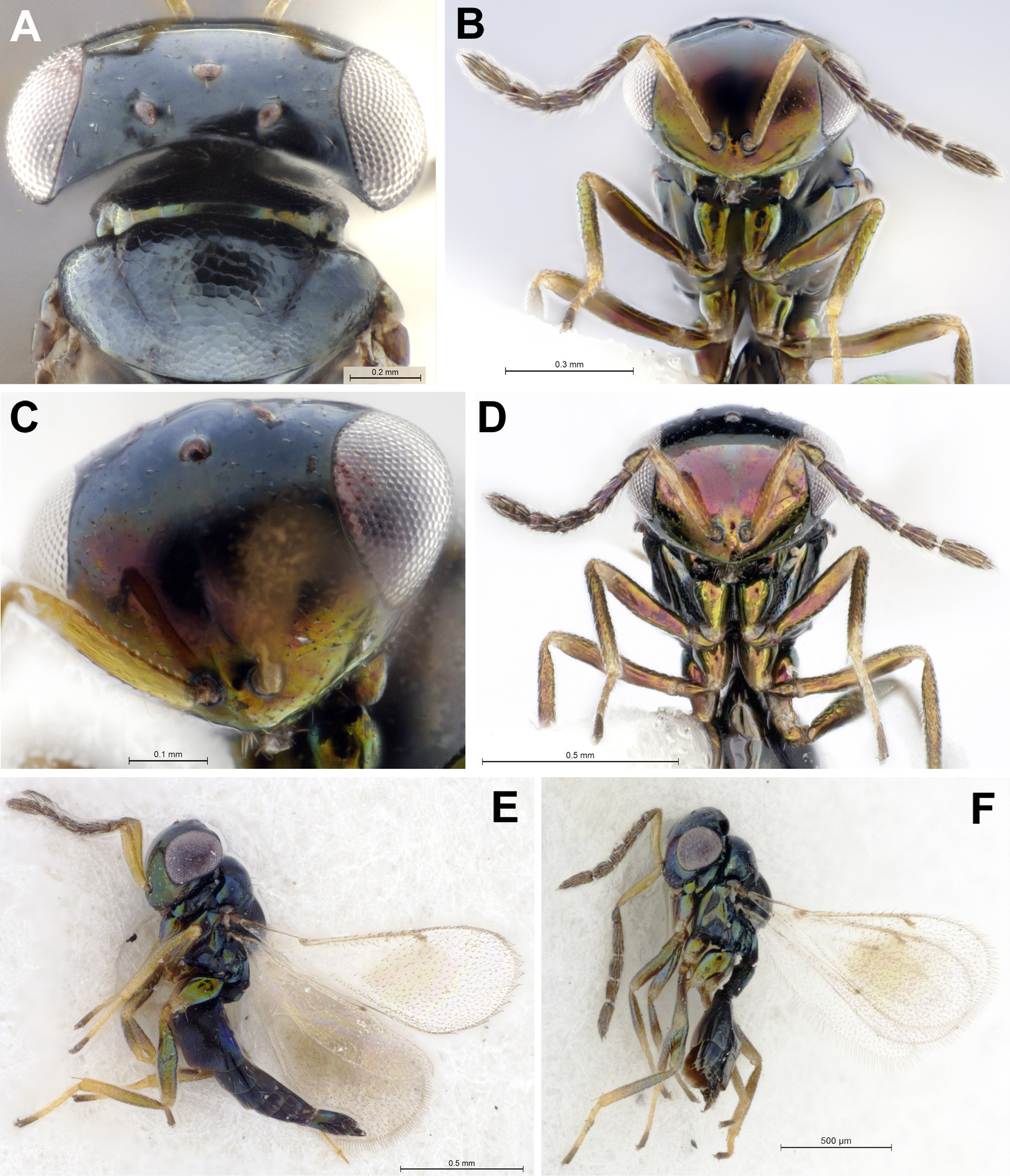