Mortoniella paralineata   is a close sister species to M. bilineata Ulmer. Character   similarities include the elongate, paired, ventral sclerites of the phallicata and short unbranched mesal projection of the inferior appendages. The ventral sclerites of the phallicata in M. bilineata   are distinctly longer than in M. paralineata   and the mesal process of the inferior appendages is strongly bent and trianguloid in shape. It also has distinctly longer paramere appendages, subequal in length to the dorsal phallic spine and ventral sclerites of the phallicata. Although we suggested the possible placement of M. paralineata   in the enchrysa subgroup ( Blahnik and Holzenthal 2011), based on color characters given in the type description, the species was correctly placed in the bilineata subgroup by Sykora. The species is somewhat lighter brown than other species in the bilineata subgroup, but has two obvious white wing bands on the forewing, a defining character of the subgroup. The genitalia are also very similar to other members of the subgroup. A single, nonparatype specimen was examined, from a site not too distant from the paratype specimens. It was much smaller in size (accounting for most of the size variation listed below), but the only significant difference in the genitalia was that the paramere appendages seemed to be more distinctly bent in the middle. We are considering this intraspecific variation. The question may bear reinvestigation when more material is available. 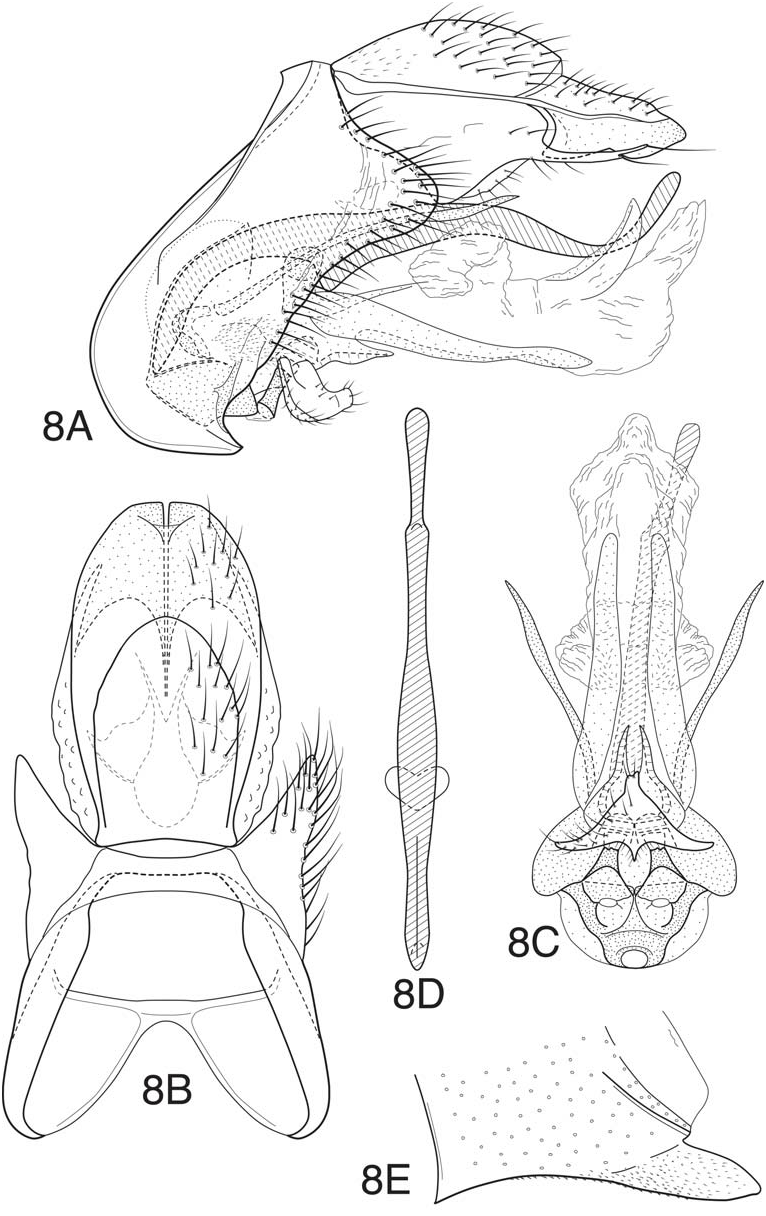