Male genitalia. Pygofer narrowed caudally, with four macrosetae on dorsocaudal area, posteriorly rounded with serrated margin both dorsally and ventrally, ventral serration extending to more than 0.33 posterior length of ventral margin, a few hair-like setae on ventral half. Subgenital plate with apical prolongation and submarginal row of macrosetae and hair-like marginal setae. Style with short thumb-like apical apophysis, apical lobe short, not broader laterally. Connective with stem relatively short compared to other species of Tambocerus   from the subcontinent. Aedeagus with short bilobed dorsal apodeme, atrium projected ventrally, shaft slightly thicker at base then narrowed and of uniform width throughout, curved dorsally, lateral margin in posterior view serrated, serrations at long intervals in basal half compared to those on apical region.

Remarks. T. cholas   sp. nov. can at once be recognized from all other known species of Tambocerus   by the ventrally produced atrium of aedeagus. It also differs from T. furcostylus   sp. nov. (see below) with which it shares the four black spots on vertex, in not having the apical aphophysis of the male style prolonged.

Five male and one female specimens from Kodaikanal ( BMNH) match this species (pers. com. M.D. Webb) but have a single rather than double row of macrosetae basally on the subgenital plate   .

Etymology. This species is named after the Chola dynasty that ruled parts of southern India from the 3 rd century 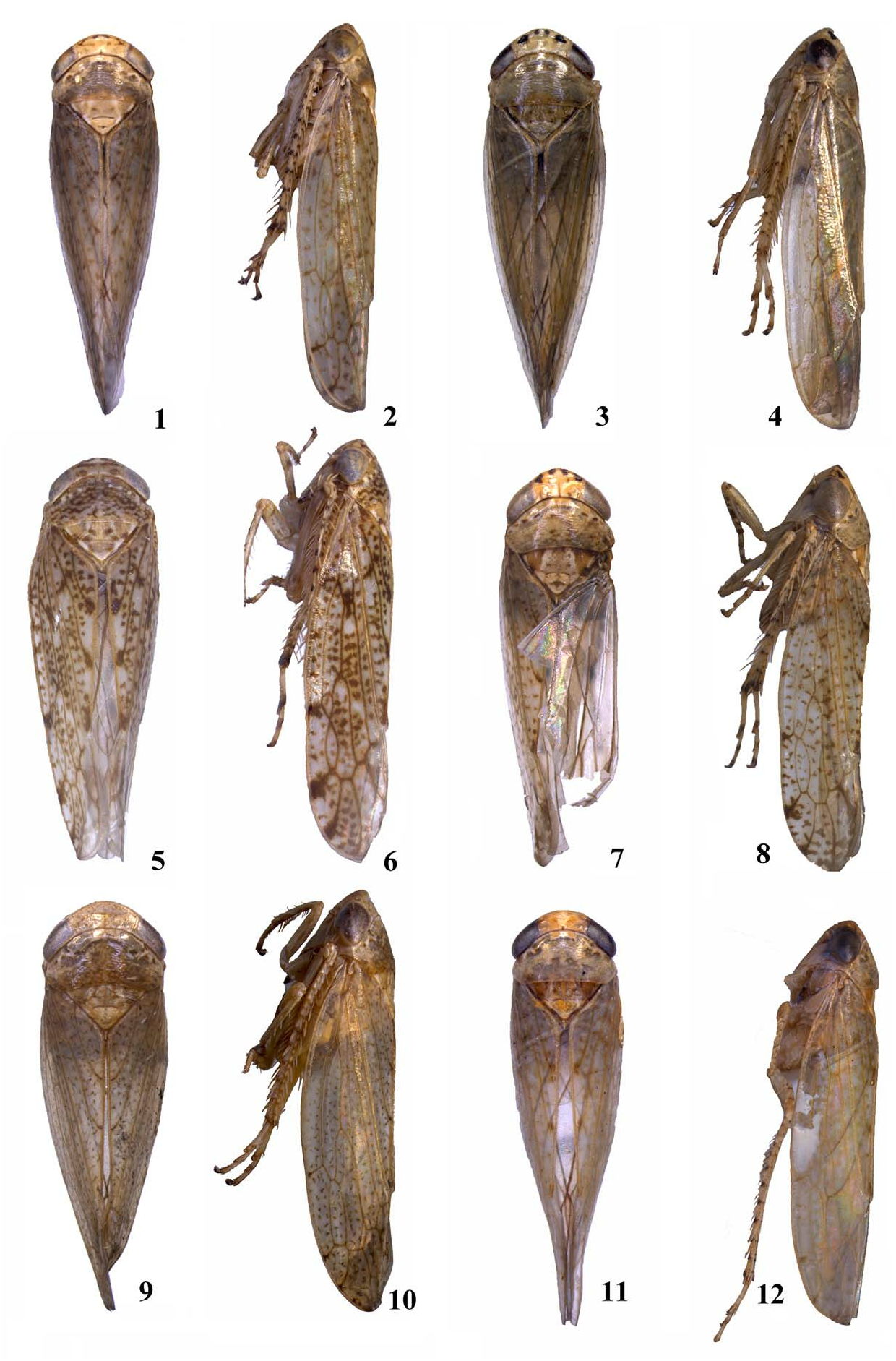 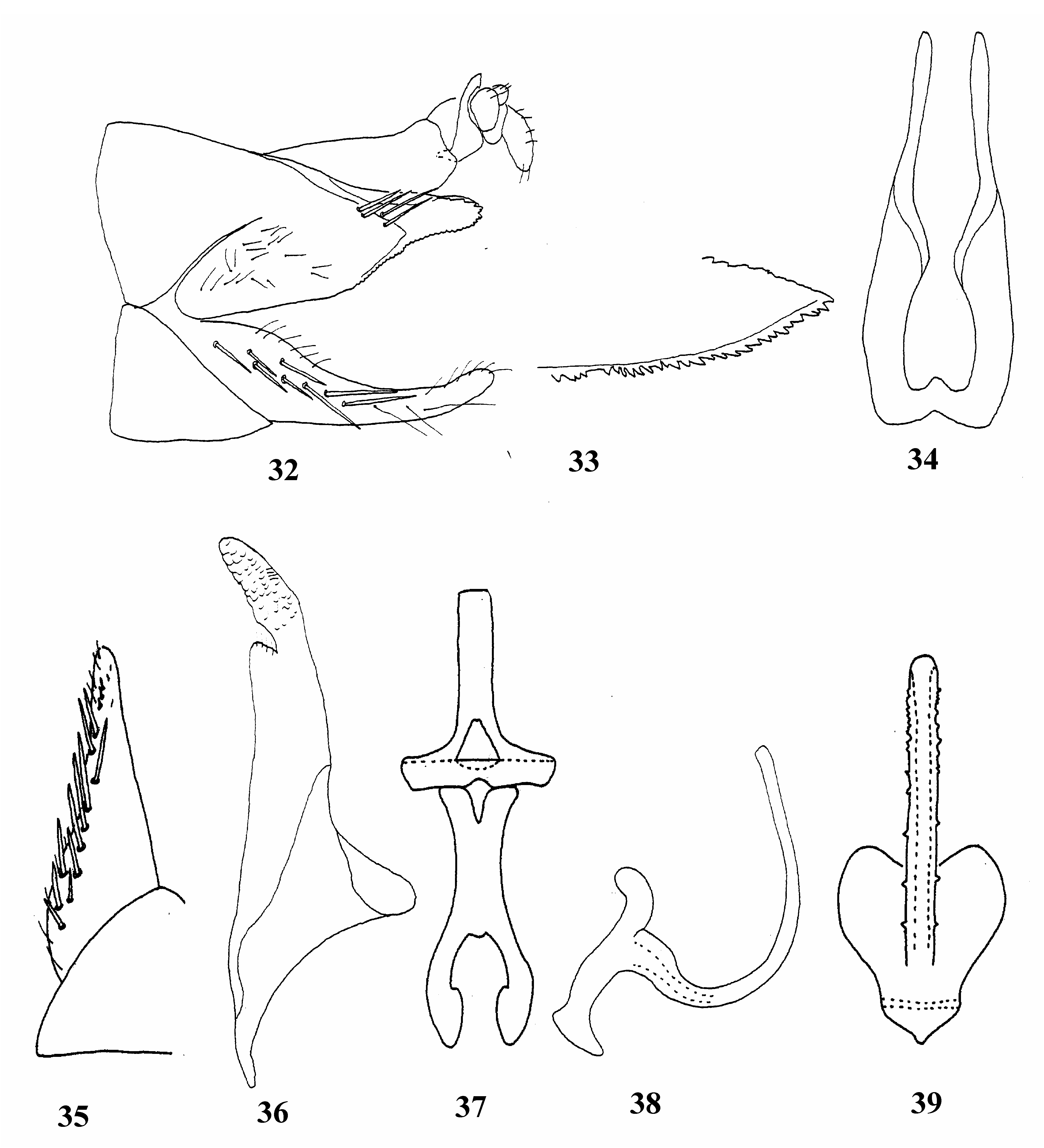