Euptychia amalda   was described by Weymer (1911) based on an unstated number of specimens from Mapiri, La Paz, Bolivia. The original description is accompanied by a ventral surface illustration ( Weymer 1911: pl. 48, fig. f[2]), but the description and illustration alone cannot be used to confidently identify this species due to the fact that wing patterns of species of Zischkaia   are often similar. The syntype male, located in the ZSM, has androconia on the DFW and DHW, which is implied in the original description (“The basal and median areas of the forewing above are velvety dark brown, the costal and distal margins lighter brown”), indicating that the description did indeed apply to a species in the “ pacarus   clade” of Zischkaia   . Forster (1964), examined the abovementioned syntype, in addition to another male specimen from Coroico, La Paz, Bolivia (collected by A.H. Fassl), and stated that “this species is apparently widespread in the Yungas, this rare species is similar to the common southern Brazil [Z.] fumata   [i.e., Z. pacarus   ] and it is so similar that it can be seen as subspecies of a single species. In genital apparatus no differences can be observed, however, [Z.] amalda   is smaller with lighter brown color of the dorsal side of the wings so that the androconial spot of the males emerges more clearly”. Forster (1964: 114, fig. 124) correctly identified Z. pacarus   (referred to as Z. fumata   ), but we disagree with his claim of a lack of genitalic differences between Z. amalda   and Z. pacarus   , having observed slight differences between the male genitalia of these two species (see Fig. 4A, G View Fig ). Nevertheless, the specimens of Z. amalda   deposited at the ZSM examined by Forster were not dissected and the origin of the specimen he dissected is unknown. It is therefore not possible to verify whether he dissected Z. amalda   or some other similar species, such as Z. chullachaki   sp. nov., which has similar genitalia. Due to resemblance of this taxon to congeners described in this study, we designate as lectotype of Euptychia amalda Weymer 1911   the male syntype, illustrated by Warren et al. (2018) and deposited at the ZSM, in order to settle the nomenclature (lectotype designation).

This species is currently known from the foothills of the eastern Andes, from Tingo María, Huánuco, Peru to Coroico, La Paz, Bolivia. 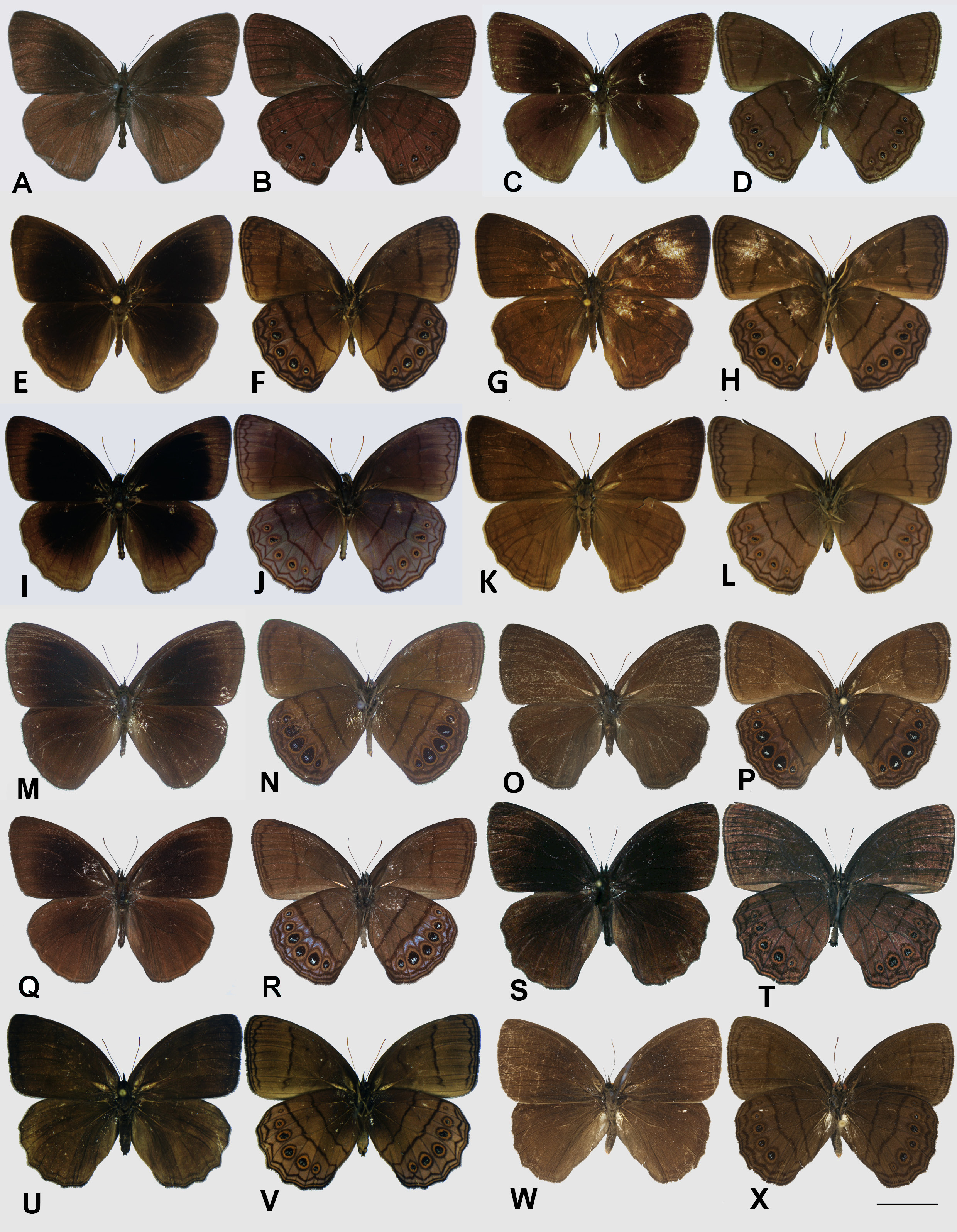