Formerly included as a subspecies of P. monticola   . Monotypic.

Descriptive notes. Head—body 60-67 cm, tail 7-11 cm, ear 6 cm; weight c¢. 5 kg. Based on skull measurements this is one of the largest Philantomba   species. Specimens from coastal regions tend to be larger than inland individuals. The pelage is pale gray-brown, with the darkening of the dorsal surfaces (typical of the genus Philantomba   ) restricted to the base of the tail. The tail itself is black on the upper surface and white underneath. The sides are pale gray, blending to red on the posterior haunches. The transition between the red haunches and the dark at the tail base is well marked but not extensive. The legs are pale brownish-red, and the grayish-white of the underparts extends down the proximal half of the inner legs. Horns are typically present in both sexes but can be absent in females. Average length in males is 4.1-4. 6 cm; the horns of a single female measured 2-6 cm. Dental formulais10/3,C0/1,P3/3,M 3/3 (x2) = 32.

Food and Feeding. There is no specific information available for this species, but likely similar to other Philantomba   duikers.

Activity patterns. There is no specific information available for this species, but presumably diurnal like other Philantomba   duikers.

Status and Conservation. CITES Appendix II (under P. monticola   ). Classified as Least Concern on The IUCN Red List (combined with the other nine blue duiker species within the P. monticola   complex). There is no estimate of the population size of the Angolan Blue Duiker, butit is believed to be widespread in northern Angola. 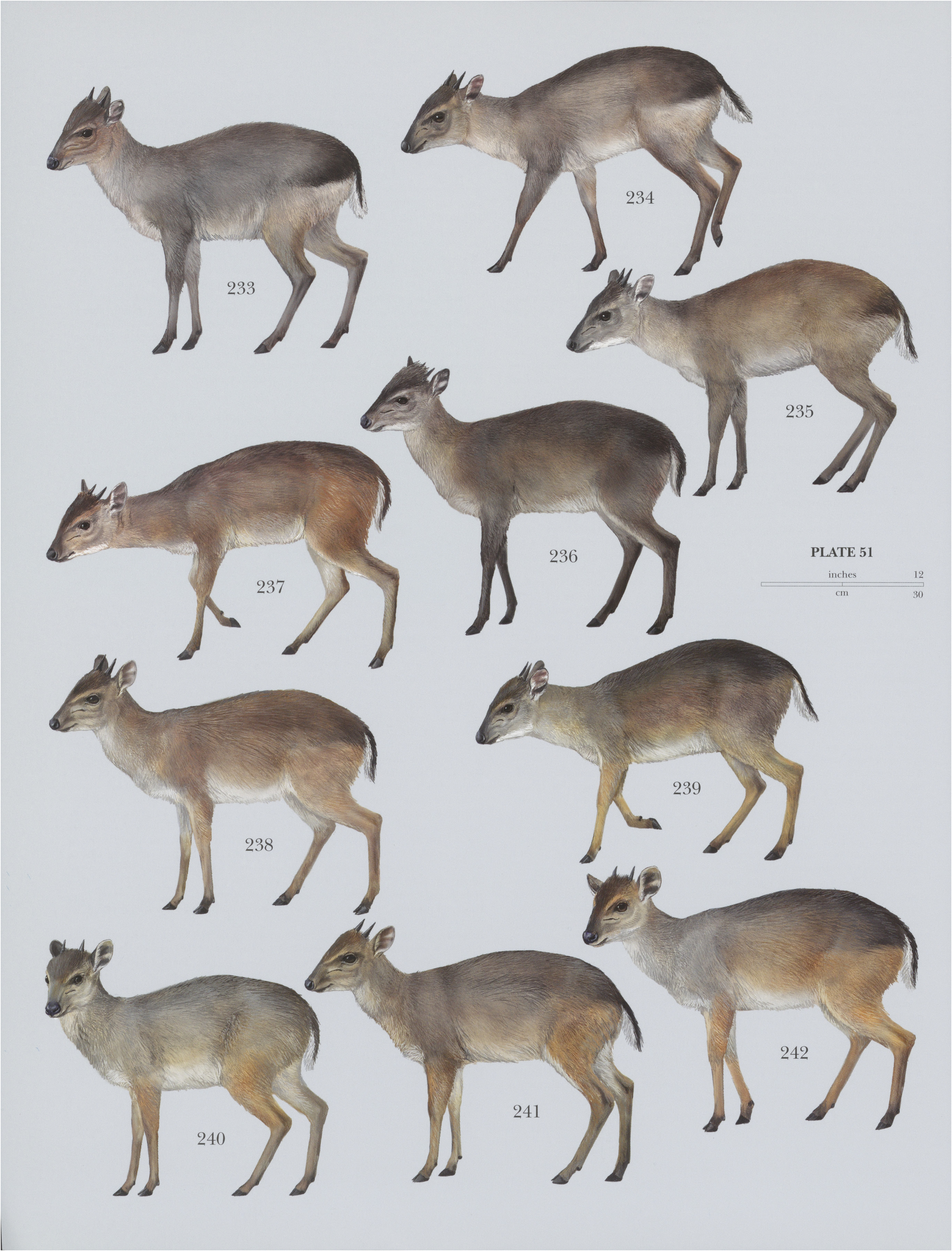 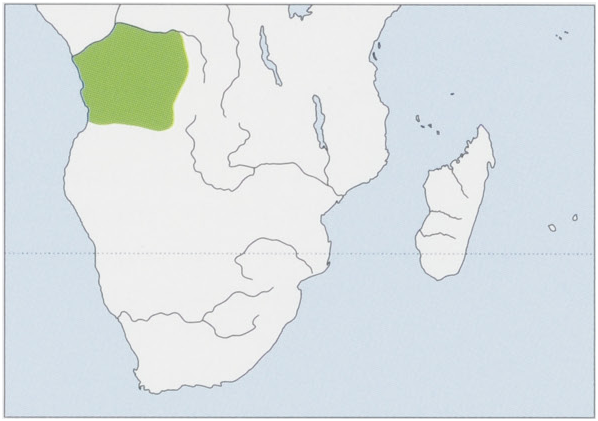