Distribution and habitat: — Commiphora namibensis   is presently known from various localities in the coastal zone of southwestern Angola from Namibe to ± 40 km inland and northwards to Santa Maria ( Fig. 3 View FIGURE 3 ). This arid area falls within the Kaokoveld Centre of Plant Endemism ( Van Wyk and Smith, 2001) and is part of the Namib Desert. C. namibensis   is uncommon and occurs with several other species of Commiphora   on mountain slopes and level areas, in arid bushveld and desert shrubland at elevations of 20– 600 m.

Conservation status: — Commiphora namibensis   is not under any threat as the plants are located in remote, sparsely populated areas.

Etymology: —The specific epithet refers to the Namib Desert which, in its broadest definition, stretches along the Atlantic Ocean from San Nicolau in Angola through Namibia to the Olifants River in South Africa ( Seely 2004). The Namibe Province, one of the two politically demarcated provinces of Angola in which the new species occurs, as well as the town with the same name, is also named after the Namib Desert. 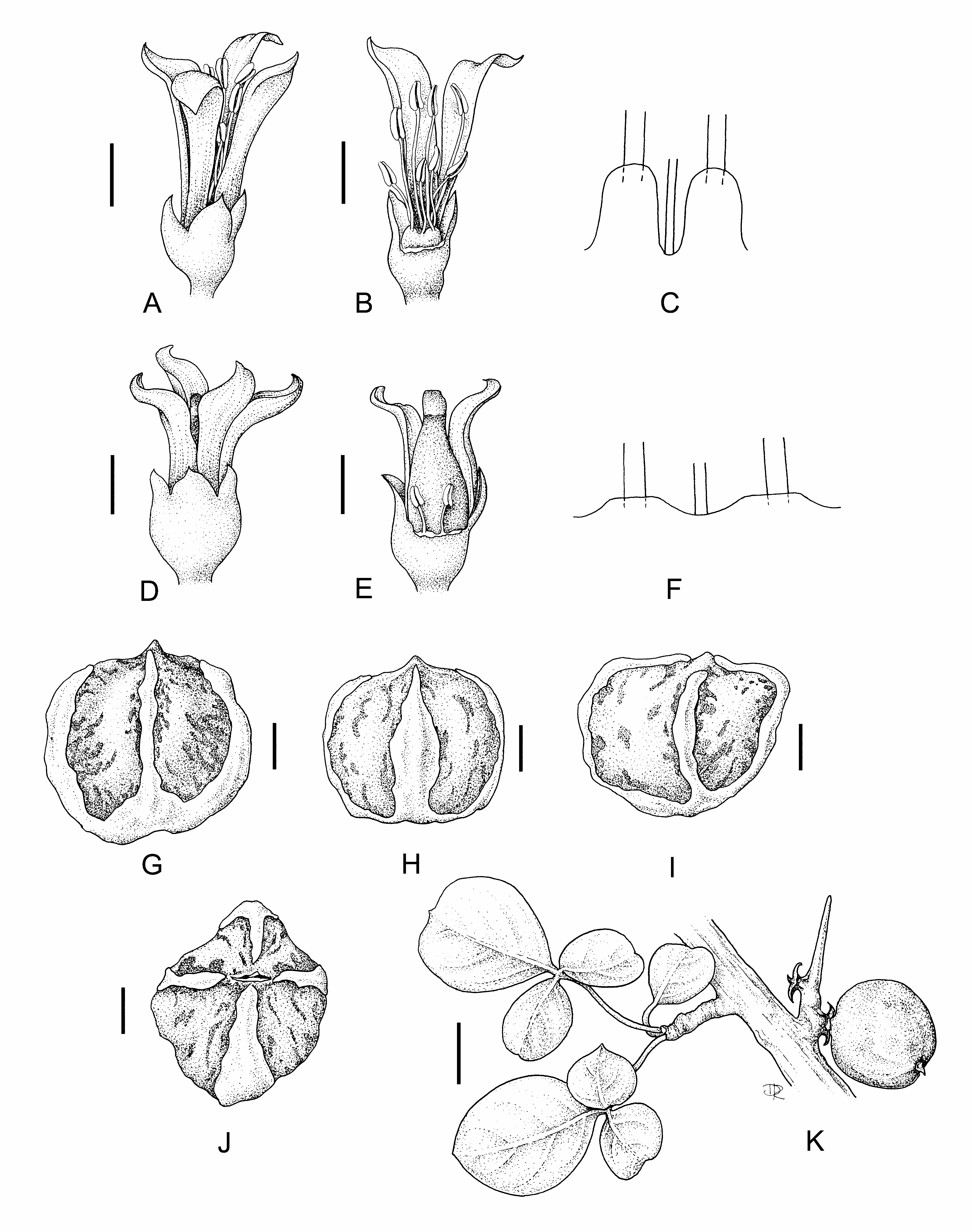