Description. Spherical to sub-spherical sponge, about 5 cm high and 4 cm thick, with thin, conical oscules, around 2 mm wide at the tip, up to 7 mm high ( Fig. 13View FIGURE 13 A). Sponge dark, rich brown, wrinkled and much contracted in the preserved state. Texture soft and compressible, the interior is cavernous, fibrous, and stringy.

Skeleton. A single layer of anisodiscorhabds forms a palisade in the ectosome, below which is a paratangential layer of megascleres, about 400 µm thick, becoming vertical near the pore fields. Numerous anisodiscorhabds and the occasional anisoconicorhabd are scattered between the subectosomal paratangential layer. The choanosomal architecture consists of wispy tracts of styles that form a very wide-meshed irregular reticulation. Numerous anisodiscorhabds, megascleres and the occasional anisoconicorhabd are scattered throughout the choanosome between tracts.

Substrate, depth range and ecology. Grows on cobbles and boulders on shelf and upper slope habitats, at a depth of 179 m in areas experiencing moderate to high currents; sympatric with L. oparinae  .

Etymology. Named for the ‘echo’ of the new genus Latrunclava  in the North Pacific, first recorded from spicules from the Late Eocene in the region of Zealandia that formed the Oamaru Diatomite ( imago  , echo; L.).

Remarks. The discovery of sponges that contained a form of ‘sceptre’ in addition to normal anisodiscorhabds, superficially similar to those of Sceptrella regalis Schmidt, 1870  , and S. insignis Topsent, 1890  , came as a great surprise because Sceptrella  is only known to date from the Atlantic Ocean region, including the Mediterranean and Gulf of Mexico. The anisoconicorhabd sceptres of Latrunclava imago  subgen. et sp. nov. are quite different in that they are inequiended, with manubrium and basal whorl substructures that resembles those in the anisodiscorhabds of L. (Uniannulata) subgen. nov., in particular. The possession of three size categories of these anisoconicorhabds in Latrunclava imago  subgen. et sp. nov. clearly differentiates this species from all other Latrunculiidae  . 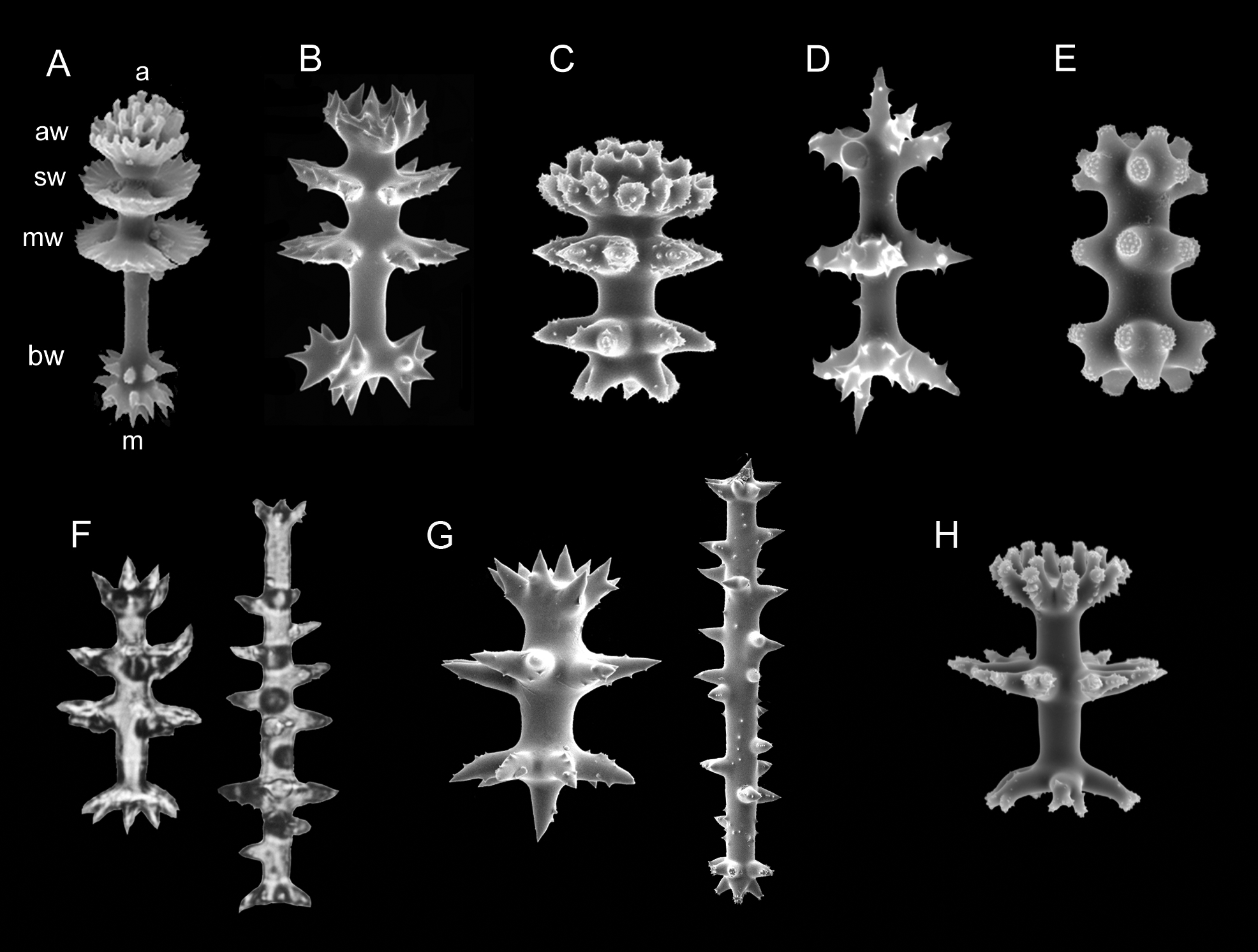 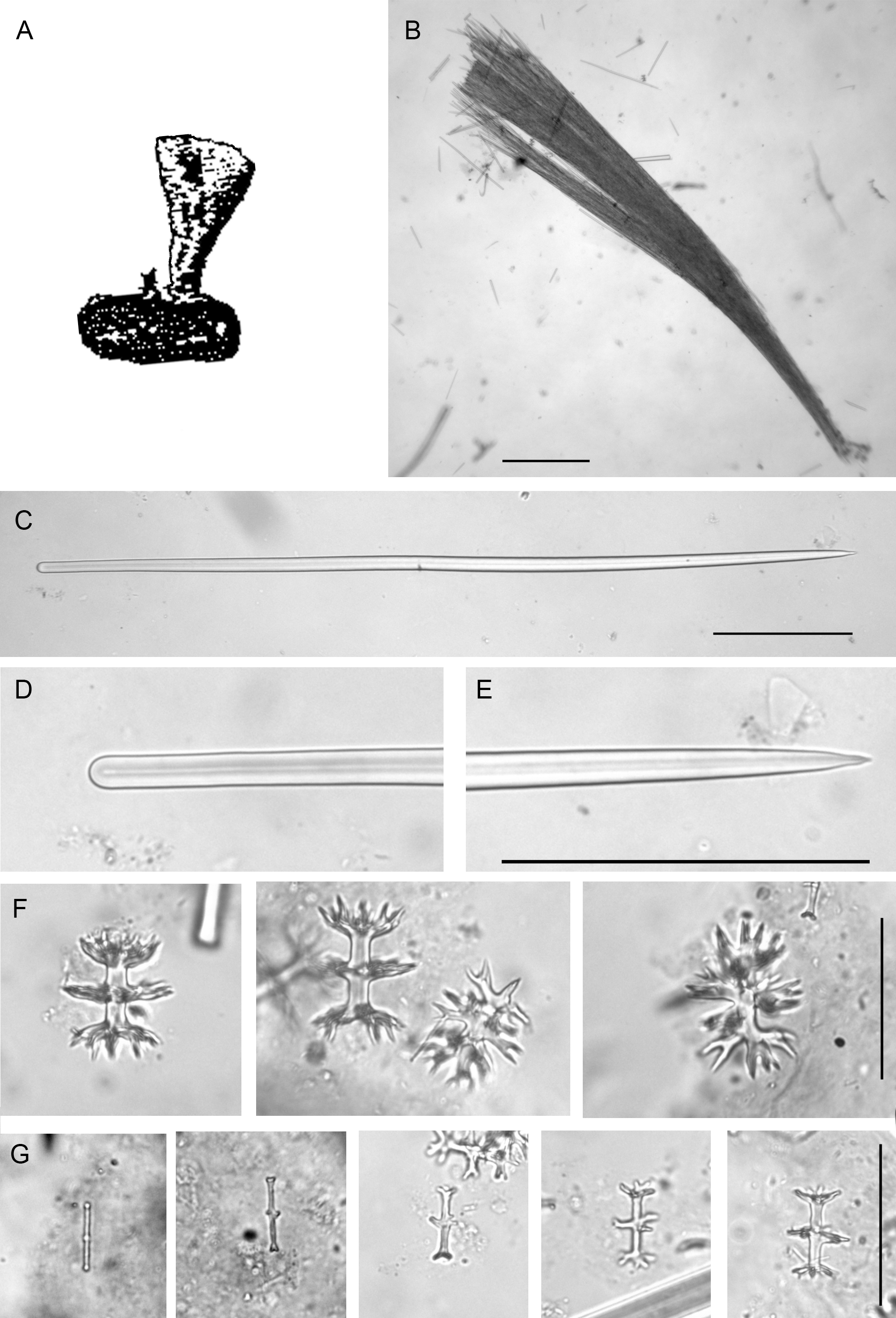