The BIN, BOLD:AAA8748 contains DNA barcodes recorded as M. muricola and M. ater (see remarks on M. ater and Fig 6 View Fig 6 ). The species were previously considered to be conspecific [ 213] but were later recognised as distinct based on body size variation [ 217] which occurred sympatrically in Malaysia [ 214]. We did not include the DNA barcode recorded as M. cf. muricola (RONP037-14) from Peninsular Malaysia in our NJ analysis due to its short sequence length, but noted that the DNA barcode did not cluster with DNA barcodes of M. muricola on a taxon ID tree generated in BOLD (hence “ cf. muricola ”).

M. muricola has been reported roosting in small colonies of up to ten individuals at vegetated cave entrances and in tightly rolled central leaves of banana plants, in both forested and agricultural areas [ 11, 14, 23]. 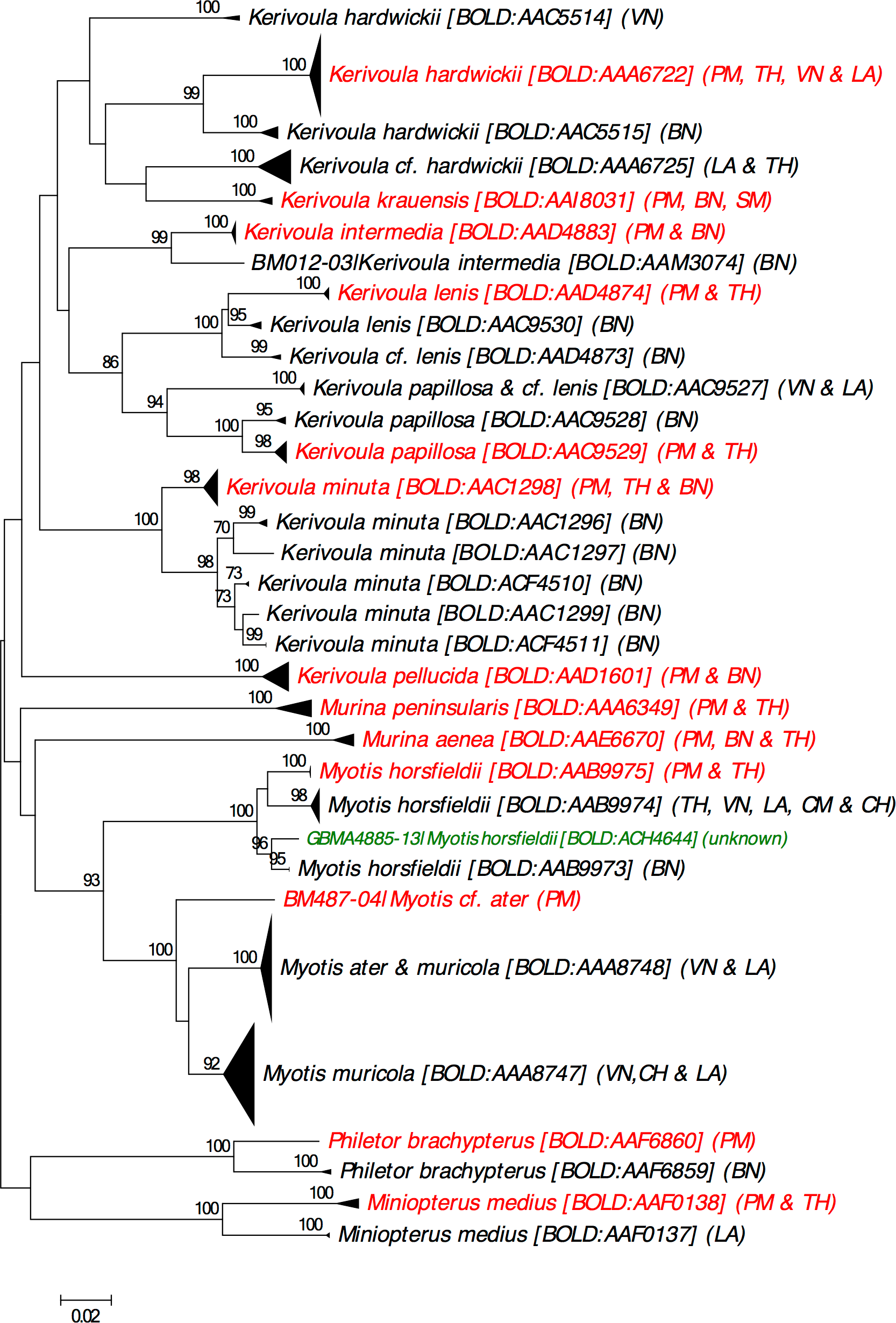