Among the species that occurred in small numbers on privet, the small green stink bug P. guildinii   was the most common. However, no nymphs and eggs were recorded, possibly indicating no reproduction. Adults were intercepted in greater numbers during April and May, decreasing thereafter. They were not recovered during late springand summermonths (November-February) ( fig. 7 View Figs ). Probably the increase in adult populations during April and May was due to dispersion of bugs from areas where soybean was harvested. In a similar way, bugs were not find on privet during November-February because at that time they were colonizing soybean, one of their preferred hosts.

No nymphs and eggs were observed in the field, and when we tried to raise nymphs on privet fruits in the laboratory they all died. Although P. guildinii   is a major pest of soybean in South America ( PANIZZI & SLANSKY, 1985), and is commonly found feeding and reproducing on wild legumes of the genus Indigofera ( PANIZZI, 1992)   , it is difficult to maintain a colony of this bug in the laboratory on either of these host plants. 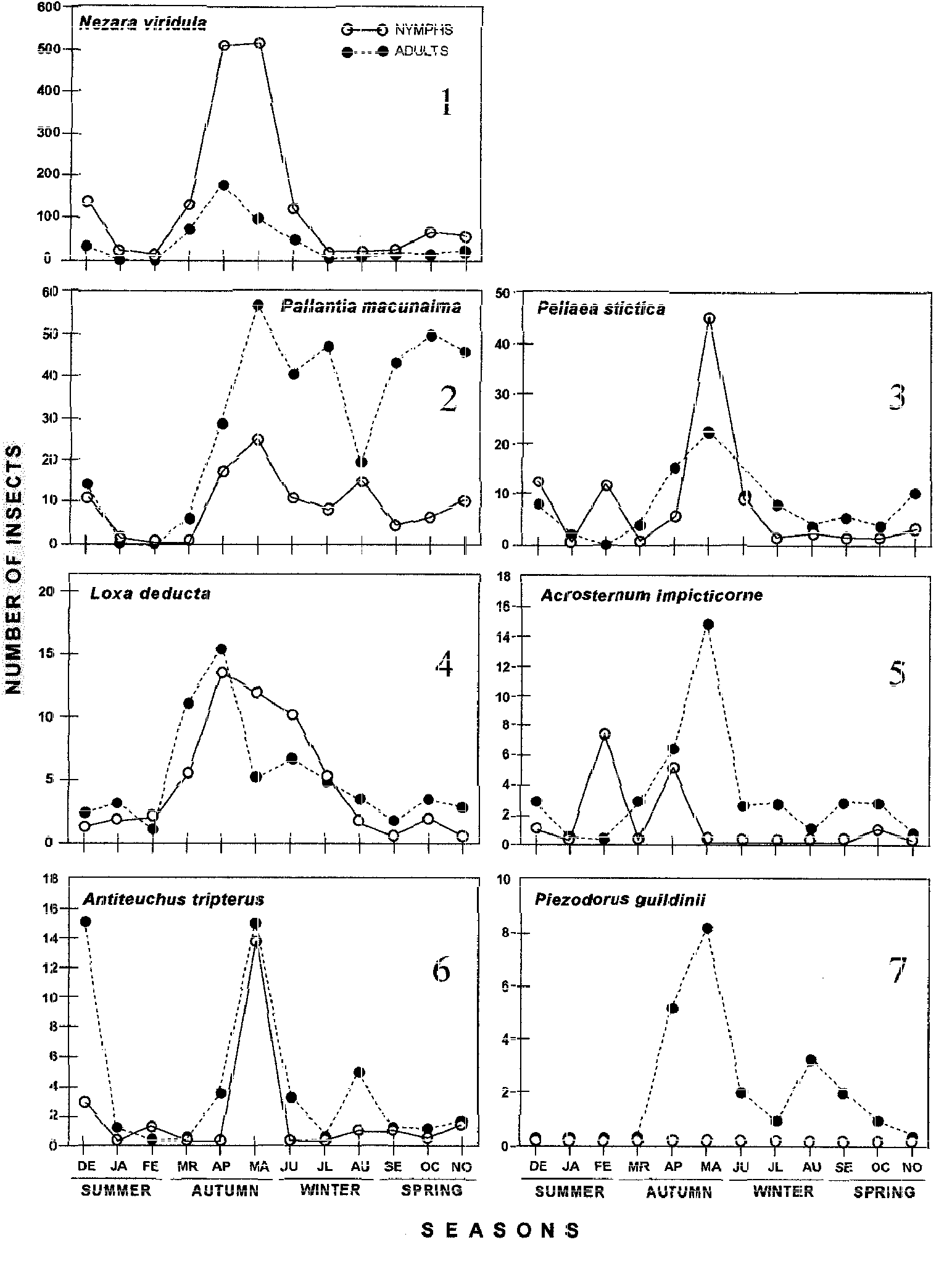