Variability. The examined specimens from the Republic of South Africa and Zimbabwe differ slightly in the shape of the basal part of the parameres (compare Figs 4 View Fig A–E and 4F – J) but seem to be identical in all other aspects including the morphology of the median lobe. Examination of much larger material from Africa covering the known distribution would be needed to reveal whether these differences may be constant and correlated with geography; without such a study we consider the observed differences to be intraspecific variation for the moment.

Differential diagnosis. Thysanarthria atriceps seems to be the only species occurring in Africa and is hence easy to identify. In form of the median lobe and parameres it resembles only the Arabian T. brittoni from which it differs in relatively longer and narrower parameres and less constricted phallobase.

Biology. The species seems to be usually collected at light. Examined South African specimens were collected from wet sandy banks of a small lowland stream ( Fig. 11E View Fig ), the beetles were found when the sandy parts were flooded with water or pressed to get submerged, which caused the beetles to float on the water surface.

Distribution. Central and southern part of Africa and Madagascar (where the type locality is situated); on African continent so far recorded from Togo, the Ivory Coast, Angola, Rwanda, Burundi, Malawi, Zimbabwe, Mozambique, and the Republic of South Africa ( HEBAUER 2006). 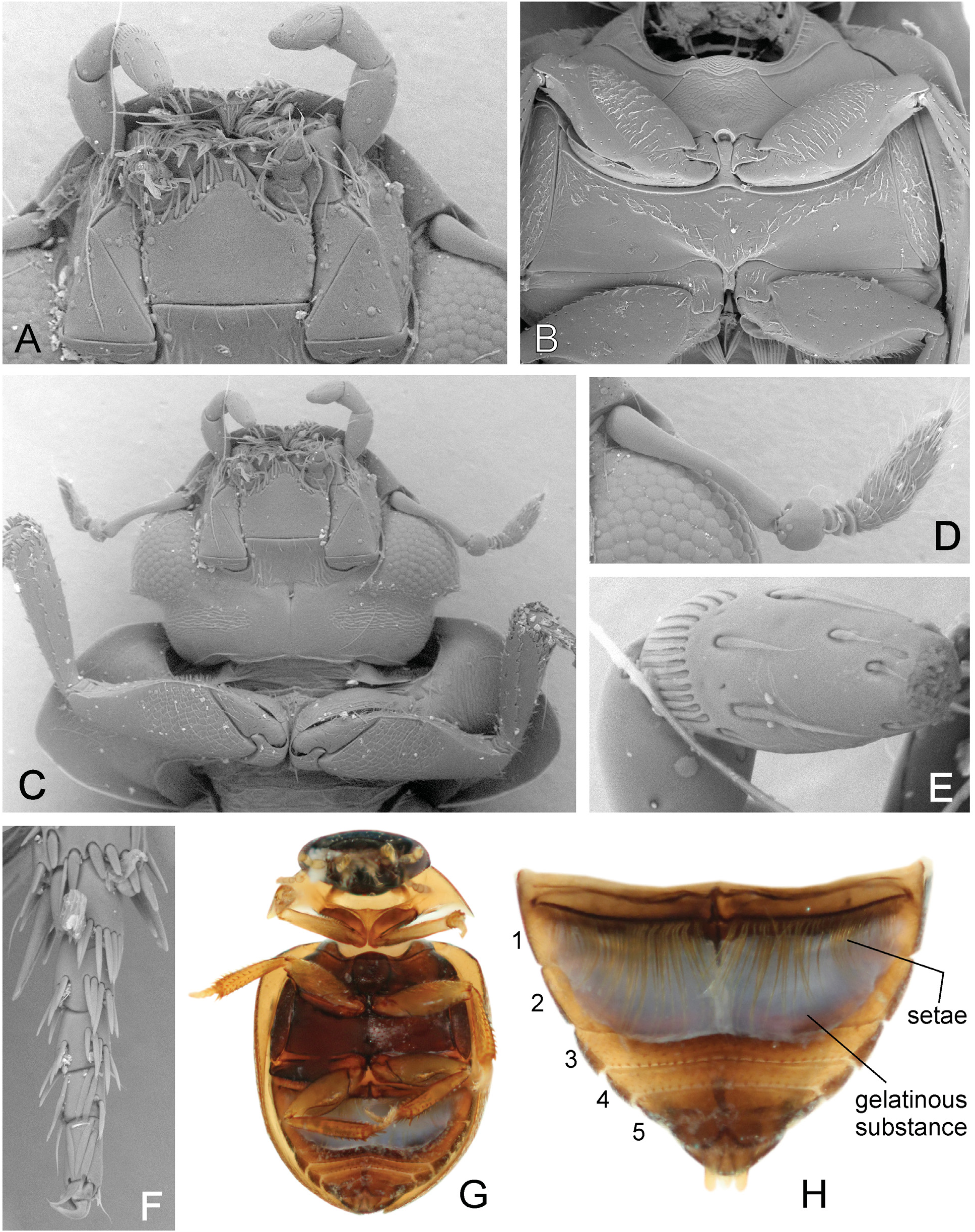 Fig. 3. Morphology of Thysanarthria. A – mentum and maxillary palps; B – meso- and metaventrite and meso- and metafemora; C – head and prothorax in ventral view; D – antenna; E – ultimate maxillary palpomere with basal peg-like setae; F – metatarsus; G – ventral view with gelatinous substrance on the base of abdomen; H – detail of abdomen with gelatinous substance in the cavity on ventrites 1–2. A, C–F – Thysanarthria championi (Knisch, 1924); B, G–H – T. atriceps (Régimbart, 1903). 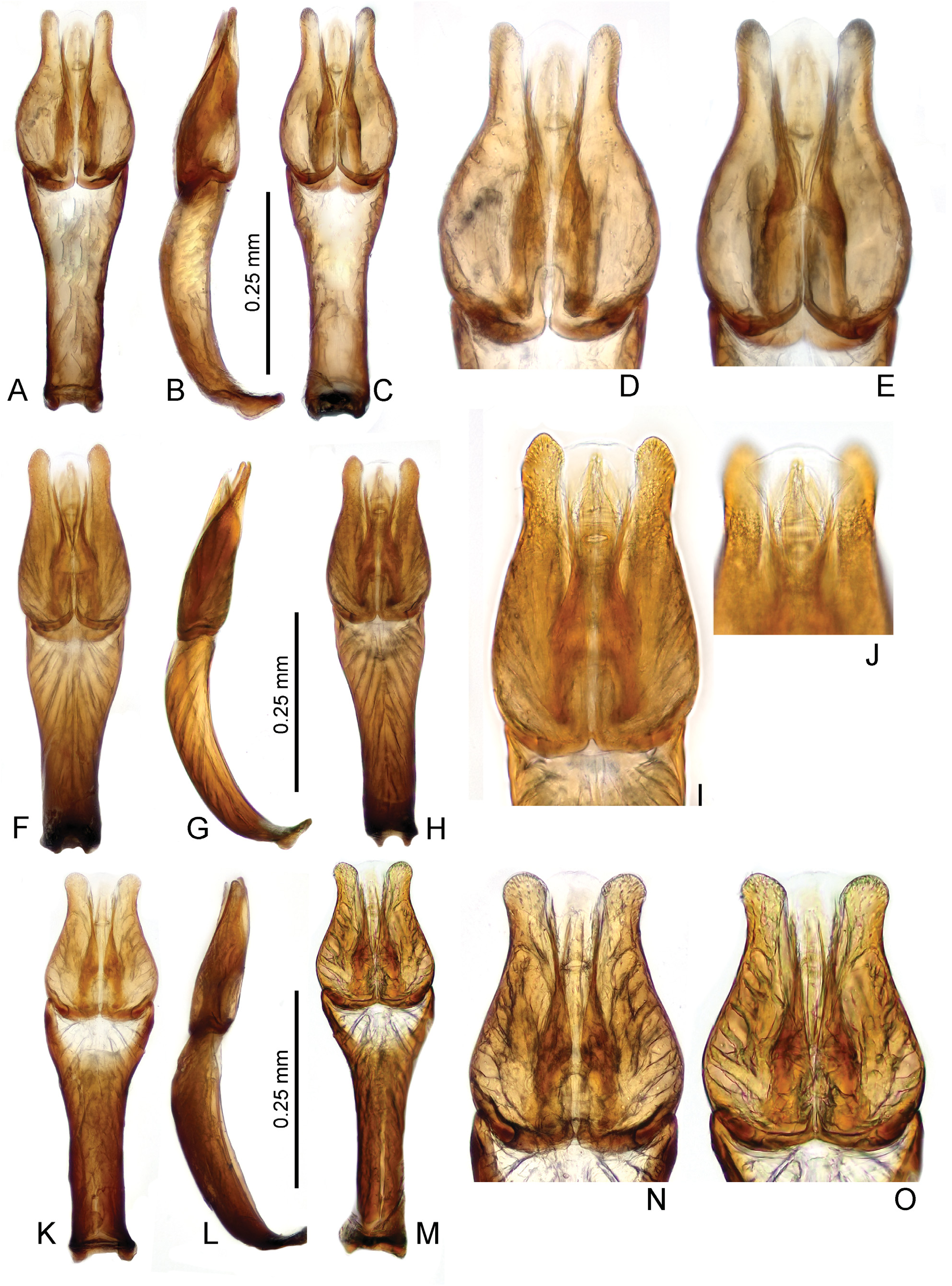 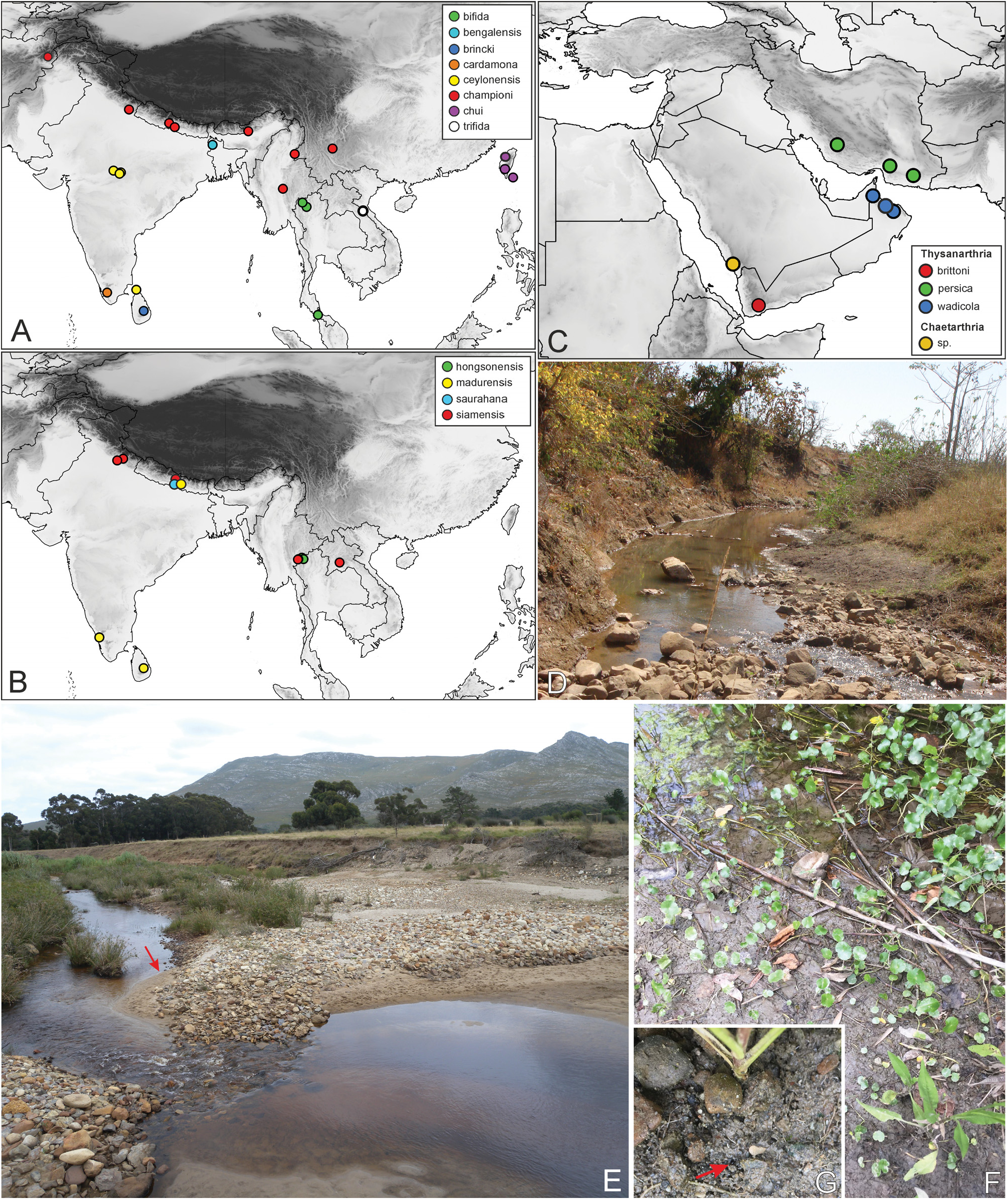