Diagnosis. The most compelling synapomorphy known for this group occurs in the larval stage, which will be described elsewhere. The caudal process of these species has a longitudinal, dorsal row of spines medially, short and barely protruding in D. calciphila   sp. nov., but much more developed in the other two species. The epiproct, typically a prominent, small, round, oval, subrectangular or triangular sclerite positioned between the 9 th tergum and proctiger lobes of the male terminalia in related congeners, is reduced in this group (compare Figs 21–23 View FIGURES 21 – 24 vs 24). The following characters serve to distinguish males of this group from all other known species of Dixa Meigen   : scutum brown; wing hyaline, lacking infuscation; epiproct reduced; basal gonocoxal lobe subovoid to rounded, its greatest width ca. 1 / 3 X length of gonocoxite, not extended beyond basal 2 / 3 of gonocoxite, horizontal margin not distended dorsally, resulting in no proximal bulge when viewed laterally; gonostylus triangular as seen in lateral view; restricted to the eastern Nearctic. 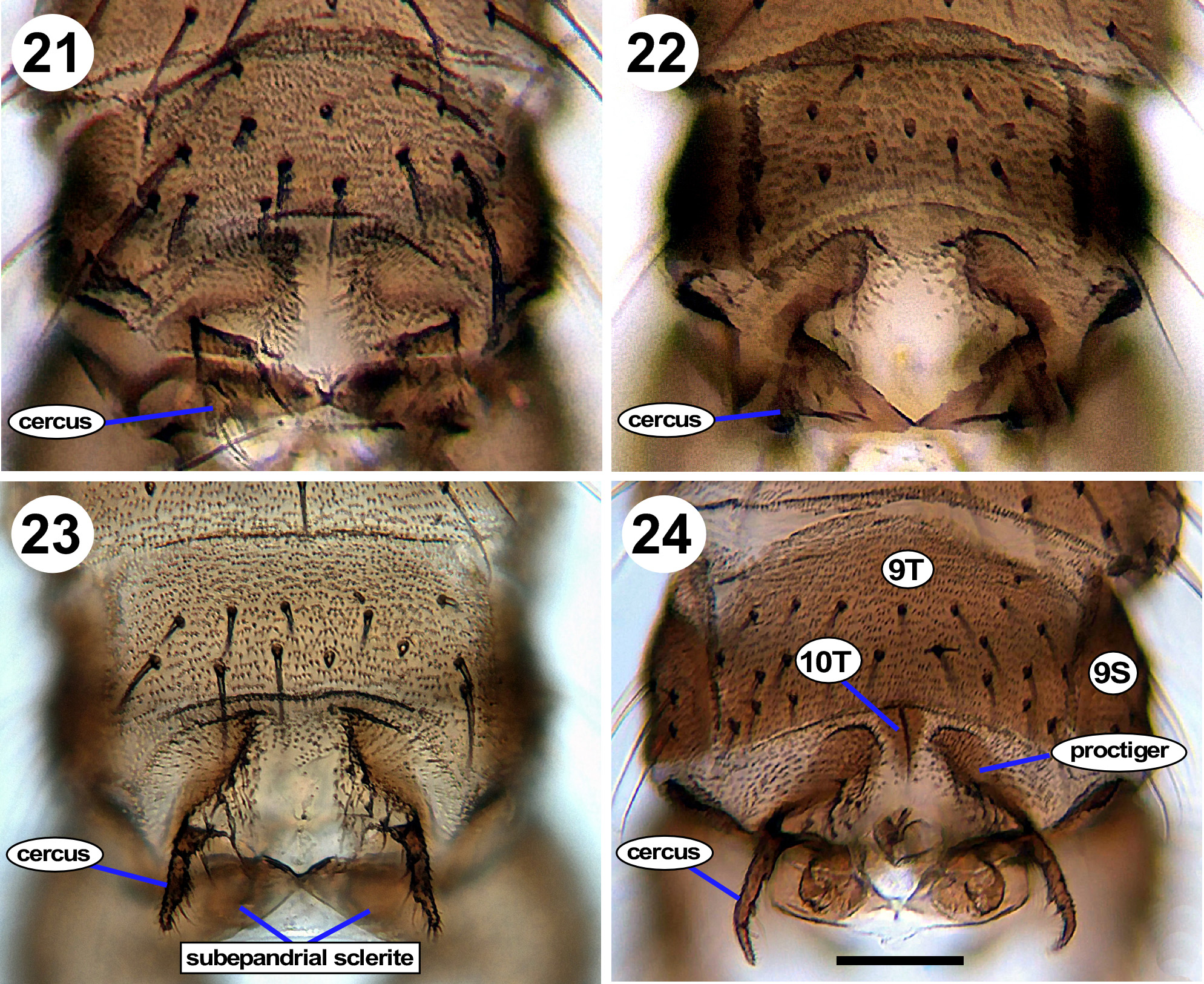