Chris J. Hodgson & Douglas J. Williams, 2016, (Hemiptera: Sternorrhyncha, Coccomorpha) with particular reference to species from the Afrotropical, western Palaearctic and western Oriental Regions, with the revival of Antecerococcus Green and description of a new genus and fifteen new species, and with ten new synonomies, Zootaxa 4091 (1), pp. 1-175: 85-87

Comment. The above description differs slightly from that of Lambdin and Kosztarab (1977) in that the division into sizes of 8 -shaped pore on the dorsum was difficult and it appeared that there were more than two sizes. The adult female of An. oranensis   can be diagnosed by the following combination of character-states: (i) dorsum with three or four sizes of 8 -shaped pore; (ii) dorsal 8 -shaped pores all similar, but largest just anterior to anal lobes and associated with apices of each stigmatic pore band; (iii) dorsal 8 -shaped pores sparse and not clearly in whorls; (iv) smallest dorsal 8 -shaped pores on posterior abdominal segments; (v) cribriform plates deeply invaginated, unevenly round, in a group of 1–6 submedially on each side of abdominal segment IV; (vi) leg stubs absent; (vii) posterior stigmatic pore band bifurcated; (viii) multilocular disc-pores in sparse bands across abdominal segments II –VI, plus one or two in VII and on metathorax, and (ix) each antenna with a broad, deep setal cavity but no apical cone-like point.

The adult female of A. oranensis   falls within Group B in the key to species of Antecerococcus   , and keys out close to A. pocilliferus   . 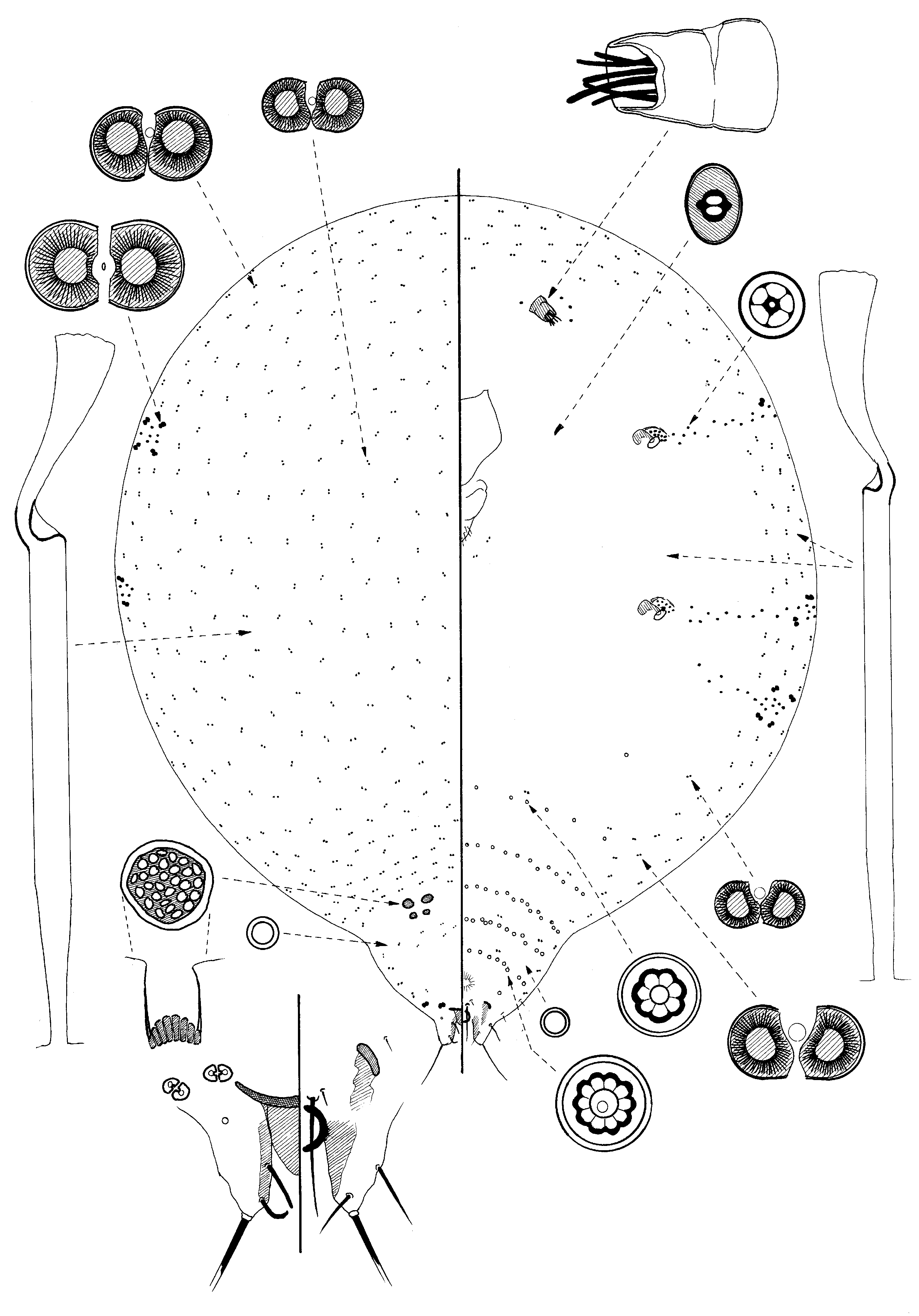