Assing, Volker, 2008, A revision of the Habrocerinae of the world. IV. A new species of Habrocerus from China and additional records (Coleoptera: Staphylinidae), Beiträge Zur Entomologie = Contributions to Entomology 58 (1), pp. 135-144: 141-142

The known distribution of Habrocerus indicus   is confined to northern India and Nepal ( ASSING & WUNDERLE 1995, 1996).

Based on the morphology of the primary and secondary sexual characters, the species refers to the H. capillaricornis   species group, whose original distribution is confined to the Palaearctic region. From all other species of this group, H. splendens   is distinguished by the sparser puncturation and the less distinct microsculpture of the abdomen, as well as by the distinctive internal structures of the internal sac and by the secondary sexual characters (shapes of male sternite VIII, as well as of female tergite and sternite VII). For illustrations of the sexual characters of other species of the H. capillaricornis   group see ASSING & WUNDERLE (1995). The only other Habrocerus species   that was previously known from China is H. schuelkei ASSING & WUNDERLE, 1996   from Shaanxi. This species, however, refers to the H. schwarzi   species group and is characterised by sexual characters of completely different morphology; for illustrations see ASSING & WUNDERLE (1996).

The name (Latin, present participle of splendere) refers to the glossy appearance of the species.

The type specimens were collected in two localities to the south of Tengchong ( China: Yunnan province) by sifting the leaf litter of deciduous forests at altitudes of 1750 and 1900 m. The abdomen of a dissected female paratype contained a conspicuous structure of unknown identity ( Fig. 11 View Figs 1-11 )   . 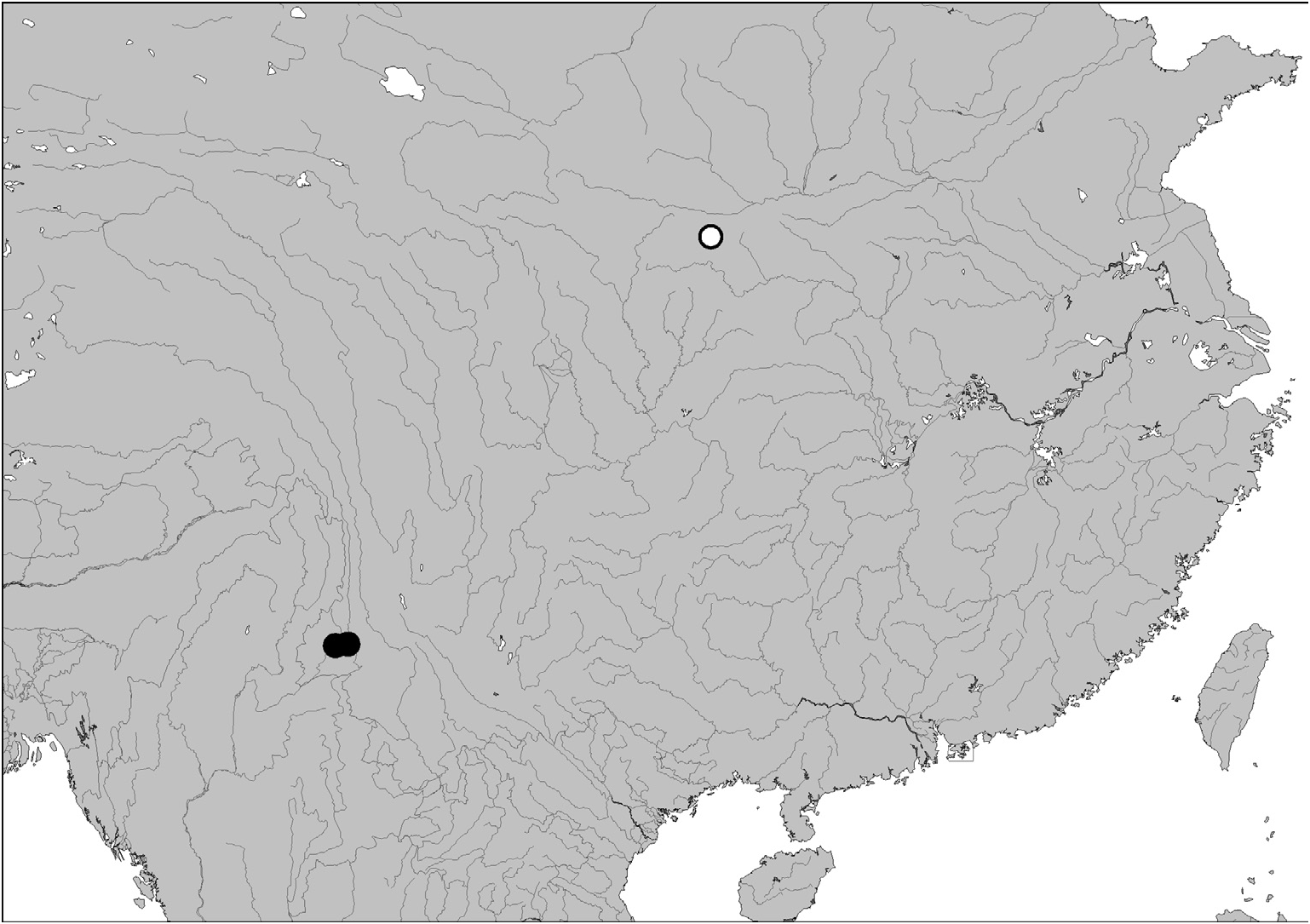 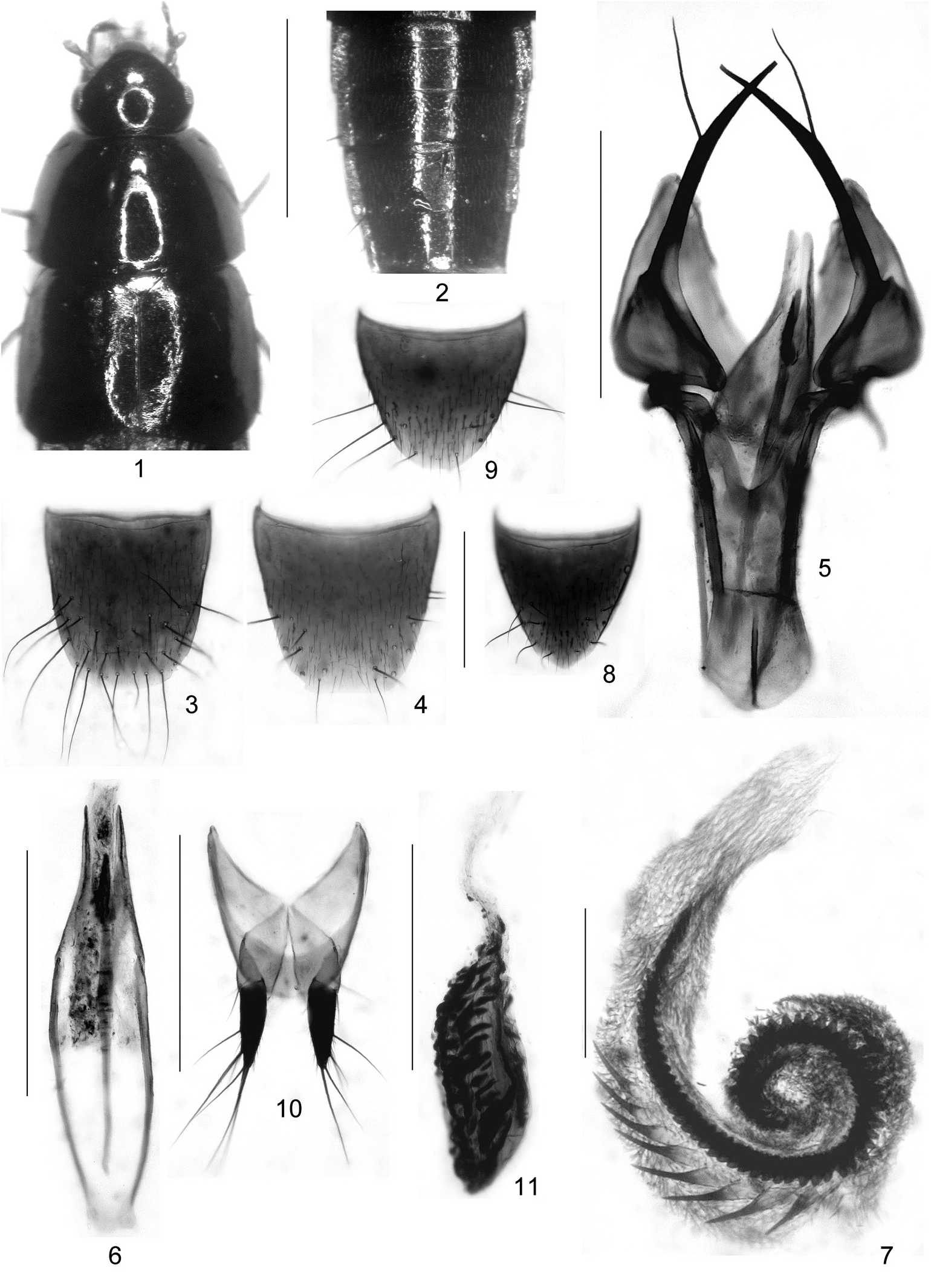