Diagnosis. The new species differs from all congeners by having a gonostylus with a single mesal branch that is sigmoidal in shape.

Etymology. The name sigmoidalis  refers to the sigmoidal (S-shaped) mesal branch of the gonostylus.

Comments. The type locality, Serra do Tabuleiro State Park, Santo Amaro da Imperatriz, is located in the Atlantic Rain Forest Biome, Brazil. The specimens were collected in a Malaise trap set at ground level in a mature forest, 10 meters upstream from a high waterfall, near dead trees. Other species of Parasycorax  have been collected in South America using CDC light traps suspended in the canopy, about 15 meters high ( Bejarano et al. 2008; Santos et al. 2009). Although the Malaise trap that collected P. sigmoidalis  sp. nov. specimens was set on the ground, it is possible that canopy fauna were sampled due to its proximity to the canopy of large trees downstream of the waterfall. 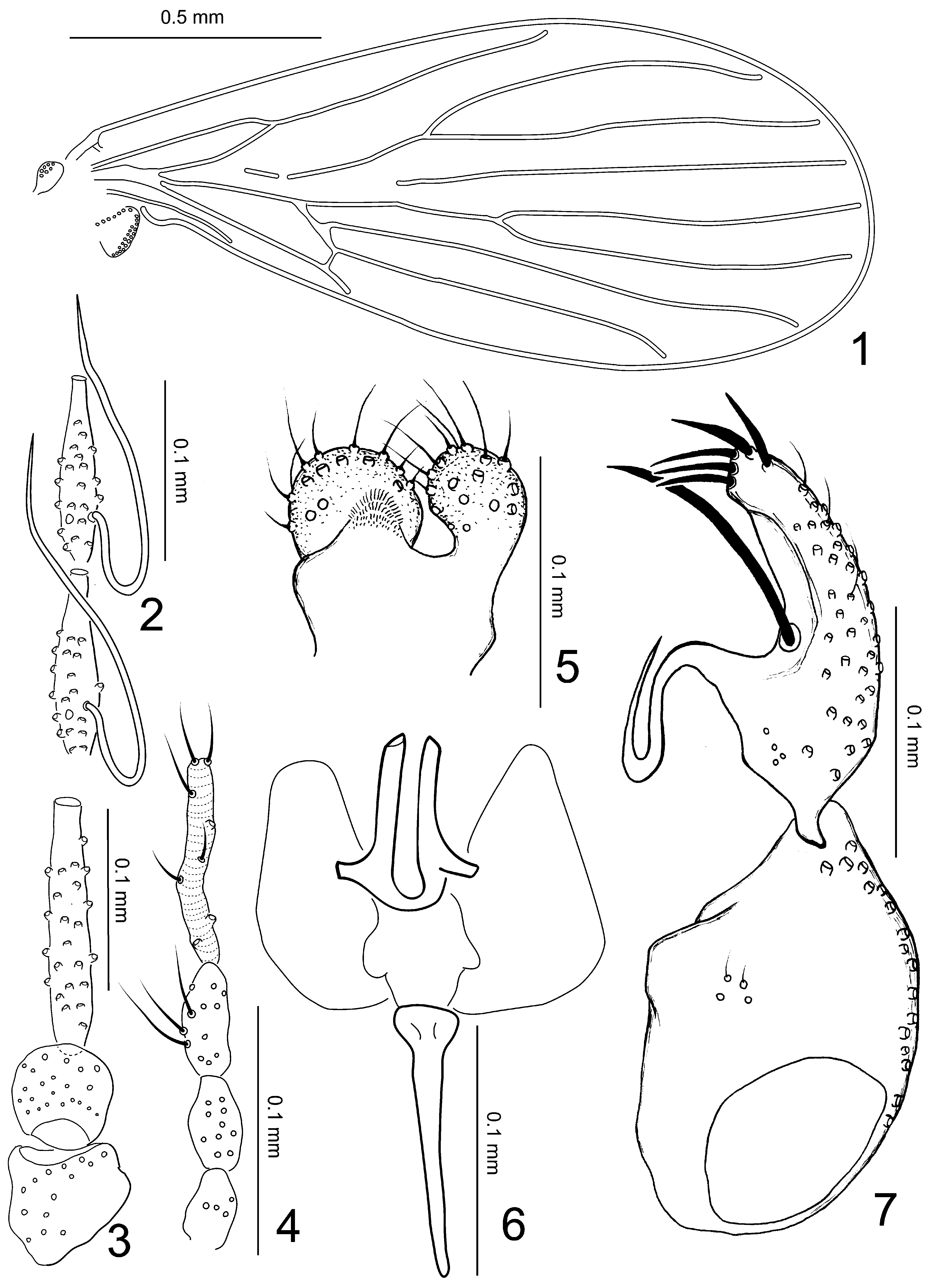